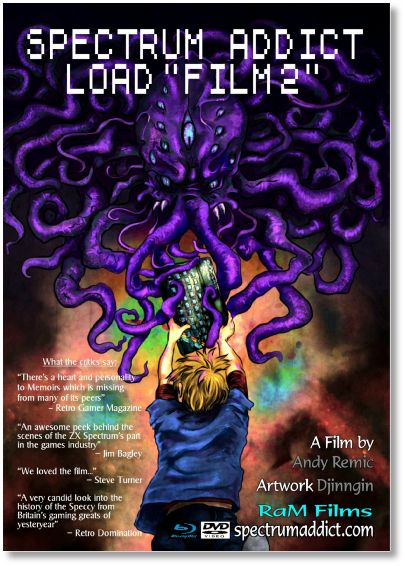 Santa brought me a ZX Spectrum 48K Christmas 1984. My Aunty Ann gave me ten whole pounds, with which I purchased Knight Lore, and within weeks my paper round money and (shh, dinner money – I survived on crisp sandwiches) meant I could buy one full price game a week. I lived the Spectrum. I breathed the Spectrum. It was in my blood and in my soul. I was addicted!

The Kickstarter has gone live and will run throughout October.

You can back the Kickstarter here.

The first film, Memoirs of a Spectrum Addict, met with critical acclaim and lots of nice people said nice things about it, like Retro Gamer Magazine who awarded it Pick of the Month and said, “There’s a heart and personality to Memoirs which is missing from many of its peers” and “It’s a delightful labour of love”.