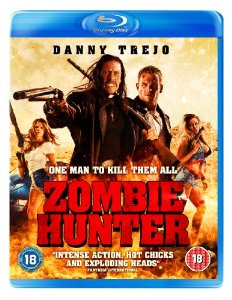 Described as “a straight shot of pure Tequila, V8 Muscle, Zombies From Hell, Sexy Gals, 80?s Synths, and Trejo”, you can imagine why Zombie Hunter had it’s World Premiere at the 2013 Fantasia Film Festival played out to a sold out crowd.