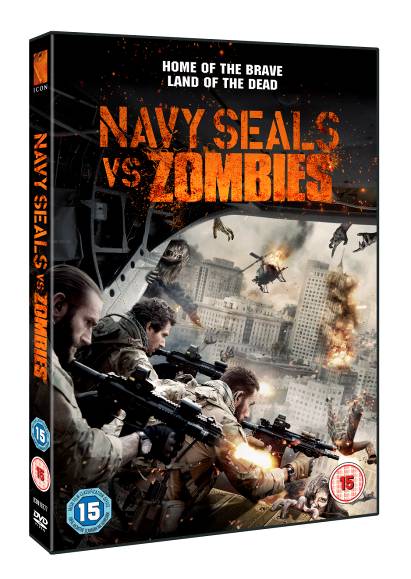 I love the Vs movies, especially Cockneys Vs Zombies and Freddy Vs Jason.

I love loads of stuff with Zombies, so I will definitly be checking out Navy SEALS Vs Zombies

So what is it about, other than the obvious?

Eighties action legend Michael Dudikoff (American Ninja, Olympus Has Fallen) stars as Commander Sheer, the leader of a crack team of Navy SEALS charged with extracting the Vice President from a situation gone bad in New Orleans. What Sheer’s team don’t know is that the ‘situation’ is a viral outbreak that is very quickly turning the residents of the Big Easy into flesh hungry hoards of ravenous zombies and sometimes the bullets run out…

Navy SEALS Vs Zombies also stars US TV stalwart Molly Hagan (iZombie, True Detective) as a CIA agent who knows more about the outbreak than she’s prepared to let on. The definition of a high octane guilty pleasure, this is one thrill ride that guarantees to be the perfect Valentine for gorehounds everywhere.

America’s bravest warriors take on the walking dead in Navy SEALS Vs Zombies, a stone cold case of ‘does exactly what it says on the tin’ coming to DVD from February 15th, 2016, courtesy of Icon Film Distribution.