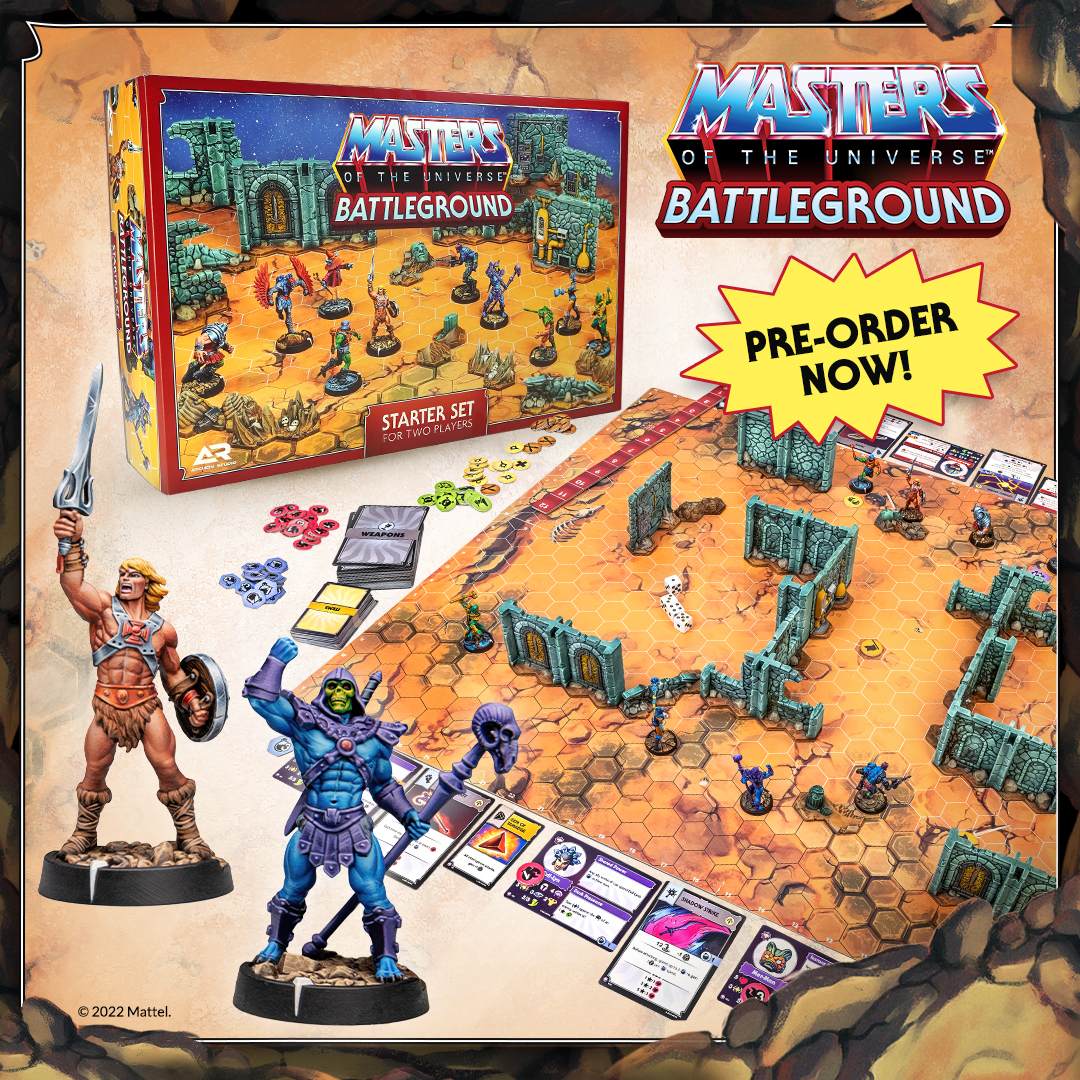 Masters of the Universe™ Battleground

Looking at the images the minis and terrain look lovely – but I do worry about the gameplay. Time will tell but gridded systems are old hat with skirmish games (with the possible exception of DEADZONE – but that takes it to another level.)

For your £75 you get terrain and 10 minis (He Man and 4 friends, Skeletor and 4 friends) a game board, a very slim rulebook and some cards and d6s.

It looks like Archon Studios are looking to make this a ‘system’ rather than a stand alone game, with 3 waves and a full new faction on the cards.

I would like to make this available through my store (EmpireGameStore)  but really need some preorders. (If you would like to preorder get in touch through the EGS Facebook Page