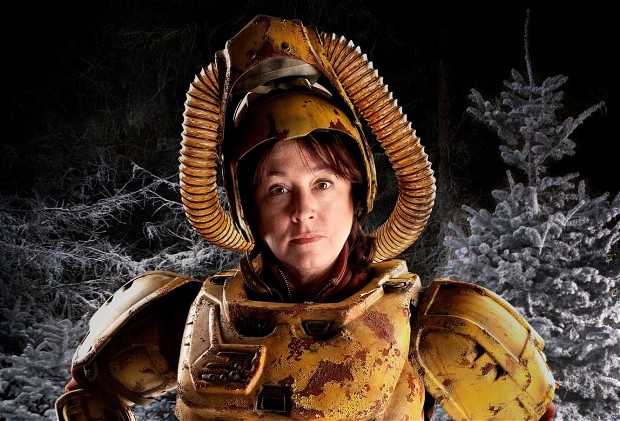 American born comedic actor Arabella Weir was officially cast as The Doctor in Doctor Who.
Best known for her role in comedies like The Fast Show, she has a history in straight drama in shows like Midsomer Murders.

Doctor Who is a British science-fiction television programme produced by the BBC from 1963 to the present day. The programme depicts the adventures of the Doctor, a Time Lord—a space and time-travelling humanoid alien.

Now. The sharp eyed among you may have spotted a glaring omission in the above, as the above announcement would have been better placed in 2003 (that is 13 years ago, how time flies) as Arabella was the first female to be cast in an official Doctor Who production, Doctor Who Unbound, Exile. Exile was released by Big Finish in October 2003 (and can be bought here).

Why and I doing this?

Well I am a bit miffed by the number of RIP posts appearing on social media for actors who have been long dead, the likes of Tony Hart, Roger LLoyd Pack and Leslie Nielsen.

It seems people are looking at click bait links and retweeting and liking on Facebook without reading the article.

See Why is Leslie Nielsen STILL dead? on the BBC website.

I am looking to see how many people share this as news, either looking to see if they can hook in others to the ‘hoax’ or to see who blindly shares this type of news.

I am not trying to trick anyone, and this will probably fall flat in its face as this is not the highest trafficked site, but “nothing ventured…”

Arabella Weir was in Televised Doctor Who – Doctor Who: The Doctor, the Widow and the Wardrobe – Christmas Special with Matt Smith as the Doctor!