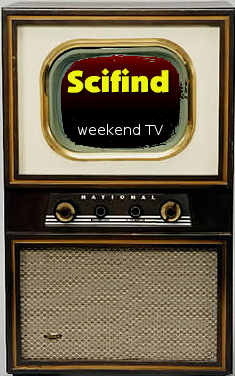 This week, I’m assuming that you have your early evenings all sewn up with Channel 4, so its launching into a Late Start to Friday – Bowfinger, a director intends to use low-fi reality footage to create a scifi film, but inadvertently films the incurse of some inept aliens to earth  – ITV1 at 10.35pm.  If you prefer your scifi less ‘reality TV, you can go for The Bourne Identity on ITV2 at 10pm.

Sunday is more varied.
Comedy fantasy horror Black Knight (2001) is at 7.10pm on Film4,  whilst the talons of star trek are seen in the Jonathan Frakes directed thriller Clockstoppers (2002) on Viva at 9pm. Later fare includes the original Highlander (1986) on Channel5.

Short, sweet and to the point. Have a great weekend, the last before the clocks go back!