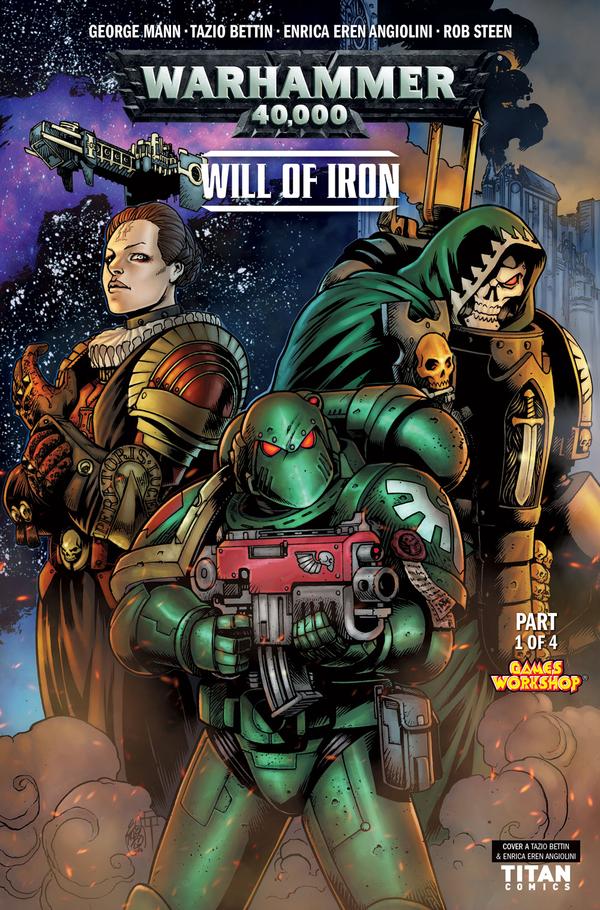 Will of Iron’, is written by George Man – writer of Titan’s smash-hit Dark Souls comic series, and illustrated by Independence Day artist Tazio Bettin (Sally of the Wasteland).

After a thousand years of warp storms, the Calaphrax Cluster has re-opened to the universe, and Baltus and his fellow Dark Angel Space Marines join a strike force sent to explore and secure the region, in search of forgotten artefacts and ancient technology! But the forces of Chaos are never far away… and a shameful Dark Angels secret from the Horus Heresy soon leads to a new front in the war!