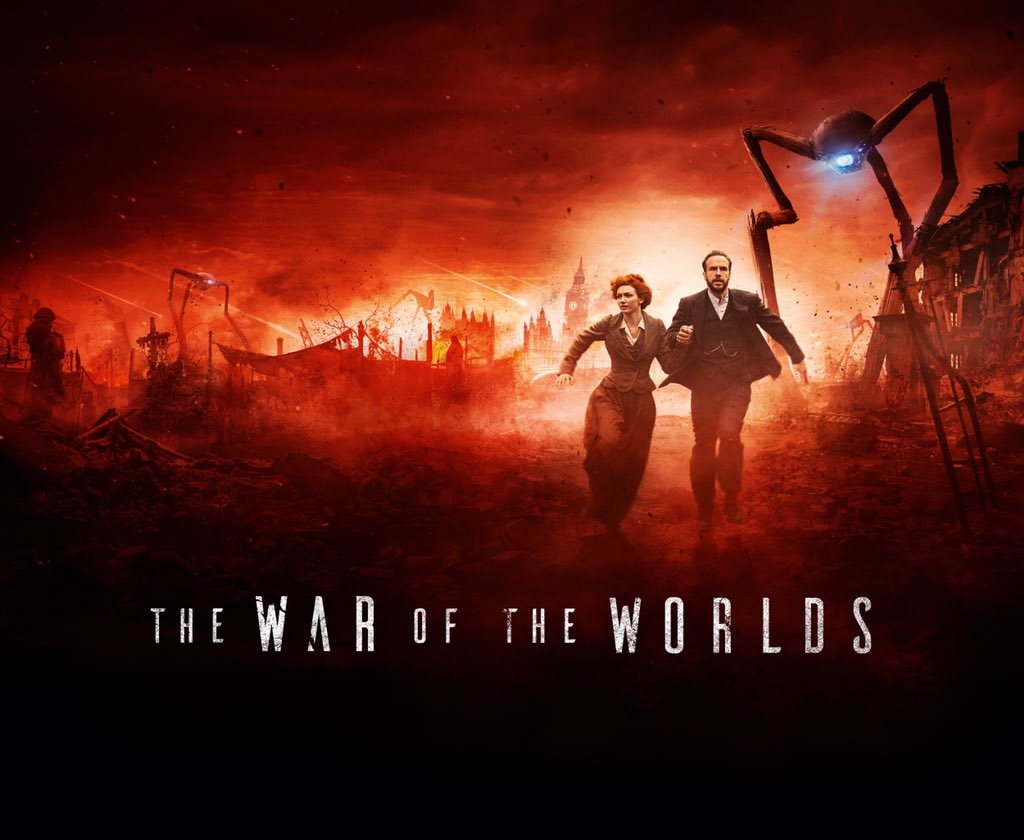 The Trailer for the BBC One The War Of The Worlds adaptation that is to be screened in Autumn 2019 is now with us, and it is looking good.

This promises to be possibly the most faithful version of HG Well’s classic to date. And looking at the trailer it will be a blast even if it diverts from the original plot a little.
The screen adaptation is on good hands with Peter Harness who has adapted  Jonathan Strange and Mr Norrell for TV and written several episodes of Doctor Who.
But this particular version of War Of The Worlds produced by the BBC has an odd little history. The original announcement and snippet in a BBC Drama trailer had it pinned to last years schedules, then it just disapeared.
After spending a year in the wilderness it is back, and those pesky martians are looking good.t
The official blurb so far states: “This is the original alien invasion story. Staring Eleanor Tomlinson, Rafe Spall and Robert Caryle, this tense and thrilling drama follows a young couple’s race for survival against escalating terror of an alien enemy beyond their comprehension. “

Glad to see we have the tripods of old and not the flying saucers of the original cinematic version made in the 1950s (Set ‘present day’ America is actually a good film, check it out War of The Worlds 1953 on Amazon.co.uk)

BBC War Of The Worlds Images

When is BBC’s War Of The Worlds adaptation being released?

So, who stars in this BBC Adaptation

Not The First War Of The Worlds Adaptation But Will It Be The Best?

The big question. H G Well’s source material has had many adaptations, this seems that the setting will leave it as the most loyal to the feel of the original.

But of the other adaptations, which is the best?

This is hard to say, but my personal take on these are as follows.

In conclusion, this much loved text does have a plethora of versions, remakes, sequels (yes there was an early 1990s sequel TV series of the 1953 movie, but that in turn was just a rip off of the 1980s Alien Invasion series V.)