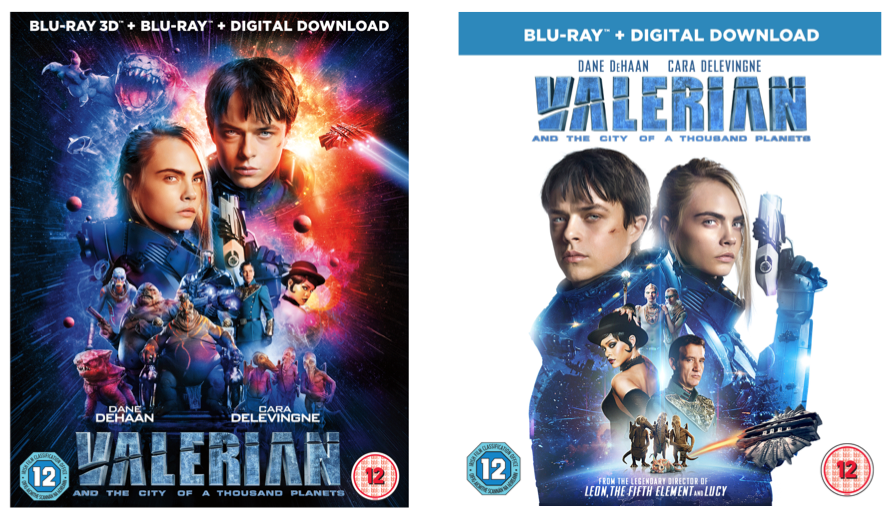 Brought to you by visionary director Luc Besson (“The Fifth Element”) and producer Virginie Besson-Silla (“Lucy”) and based on the renowned comic books by Pierre Christin and Jean-Claude Mézières, VALERIAN AND THE CITY OF A THOUSAND PLANETS will be available to own on Digital Download on November 25th and on 4K Ultra HD, 3D Blu-ray, Blu-ray and DVD on November 27th courtesy of Lionsgate Home Entertainment UK.

(*Extras appear on Blu-ray disc only)

In the year 2740 Valerian and Laureline are special operatives for the government charged with maintaining order throughout the universe. Under orders from their commander, Valerian and Laureline embark on a mission to the breath-taking intergalactic city of Alpha, an ever-expanding metropolis comprised of thousands of different species from all four corners of the galaxy. This great, historic, city is under attack by an unknown enemy. Valerian and Laureline must race against time to find the source of this evil and stop it before it destroys the cornerstone of our universe.