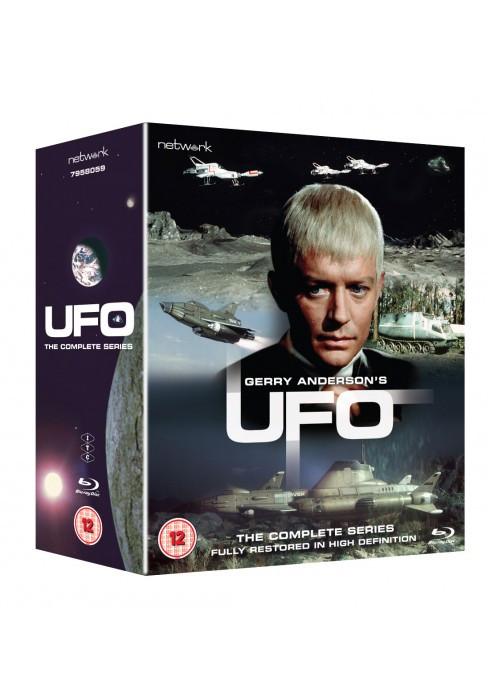 Anderson Entertainment, the production company of Gerry Anderson – legendary creator of Thunderbirds, Captain Scarlett Terrahawks, Space: 1999, Joe 90, Supercar and many more, are thrilled to announce that UFO – Anderson’s first live-action television series now released in a new High Definition restoration by Network Distributing, has sold out its first print run even before its official release date.

A second pressing of UFO – The Complete Series (12), which features all 26 episodes, is now being rushed through, allowing fans to buy it on Blu-ray set for RRP £89.99.

Jamie Anderson, Managing Director of Anderson Entertainment, said: “This shows the ongoing popularity of Gerry Anderson’s productions and is a testament to his enduring work. Anderson Entertainment continues to look after this legacy and help promote these cult classics. As part of our mission, we maintain an archive of stills and other material, in which we discovered over 200 pre-production UFO stills, including some taken of our national treasure, Joanna Lumley, during her previously unknown audition as a moonbase operative in the series.


A selection of these previously unseen stills are available on the Blu-ray set and are also available as postcard prints from the official Gerry Anderson store.”
Jamie adds: “It’s ironic for us that Joanna Lumley’s failed UFO audition may have been the big break she needed, as it meant she was free to appear in a James Bond film instead!”
UFO remains a benchmark sci-fi production, featuring mature storylines and ground-breaking special effects.

Special features on the Blu-ray set include