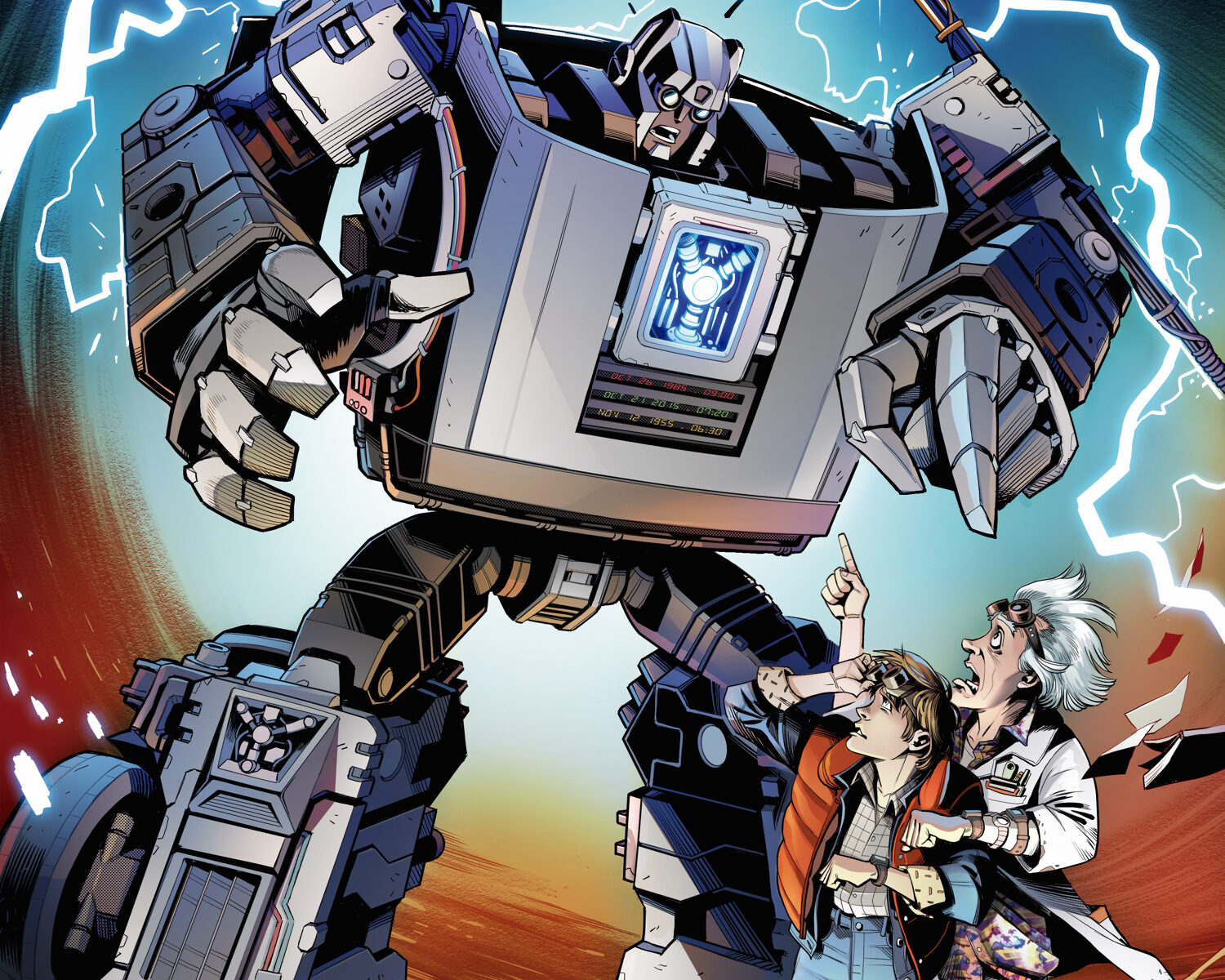 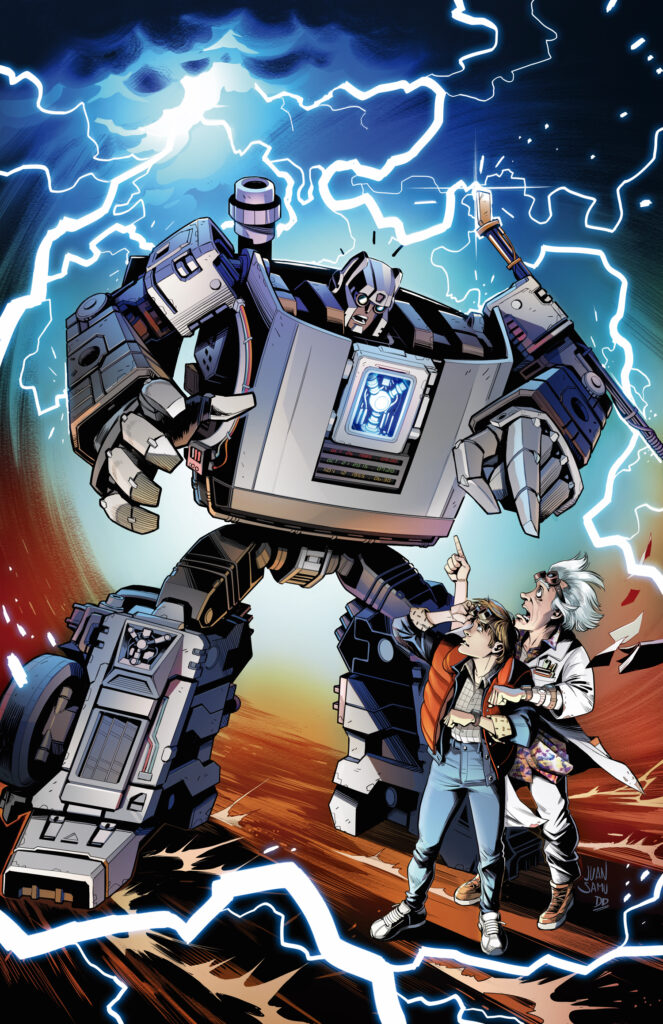 Two of the greatest science fiction franchises of the 1980s will collide this fall in an all-new comic book crossover event, Transformers / Back to the Future! Written by Cavan Scott (bestselling author and writer of IDW’s Star Wars Adventures) and illustrated by Juan Samu (Marvel Action: Black Panther), the four-issue miniseries will debut in October from IDW Publishing!

In the debut issue, Marty McFly returns from the adventure of a lifetime to a new, better Hill Valley… that is, until Marty and his friend Doc Brown’s time machine attracts the attention of the Decepticons. With one small mistake, Marty finds himself once again thrust into action to unravel a Decepticon plot in the past, present, and future… now with the help of a new converting time machine, the Autobot called Gigawatt!

“When I was asked to write the official crossover comic, I could only shout ‘Great Scott’ and dive in,” says writer Cavan Scott. “It’s the perfect fit. Both Transformers and Back to the Future are packed with adventure, humor, and (most importantly) heart. Plus, it gave me a chance to play with multiple Transformers timelines, harkening back to some of my favorite Transformers storylines of the ‘80s, while also bringing in elements of all three Back to the Future movies. Look out for classic characters, both human and Cybertronian, and a few surprises along the way!”

Artist Juan Samu says, “All my life I have waited for this moment! This amazing project, apart from being an authentic journey through time for me, has brought out my inner child in every scene. The Autobots, Decepticons, Marty, and Doc are so iconic that I feel super-excited to be able to draw them! Thanks to IDW, NBC Universal, and Hasbro for giving us this opportunity!”

“Transformers and Back to the Future have quite a bit in common,” says John Barber, Editor-in-Chief of IDW Publishing. “They’ve both inspired multiple generations of fans, they are both — at their heart — about characters and change, and they both have at least one really cool car. We’re extremely excited at IDW to get to bring these two worlds together!”

Transformers / Back to the Future #1 will be available with multiple cover variants for retailers and fans to enjoy, including Cover A by series artist Juan Samu, Cover B by Phil Murphy (Star Trek vs. Transformers), and two Retailer Incentive editions — one illustrated by Dan Schoening (Transformers / Ghostbusters: Ghosts of Cybertron) with the second featuring a photo of the hotly anticipated AUTOBOT GIGAWATT toy.

Timed perfectly with the announcement of the Transformers / Back to the Future miniseries, IDW Publishing is partnering with the Fleet Science Center of San Diego for “The Science of Back to the Future,” a discussion of science and science fiction hosted by Comic-Con International as part of their “Comic-Con@Home” programming schedule. Posting online on Thursday, 07/23/20, at 3:00pm, the panel will showcase Cavan Scott and Juan Samu as guests to discuss their work on the upcoming crossover, alongside panelists John Barber; Saura Naderi, Outreach Director at the Hal?c?o?lu Data Science Institute at UC San Diego; Dr. Lisa Will, Fleet Science Center Resident Astronomer; and moderator Andrea Decker.