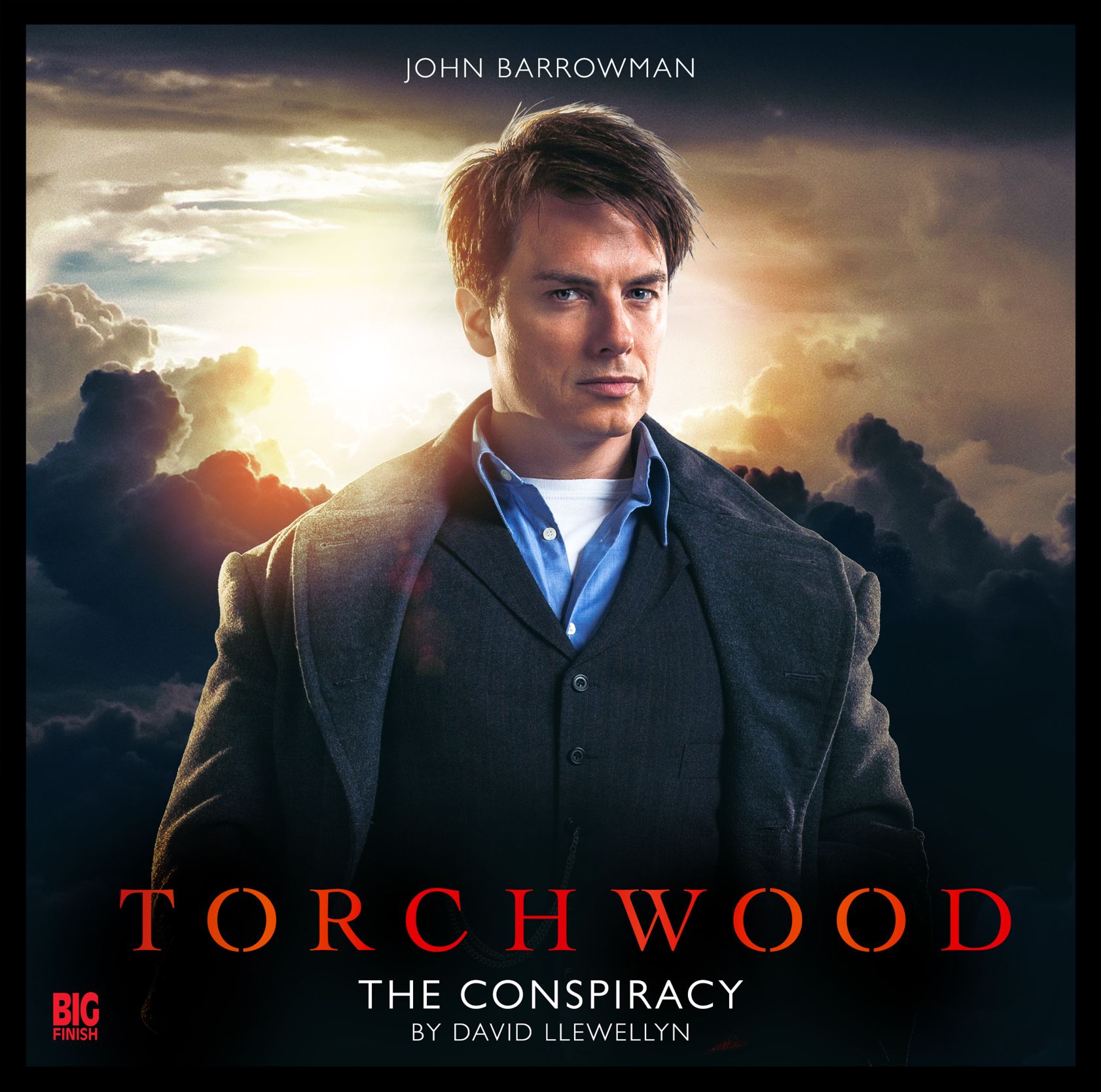 Torchwood was the breakout series from Doctor Who that firmly introduced swearing, sex and bloody violence into the Doctor Who universe.

Created by then Doctor Who showrunner Russell T Davies TORCHWOOD originally ran from 2006 to 2011 over 4 series.

Torchwood: The Conspiracy will start September 2015!

Big Finish Productions is delighted to announce a new series of Torchwood audio productions, in a licensing deal with BBC Worldwide. The six stories will be performed by members of the television cast, and the range will be launched in September with the return of John Barrowman as the irrepressible Captain Jack Harkness.

Conceived as a spin-off from Doctor Who, Torchwood was created by Russell T Davies (Doctor Who, Cucumber, Banana, Queer as Folk) and made its debut on television in
2006. The top secret organisation Torchwood saved Cardiff (and often the world) from alien menaces and terrible forces, trying to keep the city safe from the inter-dimensional rift that ran through it. In charge of Torchwood was Captain Jack, a man who has been called: “A companion to the Doctor, a rogue Time Agent, an immortal, a dangerous con-man, and very good at parties.” Captain Jack can’t be exterminated or trusted, and there’s just no stopping him.

The new series of audio dramas will each focus on different members of the Torchwood team, exploring the impact that a mysterious event has on them. Starting off the range will be John Barrowman, who stars in The Conspiracy, a deadly thriller by David Llewellyn.

Torchwood creator Russell T Davies says: “Torchwood has been to the Moon, and America, and the Himalayas, but now I think it’s finally coming home, to the brilliance of Big Finish.”

“What’s great about Torchwood is that it is as unstoppable as Captain Jack and just as persuasive,” says producer James Goss. “Torchwood has been a ratings success on nearly every BBC channel, and it’s one of the few UK series to translate to America. It’s already been a series of iPlayer-topping audio plays, and we are thrilled to continue it. It’s

just so exciting to be starting off the range with a drama starring John Barrowman – he leapt at the chance to display a whole new side to Captain Jack.”

Executive producer Jason Haigh-Ellery says: “It’s fantastic that we will be bringing Captain Jack back to life (for perhaps the thousandth time!) with Big Finish. There are many new Torchwood tales to be told and I can’t wait for Jack and his team to defend the Earth once again. I am very grateful for the continuing faith that both the BBC and Russell T Davies has shown in us and very excited to enter into a new world for Big Finish.”

Executive producer Nicholas Briggs says: “Torchwood is something we’ve wanted to do for ages. It has great characters and there are many stories to be told. Our mission is to bring a whole new series of dramatic adventures to life. We’re starting off with these more intimate, focused releases and will then move on to bigger casts and even wider scope. We’re very much looking forward to working with all the cast and it’s been such a pleasure liaising with
Russell T Davies about this. He couldn’t have been more supportive and helpful. Our Torchwood producer, James Goss, has really hit the ground running and his tangible enthusiasm is already proving rather an inspiration to us.”??

Additional cast members for the series will be revealed later. Torchwood: The Conspiracy will be released in September 2015, with the remaining five installments following monthly from January 2016. For many more details, watch this space over the coming months.