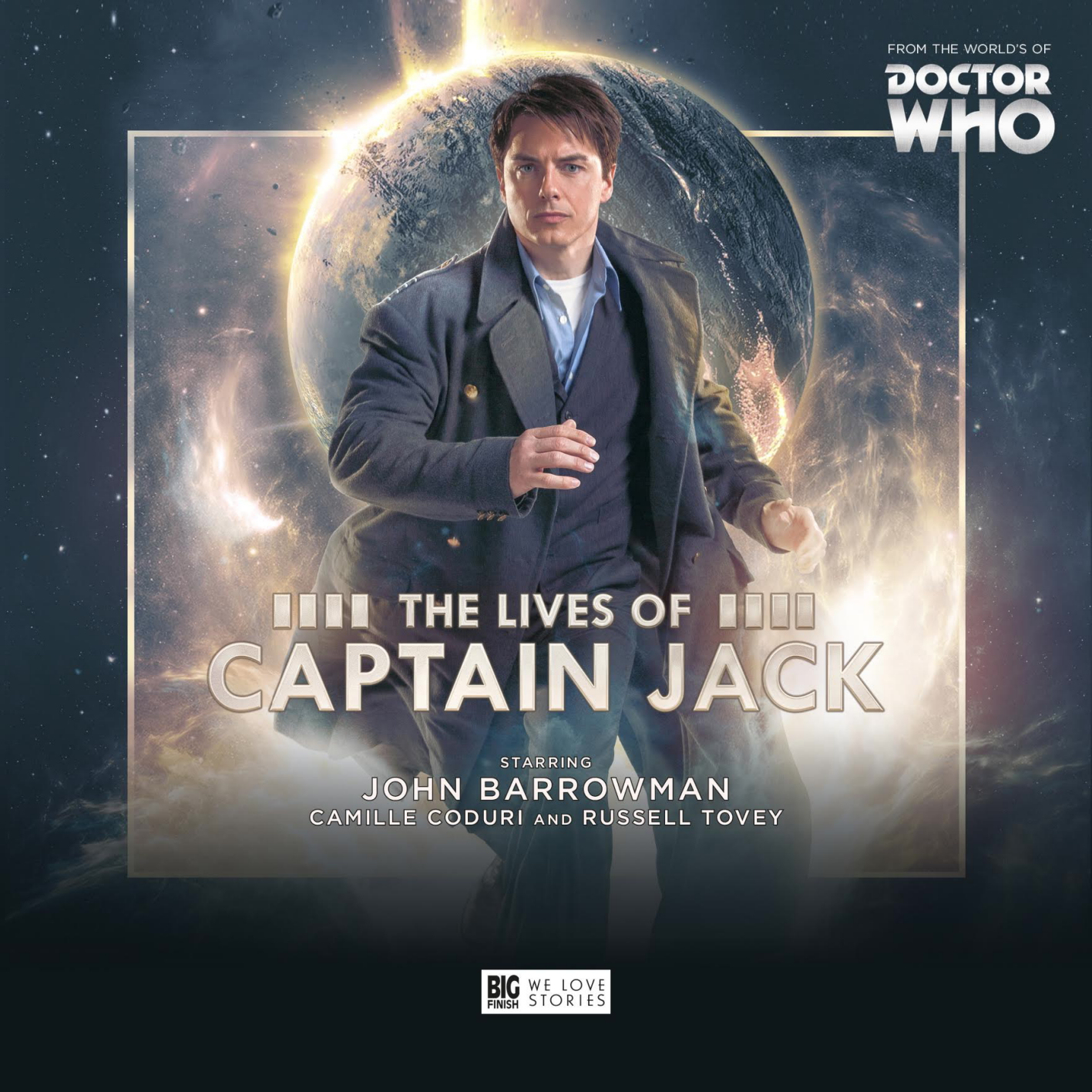 John Barrowman (Doctor Who, Torchwood, Arrow, The Flash and Legends of Tomorrow) returns to the Doctor Who universe as Captain Jack Harkness in The Lives of Captain Jack, a set of four full cast audio adventures from Big Finish, made under licence from BBC Worldwide.

==SciFind rant==
What Big Finish, seriously. Your press release cited Sarah Douglas being associated with Strippers vs Werewolves? Now I love Sarah Douglas in everything I have seen here in, and I actually really rate SvW but it is not something I would list her as being in on a press release. I would probably have just used Superman II and possibly V.
On the subject of V when is Big Finish going to look at licencing audios in the V universe? Would love to hear what was going on the the UK during the 1980s visits.
==rant over==

Scott Haran (Wizards vs Aliens), Aaron Neil (Class) and Katy Manning (Doctor Who) the four adventures see Captain Jack in different times and on different planets, doing battle with a variety of strange and horrible enemies, from Mother Nothing to the Council Of Three.

“I find it really easy to slip into Captain Jack,” laughs John Barrowman. “There’s a bit of Jack in John and vice versa. What’s great about these stories is that they’re the kind of episode we didn’t have time for on TV – exploring aspects of Jack that you’ve never seen before in a timey-wimey way. And getting to work with Camille was amazing. If you’re a fan of Captain Jack, or Torchwood or Doctor Who, then I say get them.”

Released in June 2017, The Lives of Captain Jack is written by Guy Adams and James Goss.
The stories include:
THE YEAR AFTER I DIED: Set in the year 200,101, on an Earth ravaged by the Daleks, we see Jack struggling to save humanity from its oldest enemy.
WEDNESDAYS FOR BEGINNERS: Jack and Jackie Tyler (Camille Coduri) must unite to rescue the Powell Estate from a force whose name Jackie can never say.
ONE ENCHANTED EVENING: Captain Jack and Alonso Frame (Russell Tovey) have only just met. But why did the Doctor want them to be together?
MONTH 25: He’s the young star of the Time Agency, and his whole life is about to fall apart. But that’s not going to stop him winning.

The Lives of Captain Jack is released in June 2017 and is available to pre-order from
www.bigfinish.com