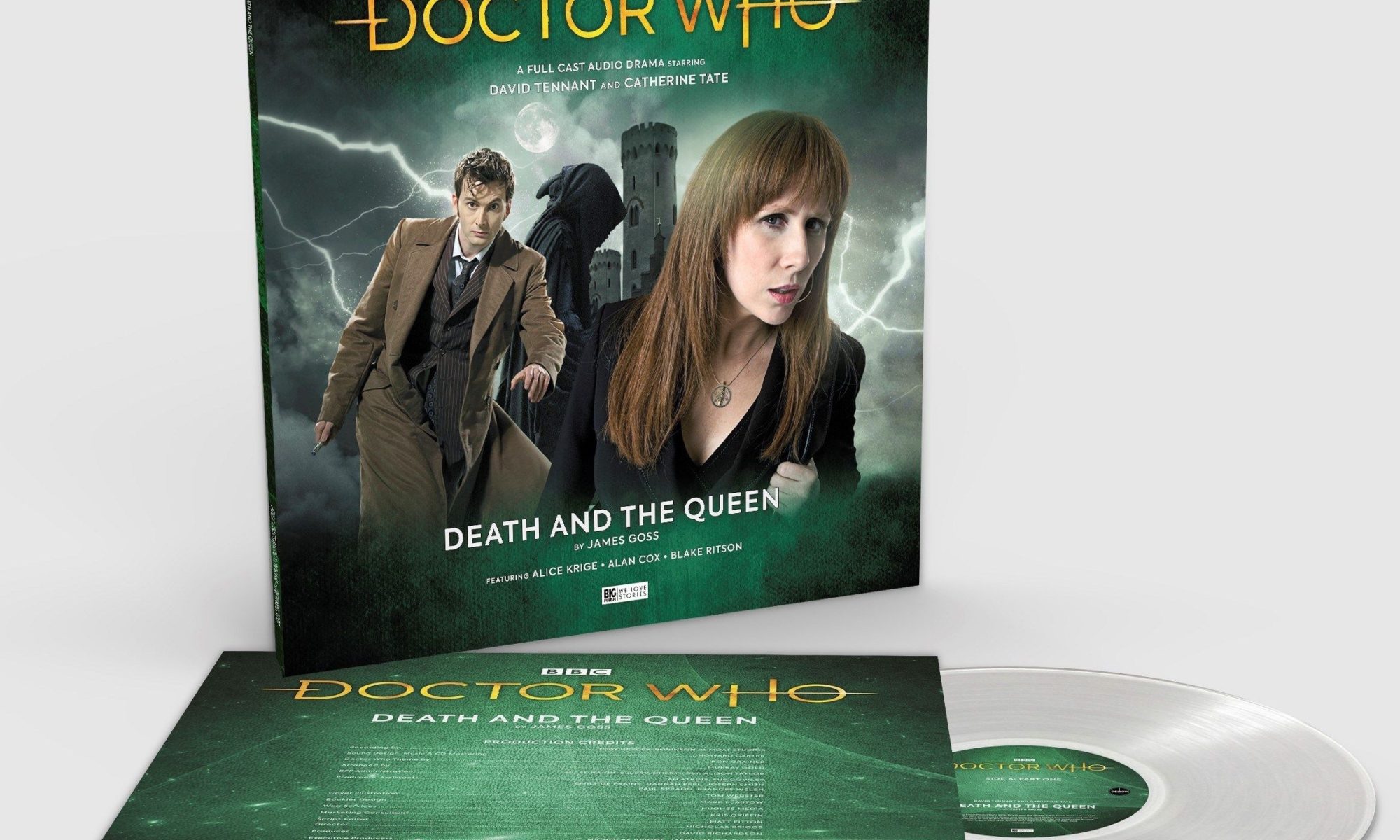 HMV will launch Doctor Who: Death and the Queen starring David Tennant and Catherine Tate on 6th September 2019. It will be released as a numbered limited edition of 1,250, on clear vinyl – only available in the UK.

Donna Noble has never been lucky in love.

So when, one day, her prince does come, she is thrilled to have the wedding of all weddings to look forward to. Though the Doctor isn’t holding his breath for an invitation. And her future mother-in-law is certainly not amused.

But on the big day itself, Donna finds her castle under siege from the darkest of forces, marching at the head of a skeleton army.

When it looks like even the Doctor can’t save the day, what will Queen Donna do to save her people from Death itself?

David Tennant portrayed the Doctor on screen from 2005 until January 2010, returning to play alongside Matt Smith and John Hurt in the 50th Anniversary Special, The Day of the Doctor in 2013. Catherine Tate made her debut as Donna in December 2006, and after a series and two Christmas specials, she made her last appearance alongside David on 1st January 2010.

Doctor Who – The Tenth Doctor Adventures: Death and the Queen was written by James Goss and nominated for the best Audio Drama in the 22nd annual Audie Awards.