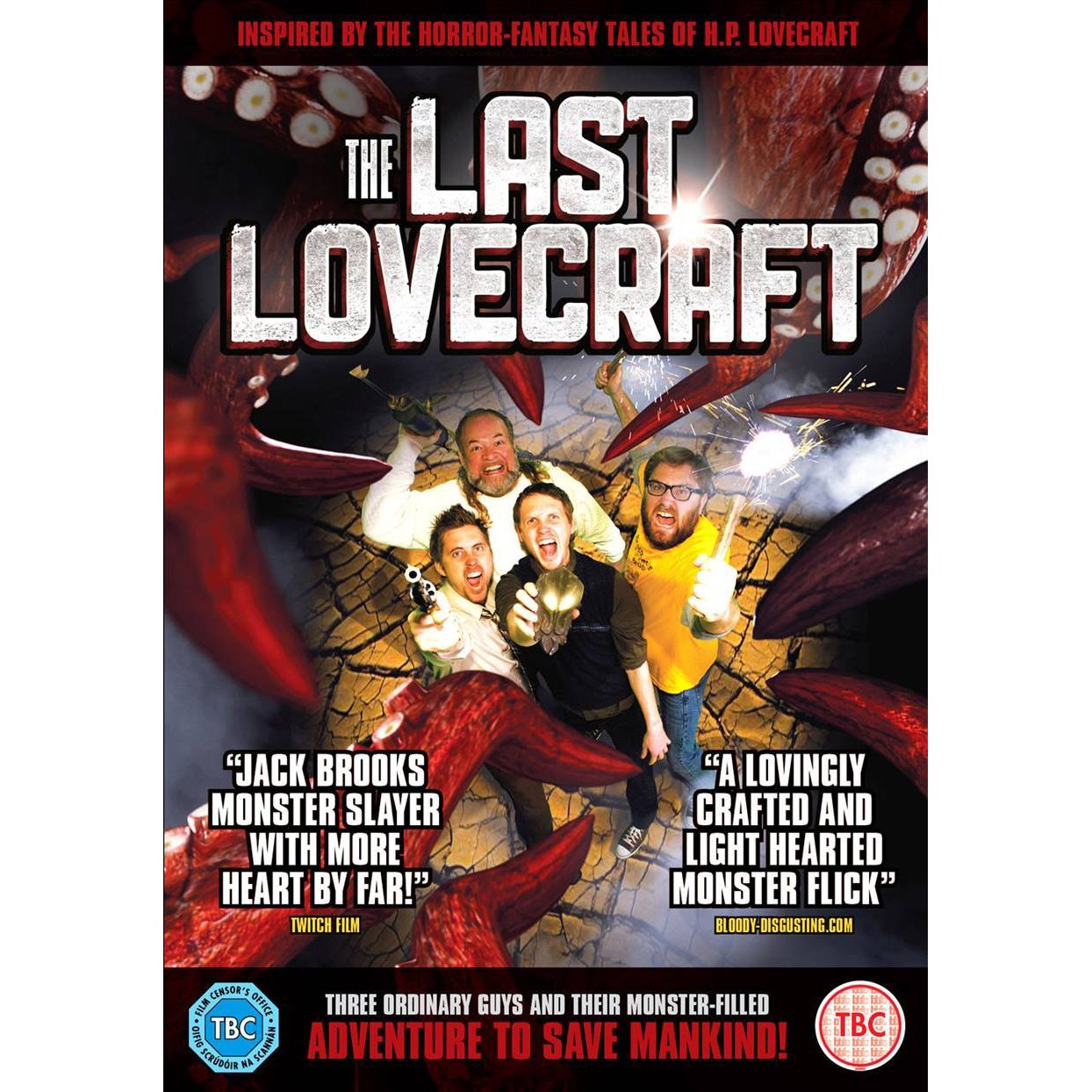 I was fortunate to catch The Last Lovecraft: Relic of Cthulhu on the UK Horror Channel a while ago. Lucky as it is one of those oddities where you can actually be introduced to a decent horror comedy by pure chance.

If you are a die hard HP Lovecraft fan you might have a fright at this horror comedy. It is loosely based on the Cthulhu Mythos, if the comic book version. The monsters are not going to deplete your SAN (sanity) – but look more like the type of ‘man in mask’ monsters that might look more at home in 1980’s Doctor Who. But, with The Last Lovecraft: Relic of Cthulhu that is not a bad thing.

This is a slick horror comedy road movie which it punctuated by the comic book cuts through out, with a nice 2 min comic book sequence setting up the entire Cthulhu Mythos.

A desk jockey becomes a slayer of aquatic demons in this blend of horror, fantasy and comedy from director Henry Saine. Jeff (Kyle Davis – previously seen in the 2009 remake of Friday 13th) is a regular guy with a dull job in an office complex who is certain there’s nothing remarkable about himself. But Jeff learns he’s wrong when he’s approached by an eccentric old man and told he’s surviving relative of the great horror writer H.P. Lovecraft. That might seem interesting in itself, but there’s more — Jeff is informed Lovecraft’s tales of terror weren’t entirely fictional, and the Cthulhu, and the his evil fish-like humanoids minions (Deep Ones) that figured in so many of his stories, and are planning to unite two parts of the key that will free Cthulhu from his submerged prison city of R’Lyeh . Jeff being of Lovecraft’s bloodline may be genetically resistant to the sanity draining forces of the evil to be encountered (or some such shit) and with the help of his buddies Charlie (Devin McGinn, who also co wrote the script), an obsessive comic book fan, and Paul (Barak Hardley), who has been a Lovecraft authority since high school, Jeff and monster hunter Captain Olaf (Gregg Lawrence) set out to defeat the Cthulhu’s StarSpawn while humanity still has a fighting chance.

I am actually hoping that this movie spawns a bigger scope sequel, there was a hopeful Mountains Of Madness tie in sequel hinted at the end of the film, and I hope that this is more than wishful thinking by the writers.