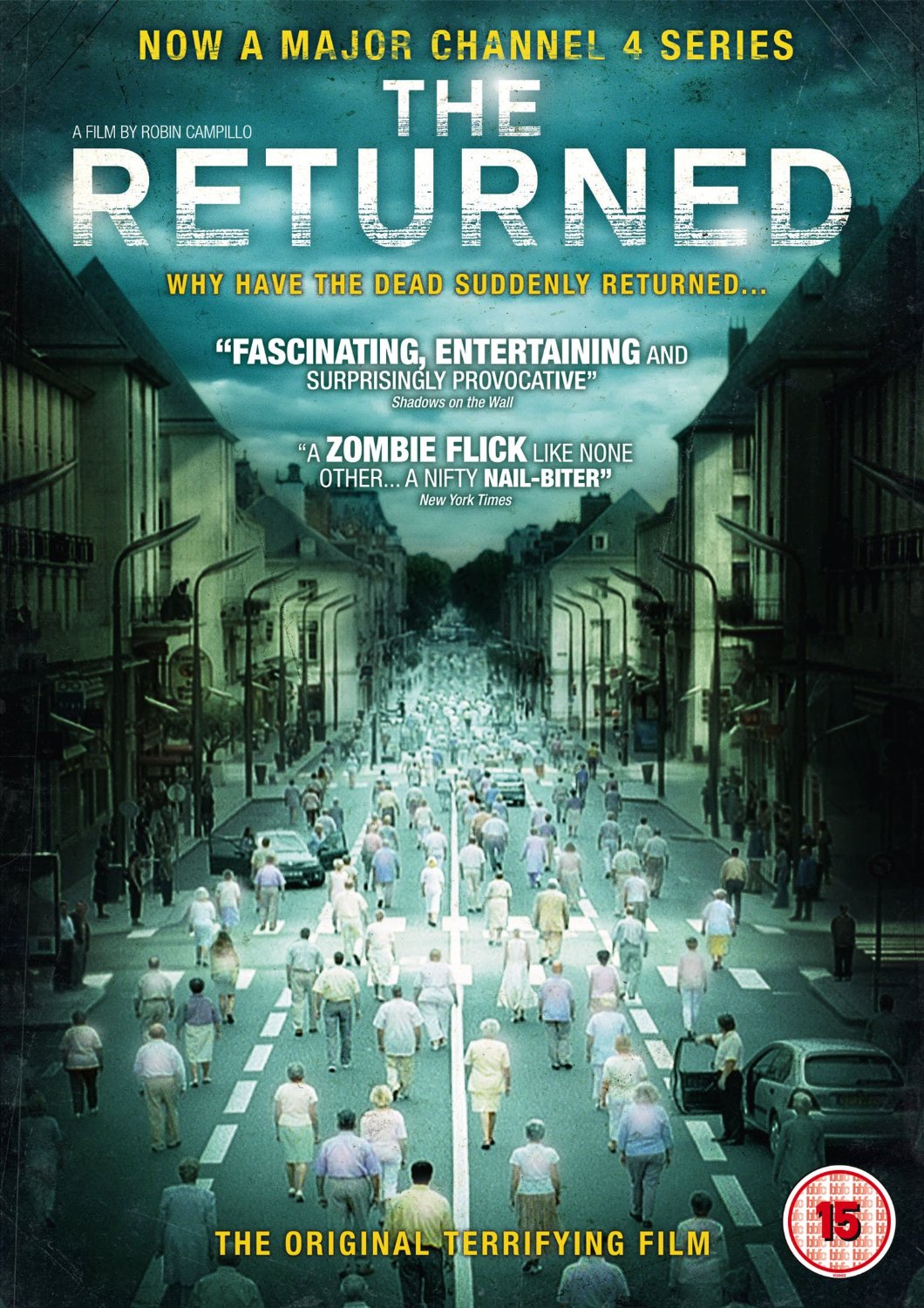 Tonight, the fifth episode of The Returned airs. The French series has established itself as one of the most profoundly unsettling pieces of TV in years, with an air of restrained menace and an ever growing sense of foreboding. However, as is always the case with series like this, there’s a nagging fear;

What if it all falls apart at the end? What if none of it makes sense?

And, hand in hand with that is the belief that if you miss the start of a show like this you can’t hop aboard. Trust me, you can, and this article will help you do just that. Here’s what we know so far;

The Returned are all people who have died in the town across the last thirty plus years. We’ve never seen one actually appear, just simply walk back into their lives. They haven’t aged from the moment when they died and have no memories beyond that point. Or if they do, at the moment, they’re not telling.

Their memories seem variable, possibly depending on the circumstances of their death. Camille can clearly remember the bus crashing, and, it seems, Victor causing it by standing in the middle of the road. On the other hand, Serge has no memory of the method of his death and Simon either doesn’t remember or isn’t prepared to admit he does. Victor remembers everything about his murder and relives it constantly in his dreams.

The Returned are all extremely hungry, and there’s a hint that this hunger is growing. Simon beat a man senseless for food when he first got back and the half-eaten animal corpse in the bin at her house suggests that Camille may have resorted to tracking and killing food in order to sustain herself. There’s also some evidence of them being unusually strong, evidenced by the shot with the butterfly in the opening episode and Simon’s tremendous talent for violence.

There’s some evidence this has happened before. Both Pierre and the local Priest have talked at length about there being precedent for these events but in both cases it’s ambiguous as to whether they’re talking about Jesus or someone else. In either case, the Priest especially is remarkably accepting of the idea that Adele both sees and talks to Simon. He initially seems to believe it’s Simon’s ghost, or Adele’s subconscious manifesting itself, but again there’s no evidence this is his actual thinking.

Camille and Lena, her twin sister, may have swapped places on the day of the crash. Shortly before it happened, Camille suffered a panic attack and seemed to experience her sister having sex with her boyfriend. Camille’s return has also been one of the most tense, constantly struggling with Lena for dominance within the family. Again, this is ambiguous but it could mean that Camille is actually Lena, and is bitterly resentful of her sister for ‘stealing’ her life in the four years she was away.

None of The Returned have come back happy or at peace. Camille is trying to fit back into a nest that isn’t there anymore, Victor is still tormented by his violent murder, Serge goes straight back to his own killing spree and Simon is both intent on stealing Adele back and still troubled by the idea of being a father. Like almost everything with the series there’s a lot of ambiguity here but it’s been implied, heavily, that Simon killed himself when he found out Adele was pregnant with his child.

The town itself is even more disturbed. The bus crash tore an entire generation apart (Although I notice we’ve only seen Camille Return so far from that group of dead) but the town was in trouble long before that. Serge’s horrifying knife/cannibalism attacks were never solved, just stopped, and the area is still traumatised by them. In a particularly nice touch, that doesn’t stop anyone going into the Pub that his brother Toni runs. It’s also been implied, heavily, that Toni killed Serge to stop the murders.

That’s not all the town’s hiding either. Thomas, the police chief and Adele’s new fiancé hid cameras in the house two years previously because he was worried she was going to hurt herself. It’s also implied that Lena’s father Jerome injured her whilst they were both at the Pub, and the keloid on Lena’s back is a result of neither of them seeking treatment for it. As yet, we’ve no idea whether this is true or what the exact circumstances of the fight were. Worst of all, Pierre, the spearhead of the bus crash memorial and a community leader in the town, is a (possibly) reformed criminal who was there when his partner murdered Victor and his entire family.

There’s a longstanding view in certain types of supernatural fiction that the barrier between this world and the next is a veil and that veil can be parted by the correct people or circumstances. The veil seems particularly thin in the village. As well as the hints this is not a new phenomenon in the area, there’s the power cuts that seem to herald the arrival of a batch of The Returned and Lucy, the psychic waitress who can occasionally talk to dead people. It’s unclear at the moment whether she’s alive or dead, and also whether her abilities were what drew Serge to her. This idea of the veil being thinner in the town may also explain how Adele’s daughter can draw Simon, and Simon’s suicide, with such apparent accuracy.

Then there’s the water. Something is going very badly wrong at both the reservoir, where the water level is falling, and the power station, where’s it’s rising. Pumping has begun at the power station and robotic submersibles are being used to check for cracks in the reservoir. What’s becoming apparent is no one has any idea why these events are happening. Also, the water supply in the town is behaving very oddly, with sinister noises heard in the pipes of the church and black water spewing from a tap elsewhere.

The Returned may not be the only things made physical. What seemed to be a second attack on Julie, the only woman to survive the first wave of attacks, by Serge was revealed to be Julie apparently attempting to stab herself. She was stopped by Victor. However, Victor occupied the exact same position in the scene as Julie’s hallucination of Serge. It was either an imagined attack, a manifestation of Julie’s own terror, Victor disguised somehow as Serge or Julie’s nightmarish memories of Serge made manifest by whatever is also bringing the Returned back. This may also explain how Julie’s neighbour killed herself in what seemed to be an exact copy of Serge’s knife attacks.

We’re four episodes in and there’s a long way to go, but, as you can see, the show has a good idea where it’s heading. It’s an amazing piece of TV, measured and calm and completely menacing and if you’ve not seen it before, do please give it a try. Between this article and any previous episodes you can see, you should have everything you need to spend time in the most disturbing village in modern TV. Just for God’s sake stay away from the underpass…