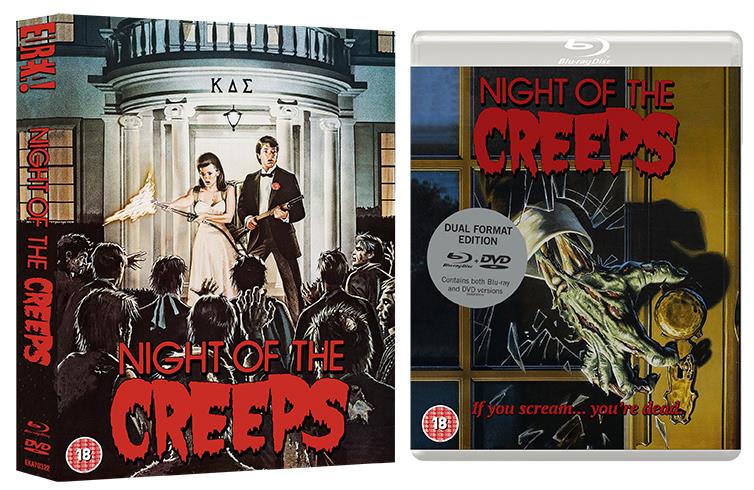 Eureka Entertainment to release Fred Dekker’s NIGHT OF THE CREEPS, a simultaneously frightening and hilarious 80s horror classic, in a Dual Format (Blu-ray & DVD) edition as part of the Eureka Classics range from 8 October 2018. Presented with a Limited Edition O-Card slipcase and booklet [First print run only]

When an alien experiment goes awry, it crashes to Earth in 1959 and infects a young college student. 27 years later, his cryogenically-frozen body is thawed out by fraternity pledges, and the campus is quickly overrun by alien creatures – whose victims come back as zombies! Fred Dekker‘s supremely enjoyable throwback chiller deftly combines classic horror and sci-fi elements with delicious humour and loving in-jokes.

Presented for the first time on Blu-ray and DVD in the UK, this deluxe edition of Night of the Creeps features the original director’s cut and a host of special features.

Night of the Creeps on AMAZON UK