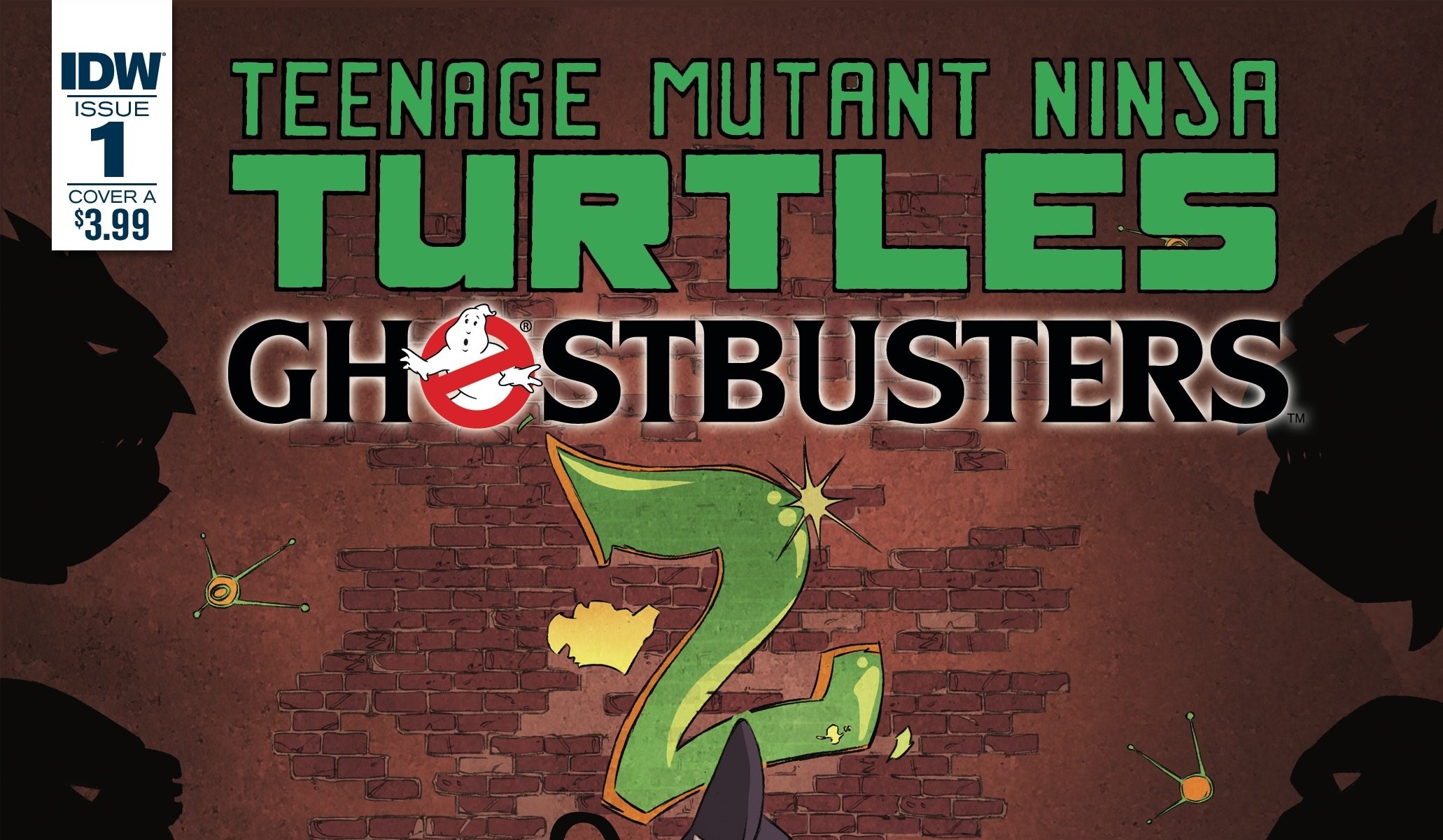 San Diego (July 20, 2017) — This November, the Teenage Mutant Ninja Turtles and the Ghostbusters reunite for an inter-dimensional comic book adventure (and probably a large pizza!) in the upcoming weekly crossover event series from IDW Publishing.

Our story begins when an old adversary traps the Turtles in a ghost dimension, as old adversaries are wont to do. However, all hope is not lost for our Heroes in Half-Shell, as New York City’s resident experts on all things spooky quickly answer the call.

“When Erik and I first broached the idea of joining the TMNT with the Ghostbusters way back when, it felt like a wonderfully impossible dream,” said co-writer Tom Waltz. “Well, that dream came true with the first volume in a big way, and now I’m absolutely ecstatic to have the opportunity to once again help bring my two favorite quartets together for another massive comic book crossover event! And, like the first go-around, the events in this story directly flow out of and affect the storylines in both ongoing series.”

“I had such a blast working on the first crossover with Tom, and in the years since, we’ve talked about what we might do if we ever got a crack at a sequel,” said co-writer Erik Burnham. “When the opportunity came up, we didn’t even use a single one of those plans! Instead, we grabbed villains from both universes and mixed them together to form the foundation of a fun story that furthers the ongoing stories of both the Turtles and the Ghostbusters. Even better, we get some more one-on-one scenes, allowing their complementary personalities to shine and we’re beyond excited to share!”

When last the Turtles and the original ‘Busters crossed streams in 2014, the Turtles got stuck in the Ghostbusters dimension… along with a brand-new, all-powerful, all-crazy ghost from centuries past! It was met with enthusiasm from both fans and critics with IGN declaring the mash-up of proton packs and ninjutsu “hugely entertaining.”