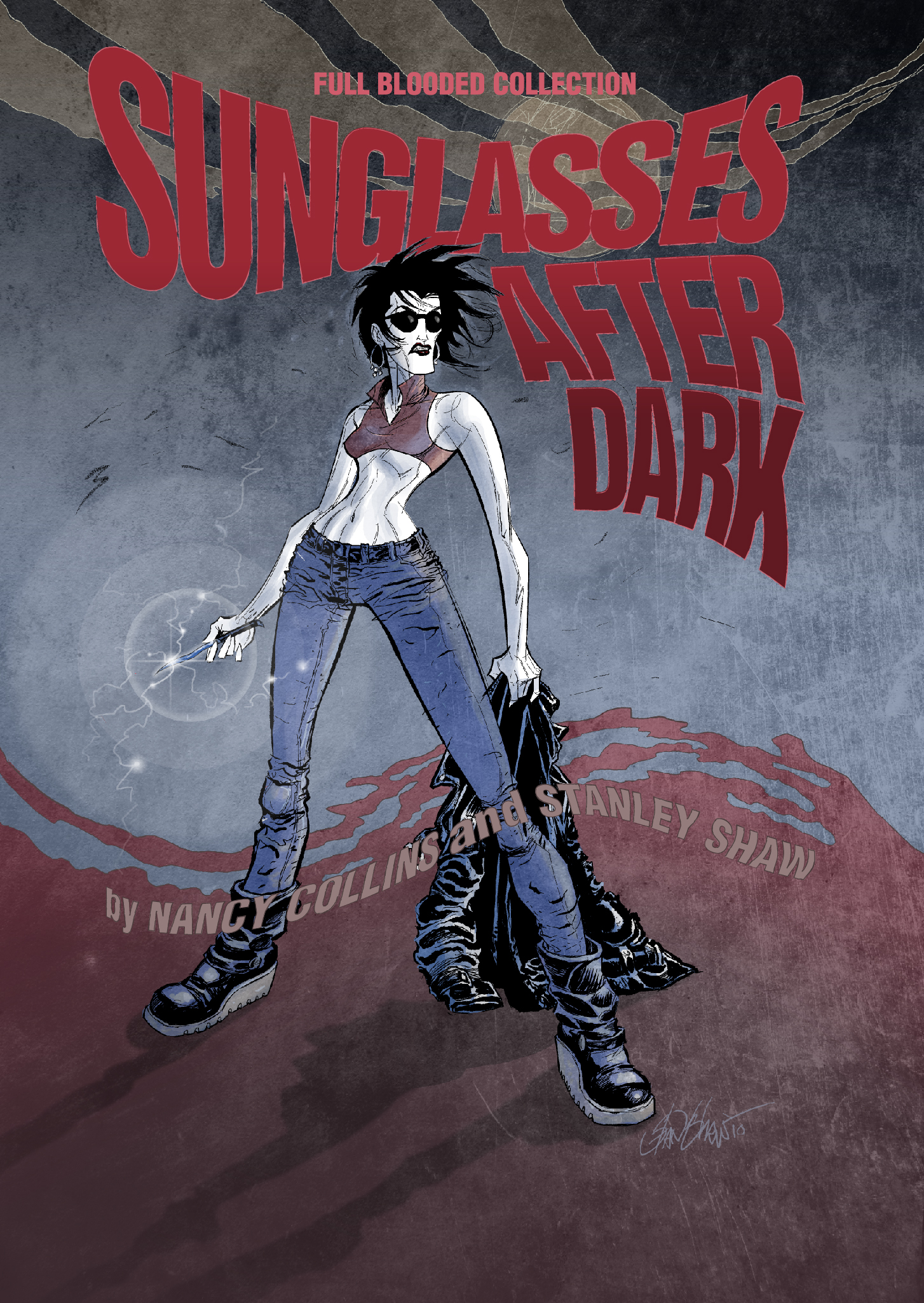 Vampires are part of today’s popular culture but in the 1990s, they were underground. And that is exactly where Sonja Blue, the protagonist of Nancy A. Collins’ (Vampirella, Swamp Thing) comic book series, Sunglasses After Dark, hunts for the monster responsible for making her one. IDW Publishing is proud to be collecting the cult-classic miniseries for the first time in a fully remastered graphic novel due this November.

“I am thrilled to finally see Sunglasses After Dark collected as a graphic novel,” said Collins. “The road was long, but the end result is something I am proud of. My collaborator, Stan Shaw, has outdone himself as both artist and colorist. I think fans of Sonja Blue will be pleased. ”

Acknowledged as one of the first Urban Fantasy novels, Sunglasses After Dark burst onto the fantasy/horror scene in 1989, garnering widespread critical praise and winning the Horror Writers Association’s coveted Bram Stoker Award. Together with artist Shaw, Collins adapted the novel into a six-and-a-half-issue comic-book miniseries, which became an instant cult classic. The IDW collected edition will be digitally re-colored by series artist Shaw, completely re-lettered by Eisner and Harvey Award winning letterer Thomas Mauer, and features re-tweaked dialog and narration by Collins herself.

The story begins in a madhouse and goes on to reveal the mystery behind the disappearance of a nightclubbing heiress and her transformation into a tough-as-nails punk vampire/vampire-slayer. Sonja Blue is a “living” vampire who still possesses a soul, and is determined to fight for what remains of her humanity, while still seeking bloody revenge against the vampire who attacked her. But as dangerous as hunting down vampires may be, it is nothing compared to her greatest foe: The Other–the demonic alter ego with which she is locked in constant battle for the body they both share.

If you like your vampires with a bit of grit and a side of punk, this is the one for you. The full-color, 212-page hardcover is coming for you in November