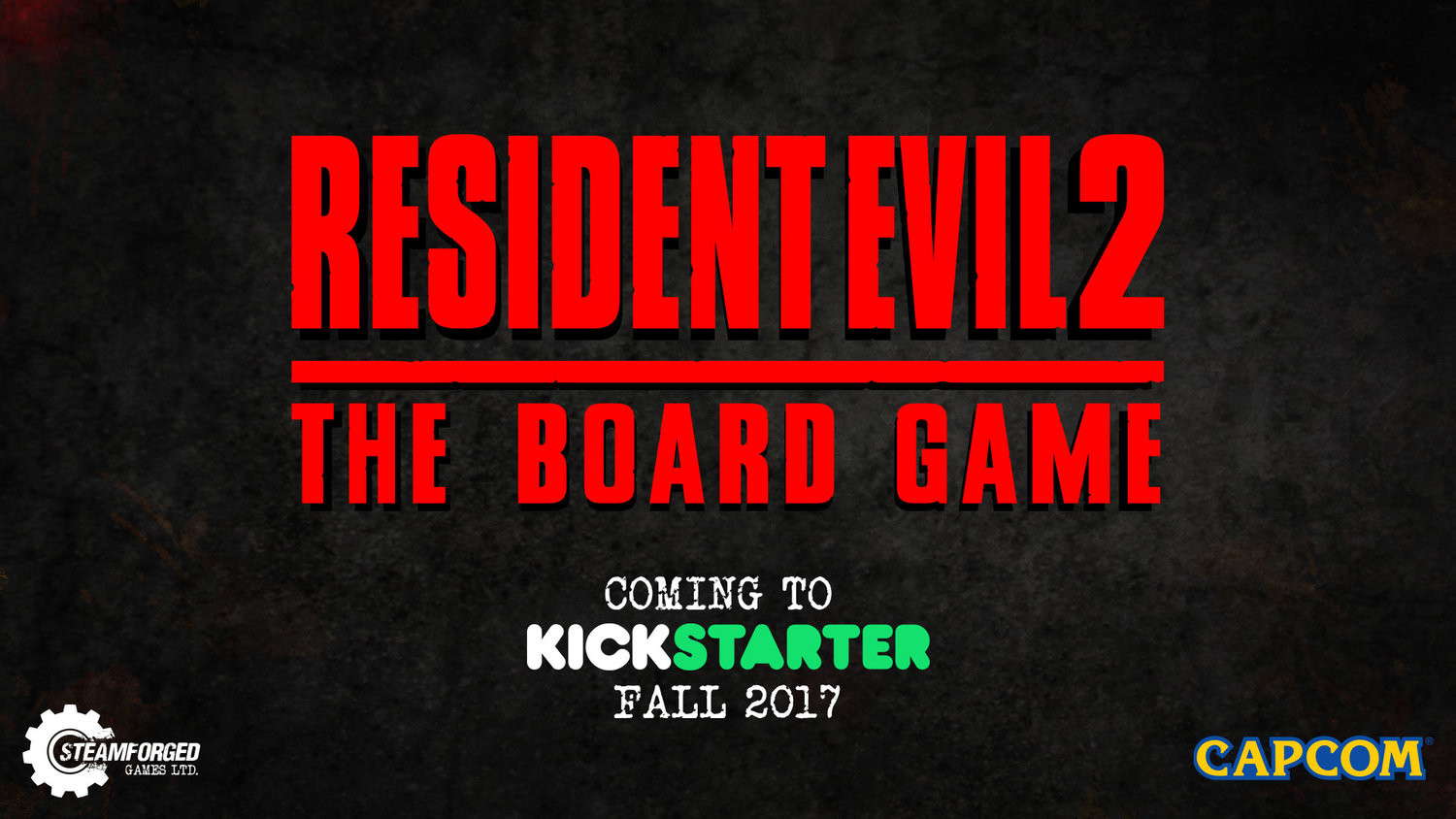 Resident Evil 2 Board game is going to be live on Kickstarter soon.

Steamforged Games is thrilled to announce an exciting new partnership with Capcom to bring the iconic Resident Evil™ 2 video game to the board gamers of the world. Building on the success of previous titles including “Guild Ball” and “Dark Souls: The Board Game”, Steamforged Games will be launching this latest game, “Resident Evil™ 2: The Board Game” via Kickstarter in late Autumn 2017.

At Scifind.com we are really looking forward to this release BUT we are slightly wary that it might be very similar to CMON’s Zombicide games.

I am sure though that Steamforged can do Resident Evil justice in miniature form and just hope that images of the minis start coming through soon.

The Resident Evil 2 Board game follows hot on the heels of the smash hit video to board game convert Dark Souls. Missed it you can Buy It Here.
Dark Souls – The Board Game raised over over £3.7 million in the Kickstarter looking to launch the game.

17-8-2017
The official Resident Evil 2 Board Game Blog has released the first 2 images of miniatures for this game.

Ok. So these are early renders but they look to be in a good clear cut style, with enough detail to make interesting characters, but still be a single piece plastic mini. Cannot wait to get my hands on the final minis.