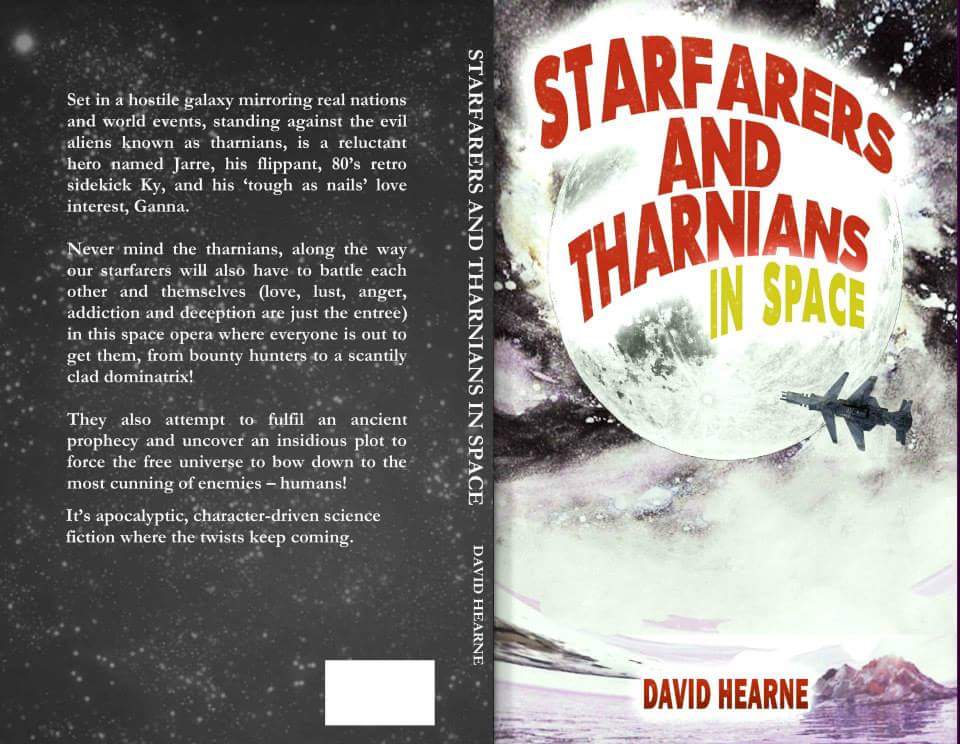 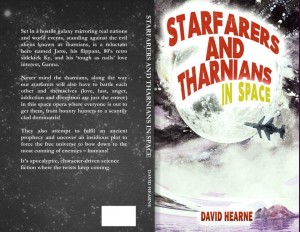 Set in a hostile galaxy mirroring real nations and world events, standing against the evil aliens known as tharnians, is a reluctant hero named Jarre, his flippant, 80’s retro sidekick Ky, and his ‘tough as nails’ love interest, Ganna. Never mind the tharnians, along the way our spacefarers will also have to battle each other and themselves (love, lust, anger, addiction and deception are just the entree) in this space opera where everyone is out to get them, from bounty hunters to a scantily clad dominatrix! They also attempt to fulfil an ancient prophecy and uncover an insidious plot to force the free universe to bow down to the most cunning of enemies – humans! It’s apocalyptic, character-driven science fiction where the twists keep coming.