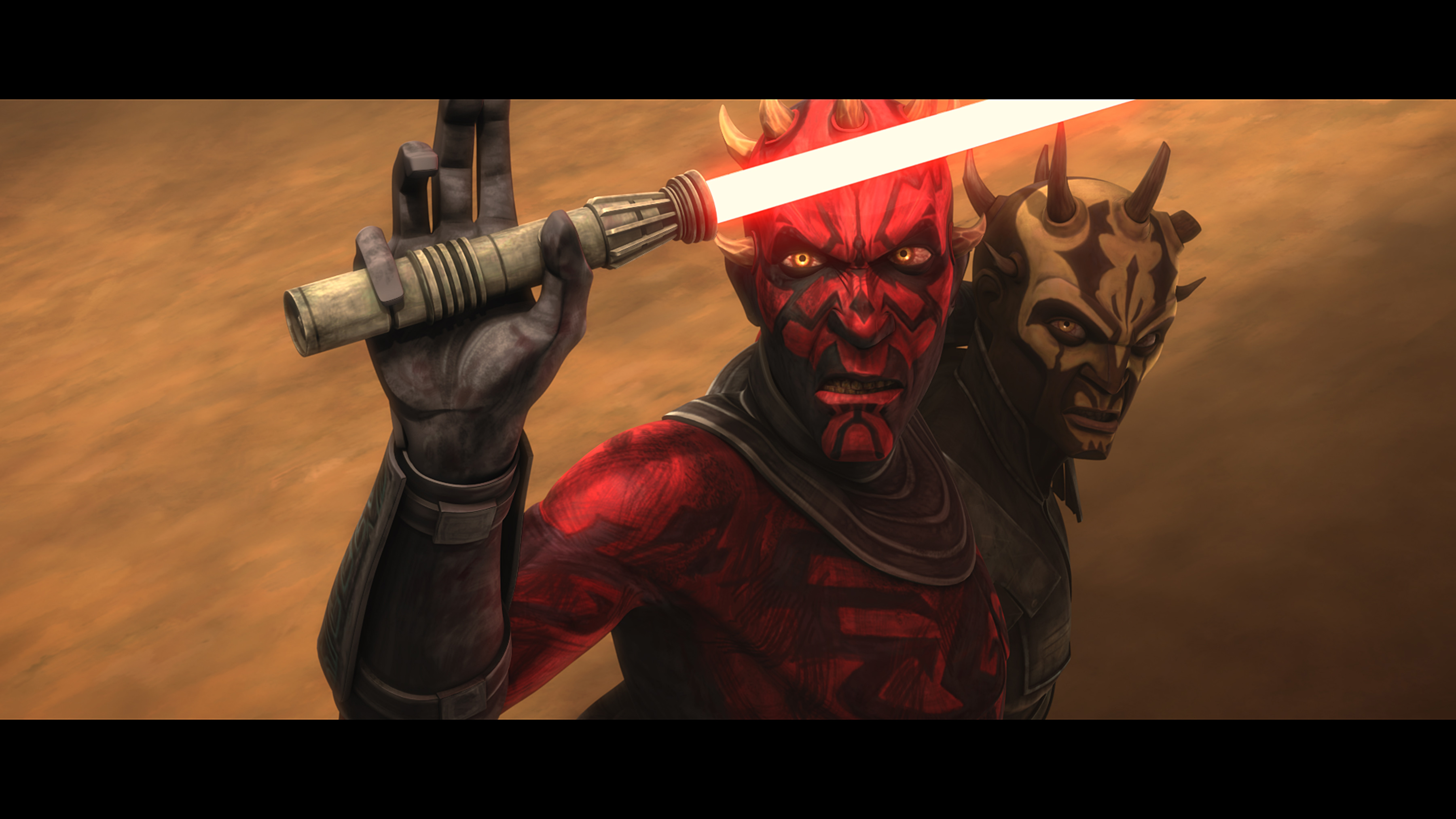 So we get to the end of the run for the superb Star Wars: The Clone Wars animated series. Following Disney’s takeover of the Lucas Empire, it seemed unlikely that heads wouldn’t roll, and so it was for The Clone Wars. Did this decision make sense…not really. The Clone Wars has consistently been the brightest and best thing in the Star Wars Universe for some years, with ever-improving animation and a series of storylines that never shied away from the gritty and realistic side of the galaxy far far away. It was both for children and adults, and other than a few clunky arcs, it was consistently a joy to watch. Maybe then, with a slew of new movies and projects coming from the House of Mouse, it isn’t such a surprise that a brilliant, innovative and popular show be shelved…we don’t want competition for the new stuff, eh?

So, we come to season 5. I would love to talk about the brilliance of the Blu-ray release, but sadly there were only DVD copies to be had for preview. However, I am certain that by the high standards of the previous Blu-ray seasons, this one will look and sound as epic as always.

After the return of Darth Maul in Season 4, we start season 5 in somewhat slower mode, with the Jedi helping rebels on the Separatist-held world of Onderon learn how to fight back and reclaim their world. There is a nice undercurrent of dark-side growth over these opening four episodes, with both Ashoka and Anakin straining at the leash of Jedi non-partisanship. The writers are building up the hints that the Jedi, and the Council in particular, are missing the obvious encroachment of the dark side, whilst acting in more and more crass and self-serving ways. Unfortunately, the Onderon plot overstays its welcome. At four episode long it feels two episodes over-length and never manages to succeed in making you care that much about the secondary characters. A ‘shocking’ death is not really shocking, and it has very little impact on the rest of the season. However, we do get to enjoy the return of Florrum Crime Boss Hondo Ohnaka (still sounding like Ricardo Montalban) and watch as Ashoka begins her own journey away from her Jedi upbringing.

After this somewhat clunky and tiring opening, the season moves on to another 4-parter…this time focusing on a group of Jedi younglings under the care of Yoda and Ashoka. There is a lot of fun in these episodes, although the ‘learning to work together’ theme is a little obvious. Hondo makes another welcome return, albeit in a nastier mood than we usually see him. With Ashoka captured and the younglings breaking orders to try to rescue her, the series reintroduces General

Greivous and Obi-Wan, linking the two plots together cleverly. Whilst this 4 part storyline is much more interesting than the season opener, it still leaves the season feeling a little flat and lacking the spark and originality of seasons 3 and 4.
From Jedi younglings we move to yet another 4 part arc, definitely aimed at younger viewers, but with a lot to offer the dedicated Star Wars fan. This arc follows R2 as he joins a secret team of Republic droids and a diminutive Colonel on a mission to reclaim an encryption module from a Separatist ship. As any true SW fan knows, the films aren’t so much about Skywalker as the hero, but R2. Without him nothing would have happened the way it does, from his opening scene in The Phantom Menace through to the very end of Return of the Jedi. So it is great to see the wee scamp getting so much airtime, and alongside other astromech droids, and without C3P0 around to cramp his style. The adventures these droids have together are fun, and exciting, if a tad overshadowed by yet another ridiculous…one wonders if Lucas directed…comedic character. Colonel Meebur Gascon is a tiny data expert on his first mission in command. He has height issues, as well as command issues and politeness issues. He is fun for about 5 mins but then starts to grate. He’d be fine if it were just 1 episode, but across 4…the season is creaking and groaning under the weight of all these multi-episode arcs!

Finally, the season begins to pull its socks up and get to the meaty stuff. Possibly this was when the team knew the plug was being pulled, because a seriously well-thought through plotline emerges. Darth Maul working with Savage Opress form an alliance with the Mandalorian Death Watch plus several crime syndicates in order to become a dominant force. They lure Obi-Wan to Mandalore, but Darth Sidious decides it is time for him to step in. There is then a bombing at the Jedi Temple, for which Ashoka is asked to investigate, and then accused of killing the key suspect. She goes on the run and teams up with Ventress whilst Anakin and Obi-Wan lead her pursuit. The Jedi Council refuse to consider her innocence, and it is up to Padme to fight for her defence. This 7 episode finale is absolutely superb, pure Star Wars storytelling at its best. It shows just how low opinion of the Jedi has fallen, just how little they are aware of their own deficiencies, and just how much of an isolated group they have become. Anakin’s embracing of the dark side starts to make more sense, and while we may never know what happens to Ashoka after the final episode, it feels like a good way to close her storyline. You can now better understand why so many Clone Troopers obeyed Order 66 without question.

All in all the writers have brought the plot to a very pleasing and balanced point in the existing narrative. That said…damn I wish there was another half season at least, or a movie, to wrap up Ashoka and Ventress, and properly connect the series with the movies. 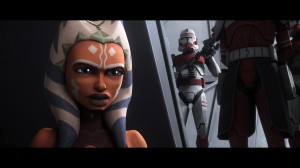 The DVD look very good, with sharp, bright visuals and a very strong surround mix. There are ample extras to keep you informed and entertained throughout. As usual, it is a great package.

So, what’s the final verdict on the final season? Well, we have definitely been robbed of a wonderful piece of TV and the finale feels half-finished. We may yet get a conclusion, but if we don’t, this isn’t the worst way to go. The reliance on three 4 part arcs is disappointing, and while none of the stories are bad, they all overstay their welcome and you get the feeling that the writing team had been told to string these tales out. Too much Jedi? Absolutely. Not enough hardware, spaceships and troopers? Definitely. Another season of the best the SWU has to offer? Pretty much, yes. Disney has a lot to live up to following The Clone War…here’s hoping they’ve paid attention to just why so many fans loved this TV show.
8/10