After becoming one of the best-selling catalogue Blu-ray Discs of all time when launched in 2011, Lucasfilm and Twentieth Century Fox Home Entertainment announced today that the beloved Star Wars trilogy collections will be re-released as a limited edition steelbook on April 8, 2013. 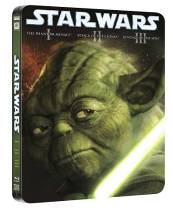 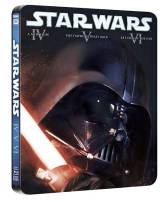