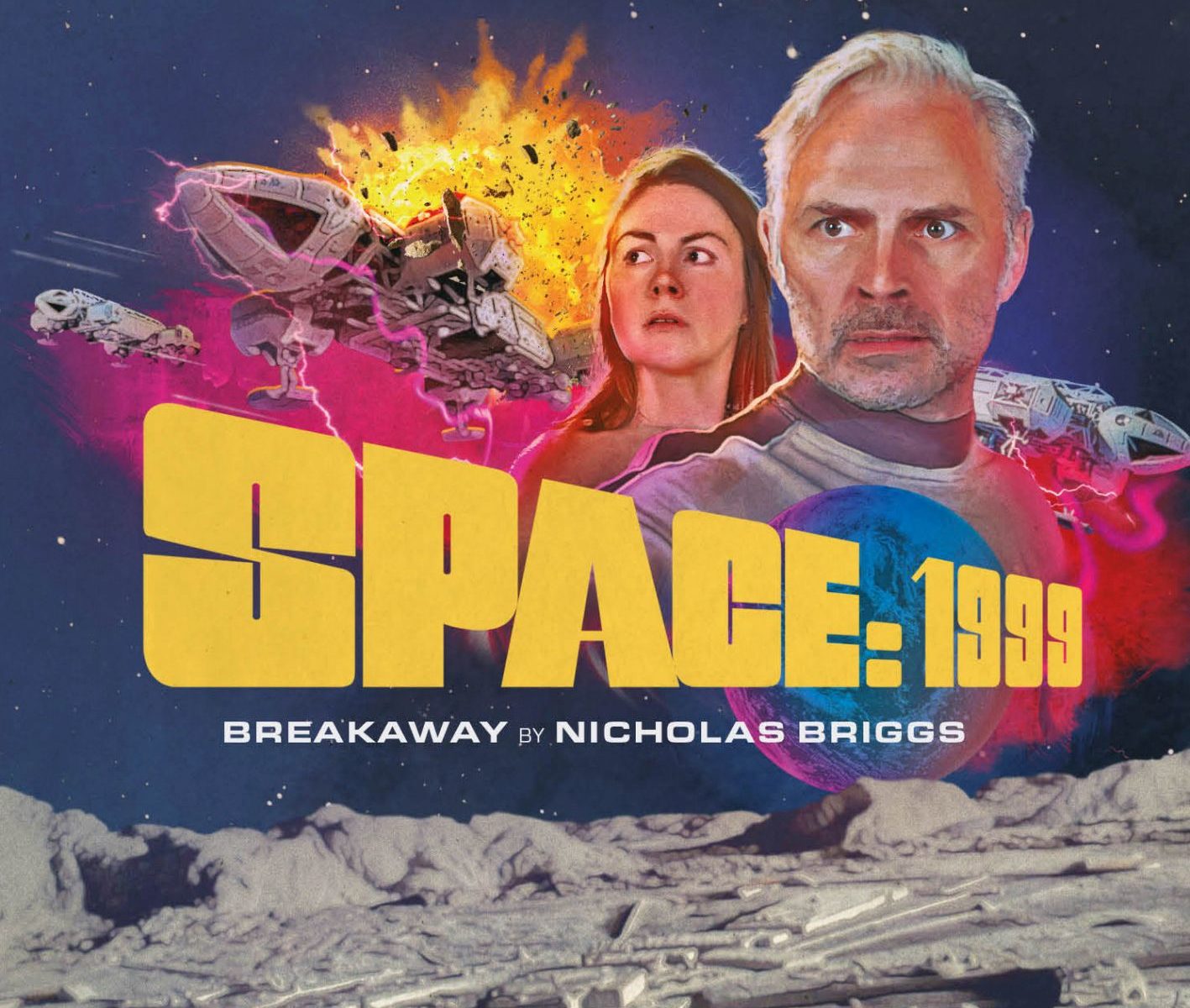 Space: 1999 was originally launched in September 1975. It was lavish, it was expensive, it was thrilling, and it was packed with stunning effects and exotic alien worlds. It told the story of the inhabitants of Moonbase Alpha, forced to journey into the unknown when a freak nuclear accident blasts the Moon out of Earth’s orbit and into deep space. Martin Landau played Alpha’s leader Commander John Koenig, Barbara Bain was Dr Helena Russell and Barry Morse portrayed scientist Professor Victor Bergman.

These much-loved characters – and many others – are back this September in a brand-new series of audio dramas which will combine re-imagined versions of classic episodes together with all-new scripts. 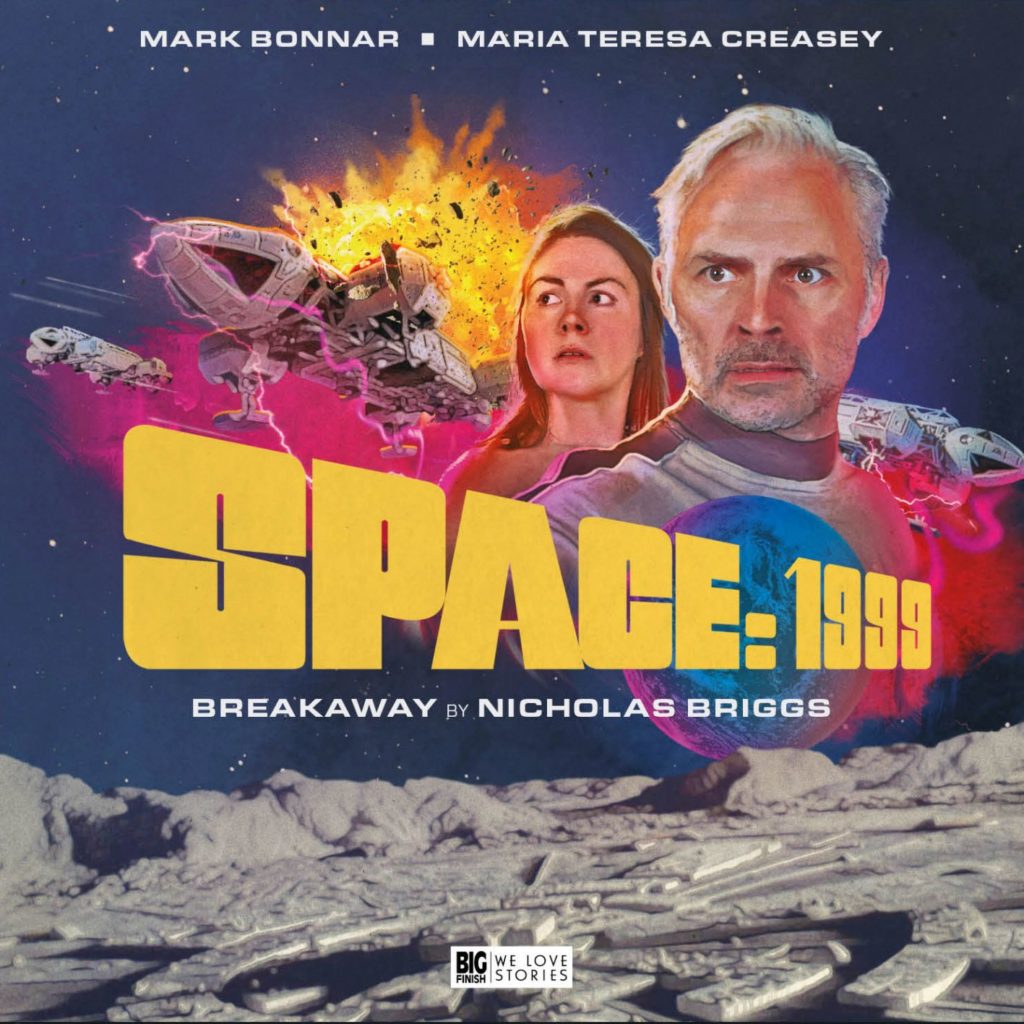 After the Apollo missions of the 1960s and early 1970s, space exploration was very nearly abandoned as public pressure mounted for money to be concentrated on problems down here on Earth.

But, by a whisker, funding was granted for a base on the Moon. Greatly expanded, it became the international Moonbase Alpha we know today. 311 personnel serve in a perfect, self-sustaining, artificial environment – their mission statement: ‘To forward the frontiers of human knowledge and science’.

Dateline: 13th September 1999. The interplanetary Meta Probe is due to be launched from a platform orbiting the Moon. What could possibly go wrong?

Stepping enthusiastically into the role of Commander Koenig is Mark Bonnar, the Scottish multi-BAFTA-winning actor best known for Shetland, Catastrophe, Humans, Porridge, Line of Duty and Unforgotten. “Space: 1999 and Martin Landau were two of my favourite things growing up,” says Mark. “So my ten year old self was jumping up and down when I got the news that I’d been cast!”

Executive producer, Nicholas Briggs, who is also writing and directing the series, explains more: “The possibilities for this series are endless. It’s an unplanned odyssey that starts with a catastrophe. Disparate personalities are thrown together, clinging on for dear life, finding themselves flung to the far reaches of a universe full of wonder and danger. We’re being absolutely faithful to that central concept, but there is also an element of reinvention in this version. It will feel and sound very much like the original, but with extra dimensions and lots of surprises.”

Producer David Richardson says: “I was obsessed with Space: 1999 when it first aired. I have a photo of a 12-year-old me standing in my bedroom surrounded by my Space: 1999 posters, books and toys. And the 56-year-old me still regularly watches the series on Blu-ray – it’s been with me all my life and remains a part of my DNA!”

Jamie Anderson (son of Space: 1999 creator Gerry Anderson) is script editing this series. Jamie says: “From the very first moments of the opening drumroll of the iconic Barry Gray theme (skillfully reimagined by Benji Clifford), Big Finish has managed to do something pretty special with this new version of Space: 1999. Writer/director Nick Briggs has poured a huge amount of love into this, and it really shows. The story contains the essence and spirit of the original, but with a much deeper exploration of the characters. It’s been a pleasure to be involved with this project and I know Dad would have loved it!”

Space: 1999 will launch on 13th September 2019 with the pilot episode Breakaway!, which has been adapted and reimagined by Nicholas Briggs. This release date has been chosen because it is 20 years to the day after the Moon was blown out of Earth’s orbit (according to the original series’ opening titles)! This feature-length first story is split over two CDs, with a further hour of behind-the-scenes interviews and extras on a bonus disc.

An additional box set of four episodes will follow early in 2020, with the full cast announced in the coming months.