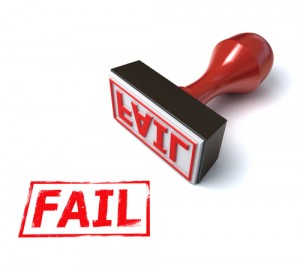 Just realised I missed Scifind’s 15th birthday. What a failure!

What a milestone. How many websites are still running and 15 years old?

Scifind.co.uk was first registered on the 29th March 2000. Which is a lifetime ago for many.

Think of all that has happened in that time.

To name a few. I could go on all day but that is not what this blog post is about.

What has Scifind done in that time?

Quite a lot as it happens, but ‘Scifind’ has never really achieved that one BIG thing that will claim it’s place in the history of the internet.

Of course Scifind is now an indistinguishable corner of the psyche of it’s founder, Brian Edwards. He has thought of ditching the site several times. He has never done it as he always has another plan, and another idea that extends its life past it’s best before date.
One day one of these ideas may stick. Until then the site will keep ambling along.

Ideas flood past me 10 at a time. I occasionally grab at them and on the very rare occasion something is done with them.

A Short History Of Scifind’s Failures

Number 1.
Scifind originally started as a directory of science fiction shops in the UK. Do you see a directory here? No. Didn’t last that long then!

Fell at the first hurdle.

Number 2
Got featured in the Daily Mirror. Almost half a page. Half of page of exposure in a national newspaper with a couple of million readers. We converted that into approximately 30 hits and a single spammy email!

Ok I am not going to count out all of these.
Needless to say we couldn’t even get Sue Perkins cast as Doctor Who! Despite huge media interest.

But here are a few more recent fails.

SFBuzz Magazine
Not our first attempt at crowd funding. That was HorrorShare attempting to fund a Horror movie back in 2006. Died on its arse!
SFBuzz magazine was an attempt of moving scifind into a space that would mix speculative fiction with features.
SFBuzz Magazine reached 14% funding back in June 2013, thanks to 15 very generous people. As we did not reach our ambitious funding target all the money went back to these lovely people.

Not deterred (though I should have been) we came back and attempted BATTLETOKENS.
Battletokens was to be a collectable, tradeable Sci-Fi / Fantasy / Horror poker chips based game. Limited number of prototype chips as perks to fund full first production run. We raised £80 which was a LOT less than what was needed to pay for the prototypes (most of which are in a box in my bedroom still).

I still like the idea and this may come back. As always get in touch if you have interest.

Next. Another attempt at SFBuzz in 2014. Not a single backer! This time it was to be a digital publisher, very ambitious, but spent a lot of time researching the possibilities. We attempted this last year. It was so bad I cannot even find a link to the campaign.

Scifind is currently failing to live up to it’s mission statement. In fact it is failing to do anything. Current idea for the site is to convert into a human edited Science Fiction discovery engine. But that would require too much work. I have a few other plans, as usual they require the talents of some associates but one day I hope to drive home with a solid sound concept that will secure Scifind’s place in internet history!

Oh and the anniversary of scifind, it was the 29th March 2000, in case you have kept reading this long.

This blog post owes its existence to Epic Fail from Radio 4 last night!