Occasionally I have known to blurt out creative ideas on twitter, and the one that keeps coming back to me is writing a Scifi Sitcom.

Now these have been done, most notability with Red Dwarf, but I was looking for a Time Travel Twist.

I have just had a quick pen and pencil draft of of a pilot, but it reads back as a poor Steven Moffatt Episode of Doctor Who. (Not to say that Steven Moffatt’s Doctor Who is poor, just this plot seems a bit like a duff episode).

I know a lot of the Doctor Who of late has had a LOT of humour, but I was looking at a 6 episode 30 minute laugh-a-thon scifi idea. Which could allow character development.

I had thought a bit Basil Fawlty in a time machine, with some nice time travel paradox farce.
Or a Police Squad / Airplane / Naked Gun style comedy packed with in jokes, sight gags and breaking of the third wall.

I had a quick thought about casting and came up with 2 names Al Murray and Richard Herring. I have been stalking Richard on Twitter for a while, as I was a huge fan of his work for the past 20+ years.

Apparently Richard Herring does have a multiverse comedy in the works (very much look forward to it). But I still get a Pub-Landlord-as-The-Doctor style sketch going through my head. Now obliviously I don’t want to be so brash as to hijack an existing character and work it into a Doctor Who spoof. But I still like the idea of having Al Murray as the Time Travelling comedic lead. Bumbling through time ala Frank Drebin.

A few things I would need to do to take this to the next level, I am no stranger to writing comedy (I submitted many sketches and a sitcom pilot to the BBC back in the early 1990s) but I am a big stranger to getting it commissioned.

First step. Work on my characters and a loose 6 episode story arc with lots of laughs and get a pilot of episode one written. 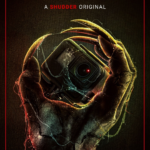