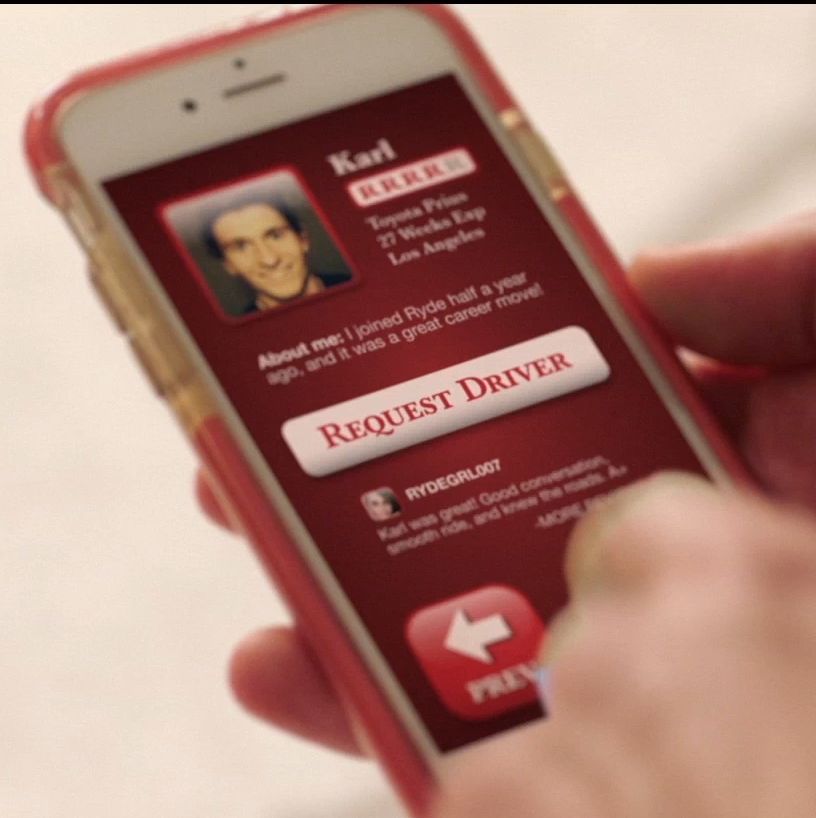 I love a good horror movie, so when I heard of RYDE being a slasher taking on the role of a Ryde driver (an UBER type taxi service) I was interested to say the least.

Nights out have never been so dangerous once Paul (David Wachs) takes the identity of a ‘Ryde’ driver, the newest taxi service app in town, as unbeknownst to his customers he has a deadly secret that he is ready to unleash… Prowling the busy streets and looking for his next kill, one by one revellers use the latest app to get Paul to pick them up, setting themselves up to become his latest victim whilst not knowing that this ride might be the last of their life. Never has access to a psychopath been so easy – he is just one click away…

But after starting to watch the film my expectations were severely cut short. Now this may be my fault, as I just didn’t get into this film. I would go so far to say I didn’t ‘get’ it at all.

Yes there are a number of films that follow a killer or other antihero, but they usually have some kind of quality that you can relate to. There is not really a background given to ‘Paul’. There is not really much of a plot, rather than stuff that happens, and the ending was predictable when the intent was obviously to shock.

So there it is. It was essentially not my bag, you may have a different experience of this. If you do please let me know what I am missing.

RYDE is available to watch on Digital Download From 21st August