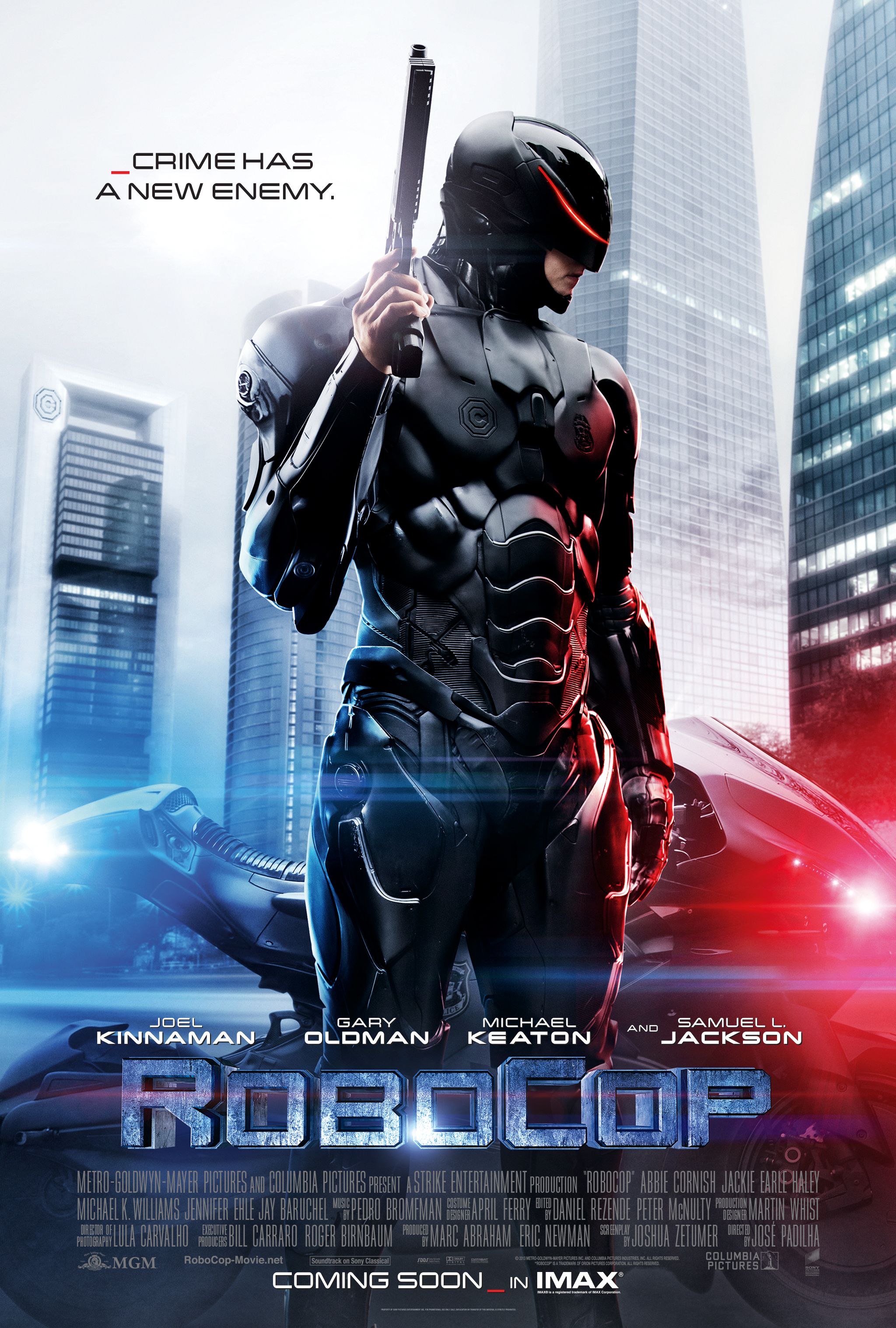 If the original Robocop was MS-DOS, then Robocop 2014 is the App Store. This will be a good or a bad thing depending on your tastes and how nostalgic you’re feeling.

The newer version does still have a satirical edge, but it’s somehow managed to become downplayed by making it more explicit. Rather than showing how the world has changed through regular news broadcasts, we have Samuel L Jackson (who is clearly having an absolute ball) playing a Fox News style presenter, giving very biased news coverage. It’s fun, and reminiscent of Glenn Beck, but it doesn’t quite feel like it has the same edge.

While it’s unlikely to be loved in the same way that the original movie is, it does have some teeth and it does have some interesting points to make. After all, we now live in a world with drones, which makes perfect sense as a military and robotic starting point for the kind of technology that leads to Robocop.

If the original film was about a robot remembering what he was when he was a human, the remake is slower and (unexpectedly) more subtle. We watch his humanity being taken away from him in the name of compromise and corporate necessity, which also means that we get more of an idea who he actually is. While his home life is more than a little too perfect, it works better than it did in the original, where we get far more of an idea of Murphy as a cop than we do as a person. It helps that Joel Kinnaman is strong in the lead, and plays a more rounded character both before and after his robotification than Peter Weller did.

One interesting thing that the update manages to do is to take the visual language of first-person shooters smoothly and comfortably enough that you shouldn’t be surprised if you find yourself wanting to reach for a joypad at times. Considering one of the ideas in the movie is that of Murphy being made to think he’s more in control of what’s happening than he actually is, that’s actually a particularly nice touch.

This isn’t to say that there aren’t notes that miss wildly. The sleek new black design just isn’t anywhere near as iconic as the original, which is something the filmmakers appear to be very aware of – the film is topped and tailed with an updated version of the original design, as if they’re aware that it’s the one people want to see. Also, the black design is just unmemorable. It looks like a prototype action figure that hasn’t been painted yet. Also, when Robocop is on his new bike, it’s difficult not to think of the batpod with all the black armour on display.

It’s frustrating at times, because it feels like it was almost really good, whereas it keeps hampering itself by not quite going all out. There are some scenes that definitely work, but there’s just not the sense of loss that there was with the original. Because the battle scenes are so fast, it’s difficult for much to have time to settle, and while the satire is definitely there, it feels like it was trying to be careful not to offend any of its targets too much either, which makes it feel rather muted at times.

It took me a while to realise, but Michael Keaton is essentially playing Steve Jobs, which makes for some entertainment, and gives a little extra bite to the proceedings, but it doesn’t quite work as a target in the same way the original did. The original was about corporate ladder-climbing and greed, and this one is more about trying to meet targets and popularity ratings. But while it means that there aren’t quite as many annoying, suited bad guys, there’s still plenty to think about.

At the end of the day, everyone seems like they’re having fun with the movie (especially Keaton, Jackson and Gary Oldman, who appears to be channeling Dave Allen of all people), and it’s well enough made to be worth your time. It’s certainly not a lazy remake, and there’s been a lot of thought going into it. I think that a lot of the critics that have been tearing into it since the first pictures came out would give it a lot more time if it simply wasn’t called Robocop.

But as it is, it’s a reasonably good film that probably deserves better than to be dismissed out of hand. Whether you go to the cinema or wait for it to turn up elsewhere down the road, it’s a flawed but fun and interesting remake. It’s not going to grab people like the original did, but it’s a more than servicable update that primarily suffers from seeming a little bland in comparison to the rougher original. My biggest criticism is that I ended up wishing it could have just been a little sillier.