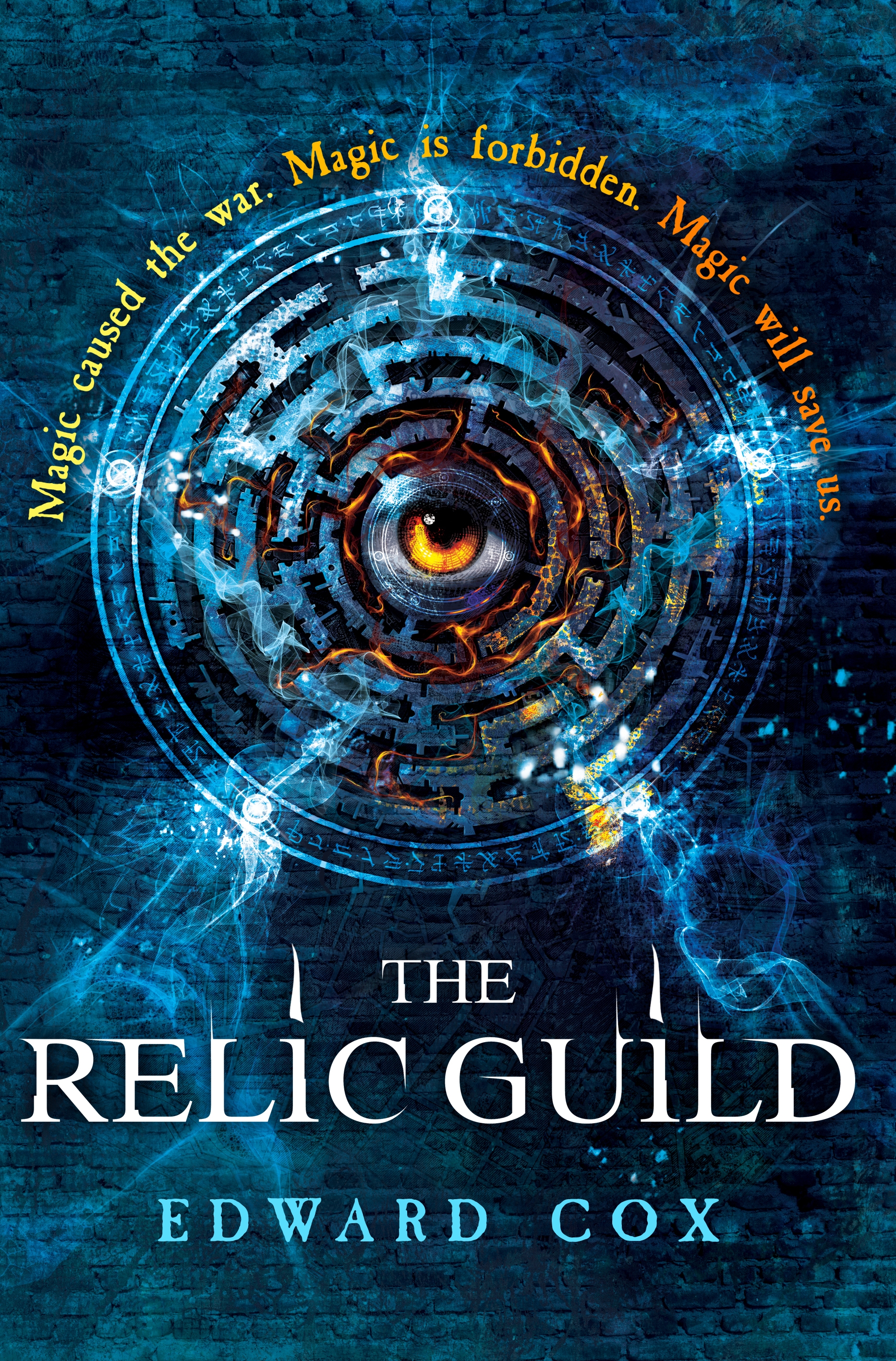 THE RELIC GUILD is the first of a trilogy from a remarkable first time novelist based in the UK. With over a decade of writing behind him, and a whole host of published short stories, Edward Cox is ready to unleash his stunning debut, THE RELIC GUILD

Set in an amazingly visualised city with a host of memorable characters, THE RELIC GUILD is the first in an epic series, following a young woman who must control her magic and escape her prison. Ed Cox writes: “THE RELIC GUILD is a story about intrigue, isolation, magic and adventure. It’s about people doing the right thing even when they’ve been given every reason not to.”

Young Clara struggles to survive in a dangerous and dysfunctional city, where eyes are keen, nights are long, and the use of magic is punishable by death. She hides in the shadows, fearful that someone will discover she is touched by magic. She knows her days are numbered. But when a strange man named Fabian Moor returns to the Labyrinth, Clara learns that magic serves a higher purpose and that some myths are much more deadly in the flesh.

The only people Clara can trust are the Relic Guild, a secret band of magickers sworn to protect the Labyrinth. But the Relic Guild are now too few. To truly defeat their old nemesis Moor, mightier help will be required. To save the Labyrinth – and the lives of one million humans – Clara and the Relic Guild must find a way to contact the worlds beyond their walls.

“Edward takes elements we have seen in fantasy before, and welds them into something new. With two intertwining stories taking place 40 years apart but influencing each other deeply, it is clear that Edward is a very exciting new talent.” – Marcus Gipps, GOLLANCZ EDITOR

THE RELIC GUILD is published on the 18th of September in trade paperback and eBook. The digital edition will be available for £1.99 until the 25th September. The novel is also being released as an audio download – the first Gollancz debut to be selected in years! THE RELIC GUILD will be enjoyed by readers who delight in adventure, mystery, magic and monsters, and complex characters.

Edward Cox began writing stories at school as a way to pass time in boring lessons. with his first short story published in 2000, Cox spent much of the next decade earning a BA first class with honours in creative writing, and a Master’s degree in the same subject. He then went on to teach creative writing at the University of Bedfordshire.

His literary heroes include Neil Gaiman, Angela Carter, Tad Williams and David Gemmell. Currently living in Essex with his wife and daughter, Edward is mostly surrounded by fine greenery and spiders the size of his hand. THE RELIC GUILD is his first completed novel, and it is the result of more than ten years of obsessive writing.