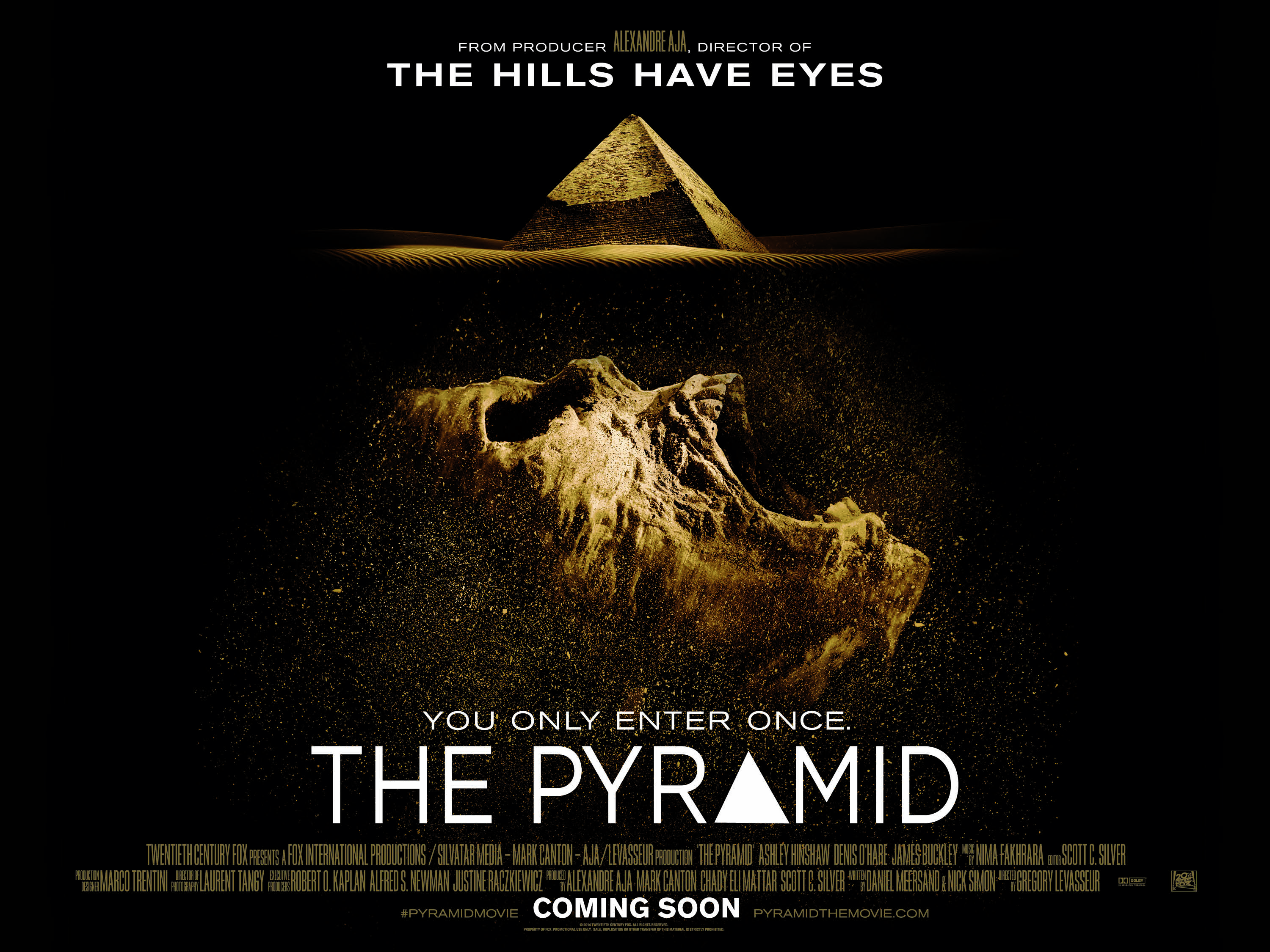 The ancient wonders of the world have long cursed explorers who’ve dared to uncover their secrets. But a team of U.S. archaeologists gets more than they bargained for when they discover a lost pyramid unlike any other in the Egyptian desert. As they unlock the horrific secrets buried within, they realize they aren’t just trapped, they are being hunted.

THE PYRAMID is released in UK cinemas on 5th December 2014.