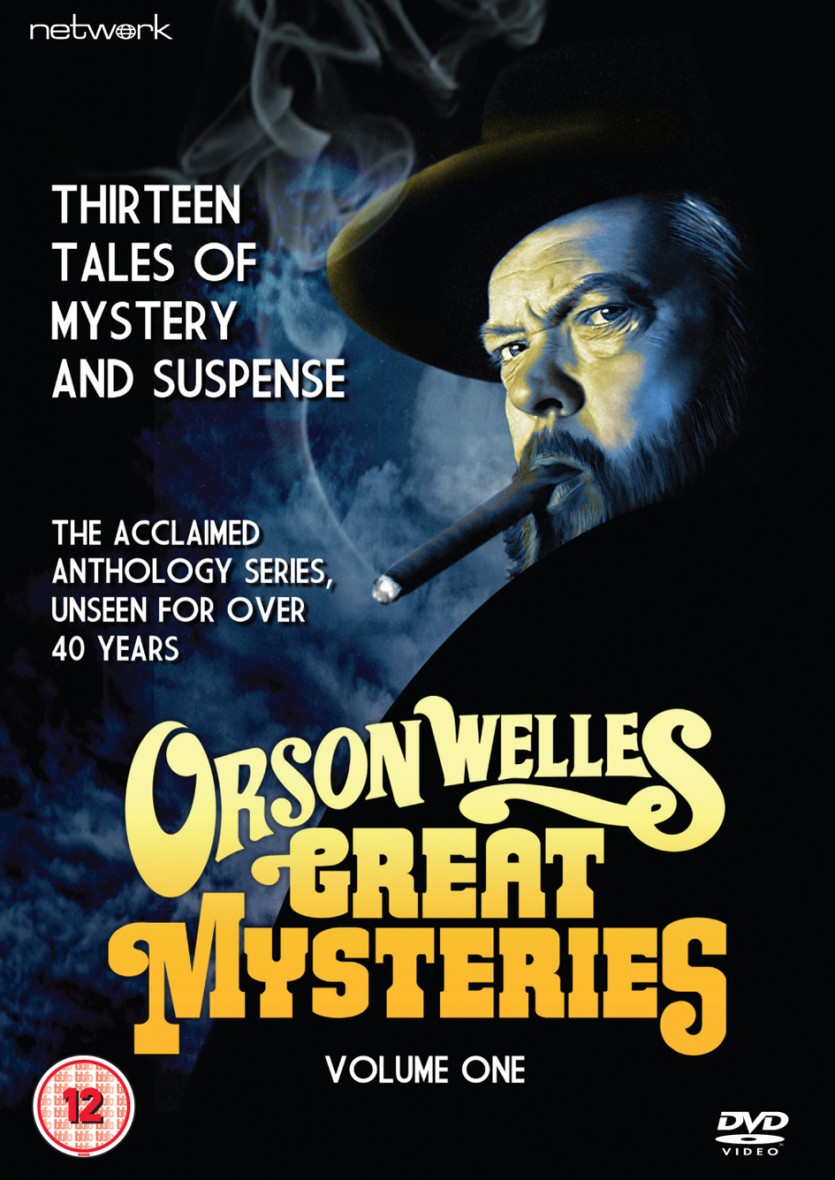 The legendary Orson Welles hosts thirteen mysterious tales from this much sought-after anthology series creeping its way on to DVD for the first time.

The thirteen tales of mystery and suspense featured on this set – including classic tales from Wilkie Collins, W.W. Jacobs, Honoré de Balzac, Charles Dickens and Arthur Conan Doyle – are:

A young American hits a winning streak in a Paris casino, but finds that his luck changes when he tries to sleep in the casino’s guest bed.

• Compliments of the Season

A drunken down-and-out returns a special doll to its owner, the young daughter of a millionaire. In doing so, he receives two rewards – one completely unexpected.

A newspaper reporter poses as a suspected murderer, but his plans go awry when he loses his proof of innocence.

A monkey’s paw with a strange and unnatural past brings fear and disaster to an unsuspecting family.

An old shipmate arrives at the inn owned by his former skipper and enmeshes him in a web of blackmail, bribery and terror.

A criminal seeks an illegal fortune – and pays for it in blackmail.

A French count, master of a chateau known as La Grande Breteche, torments his young wife and wreaks vengeance upon her lover…

• An Affair of Honour

A young paranoiac’s confession leads his priest and the police to the unexpected and dramatic solution of a girl’s murder.

A young man comes to the big city to search for a missing girl.

A concert pianist’s loyalties are torn when she discovers that her lover is a traitor. But is he betraying her love – or his country?

A young Englishman arrives in Paris to propose to his French girlfriend. But her uncle shows him, through the power of dreams, that his desire to marry into the family could cause him to lose his reason – or his life.

The foreman of a jury at a murder trial is influenced by visions of the victim’s spirit.