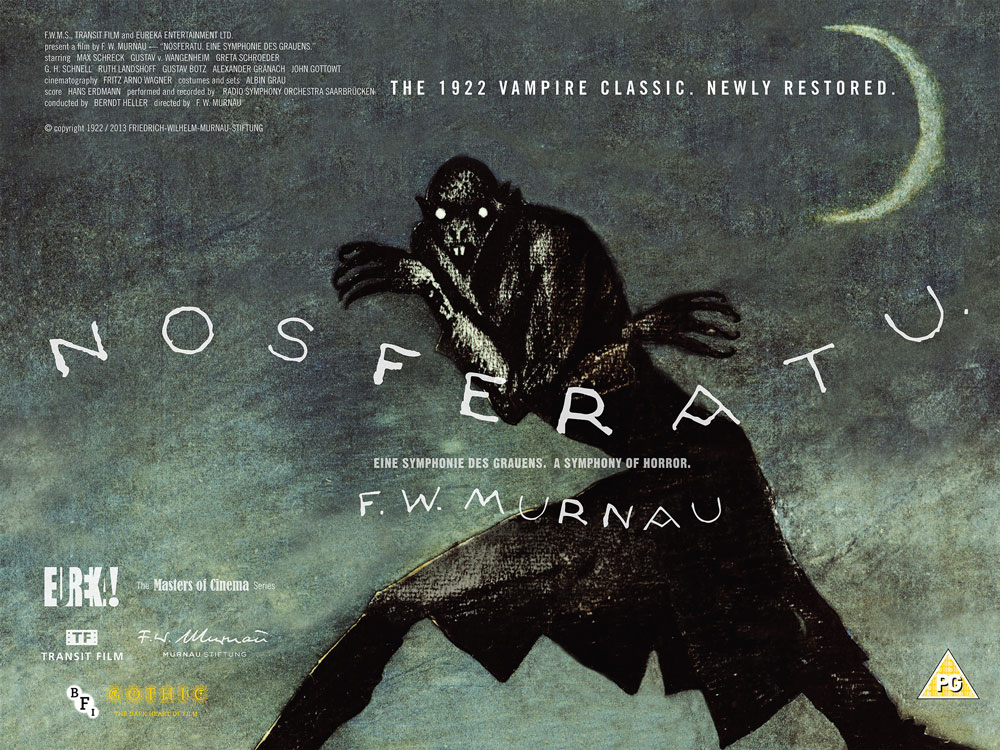 Nosferatu is one of the most famous of all silent films, and is a result of a rights issue on the Dracula story.

Nosferatu’s UK theatrical run will be co-ordinated by Eureka! Entertainment and will open in selected cinemas nationwide on Friday October 25, 2013, just in time for Halloween, and will also feature as part of the BFI’s GOTHIC: The Dark Heart of Film which runs from 21st October 2013 – 31st January 2014. This year the BFI will take Britain back to darker times and thrill the nation by uncovering, as never before, the dark heart of film. With over 150 titles and around 1000 screenings GOTHIC features spectacularly terrifying special events to thrill every corner of the UK. GOTHIC will explore film’s most popular theme, spawning some of the medium’s most iconic, powerful and terrifying scenes and characters whose lasting popularity just refuses to die www.bfi.org.uk/gothic .

Blu-ray, Blu-ray SteelBook and DVD releases of Nosferatu will follow with a raft of special features to be announced nearer the release date, as part of Eureka! Entertainment’s award-winning The Masters of Cinema Series www.mastersofcinema.org .