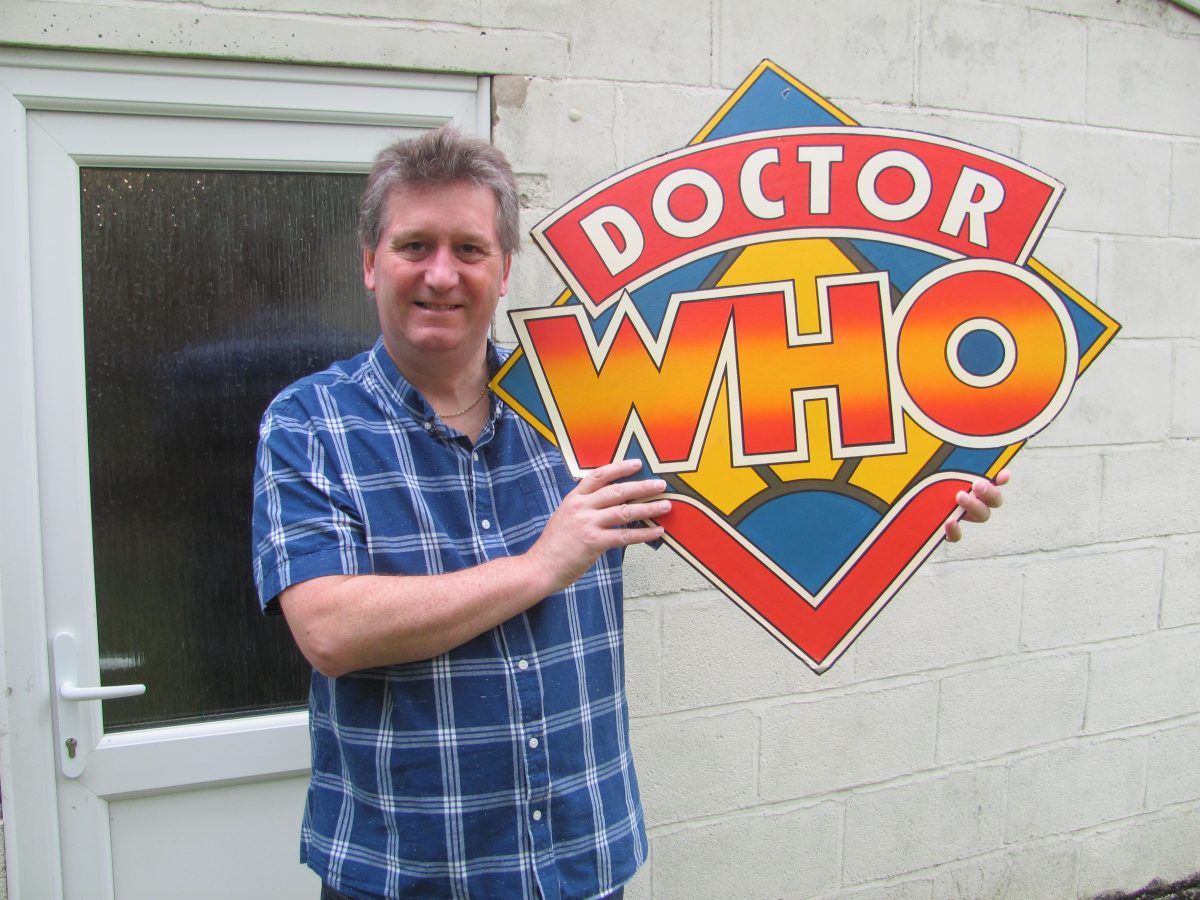 To those that do not know David J Howe, he has written in excess of 30 books about the history, culture and merchandise of the ever popular TV show Doctor Who. He is also co founder of the Telos Publishing company, who produce TV tie ins and original genre fiction.

Since the 1970s, David J Howe has been collecting Doctor Who merchandise including Toys, Games and Magazines. In addition to original Doctor Who costumes, artwork and props. He arguably holds the biggest collection of ‘Doctor Who’ merchandise and memorabilia in the world. His dream: A museum in which to display and share his collection.

To try and achieve this aim, David has set up an Indiegogo fundraiser to try and get together the funds to bring the premises (which he already owns) up to spec, and to get everything displayed and laid out. ‘Since I was young, I’ve always wanted to be able to display and share my collection with others,’ David says. ‘And a couple of years ago, we got the opportunity to buy the premises, which was always the sticking point … where to house the items! Now we have that, we need to pay for the floor, walls, ceiling and electrics to be sorted out, as well as some groundworks outside, security, and fixtures and fittings. There’s a lot to do, but hopefully with everyone’s help we’ll be able to get it done!’

The premises are just outside Sleaford in Lincolnshire, and David’s aim is to be able to launch the Museum in the summer of 2018. He plans to ‘hold open days, and special events where folks can book to come and see the collection. We may also be able to accommodate pre-booked showings as well. If this all goes well, then who knows what opportunities might be afforded going forward. I’d love to see merchandise launches taking place at the Museum, and talks by the people who produce the toys and games … there’s all sorts of things we could do.

The funding campaign runs on the Indiegogo platform until the end of the year. Full details can be found on his Indiegogo Page Here.

Should you be unable to make a donation please share this project with like minded people using the social tools on This Page Here.

As part of the fundraising there are a number of perks which people can buy, which include: exclusive invitations to the Launch Day, complete with special guests and buffet lunch; private dinners with David and his wife, the novelist Sam Stone; dinner with Doctor Who actor Frazer Hines; and even lunch with Star Trek’s Chase Masterson in LA! There are also other perks including special signed proof pages from one of David’s books; bundles of goodies donated by Doctor Who Author Richard Dinnick; and there are couples and family perks too! There are more perks being added all the time as friends suggest things which they can provide to help raise the funds.

‘At the end of the day,’ says David, ‘Doctor Who and its merchandise are intrinsically linked together. They have run hand in hand for fifty three years now, and there have been many tens of thousands of items produced and released tying in with the show. I have a great many of these items and I enjoy sharing my love and passion for the merchandise with others, so being able to have a permanent exhibition is a dream come true!