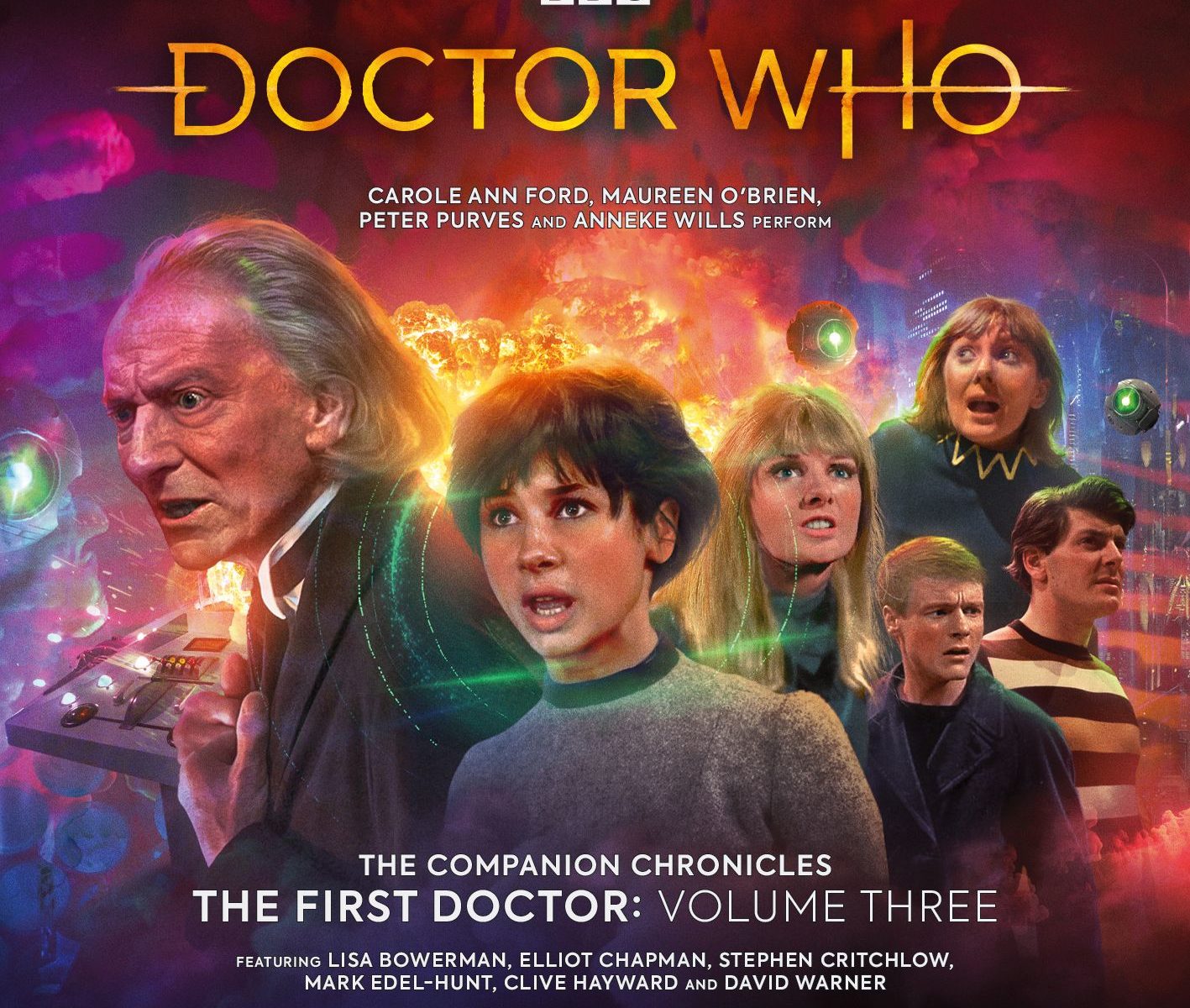 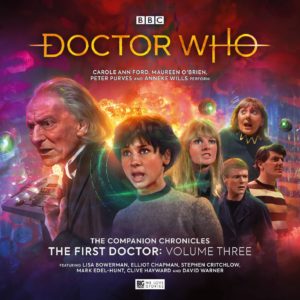 BigFinish are heading back to 1963 with four new audio Doctor Who o adventures from the era of the First Doctor with the original companions reprising their roles from over 50 years ago.

E is For… by Julian Richards

All is not right on the planet Malkus. Every day more and more monstrosities are born; people with powers and abilities far beyond those of normal men and women. They call these people “the Gifted.” And Susan has become one of them. Separated from her friends in a Police State dedicated to hunting people like her, Susan finds herself in a prison which has destroyed countless lives. And at its centre, at its heart, waiting, is the most dangerous monster of all…

Everyone knows their story. They were heroes, who struck a blow for freedom at the cost of their own lives. Vicki grew up reading of their exploits. She’s always hoped to be as brave as them.

Now the TARDIS has brought her to their dark and desperate era. The war is still unfinished, and the story’s end has not been written yet. Can Vicki play her part in the struggle for a better future? Or is the past more complicated than she’s bargained for?

The Vardan Invasion of Mirth by Paul Morris and Ian Atkins

The Doctor and Steven think they’ve arrived in London 1956, but the TARDIS disagrees. When both the Doctor and his craft are lost, it’s down to Steven to solve a mystery that holds his fate in its grasp. With the help of comic Teddy Baxter, Steven’s going to have to find a way into television…

The Crumbling Magician by Guy Adams

The TARDIS has crashed, its passengers in a bad way. The Doctor – not in the best of health anyway, his old body wearing somewhat thin – is in a coma; Ben is unconscious. As for Polly, she’s been affected worst of all. Time is running in the wrong order for her and she’s seen the future, a future in which she’s mortally wounded. But will Continuity allow her to die?

Producer Ian Atkins told Vortex magazine: “This set comprises four strong scripts all focusing on aspects of heroes and heroism. It’s brought out wonderful moments from some very talented actors who are as brilliant now – if not more so – than they were over (can you believe it?) 50 years ago, and it’s been a thrill sitting in the control room watching them work.”

Doctor Who – The Companion Chronicles: The First Doctor Volume Three is available now at £14.99 on download or £19.99 on CD. All CD purchases unlock a download option via the Big Finish app and the Big Finish website.