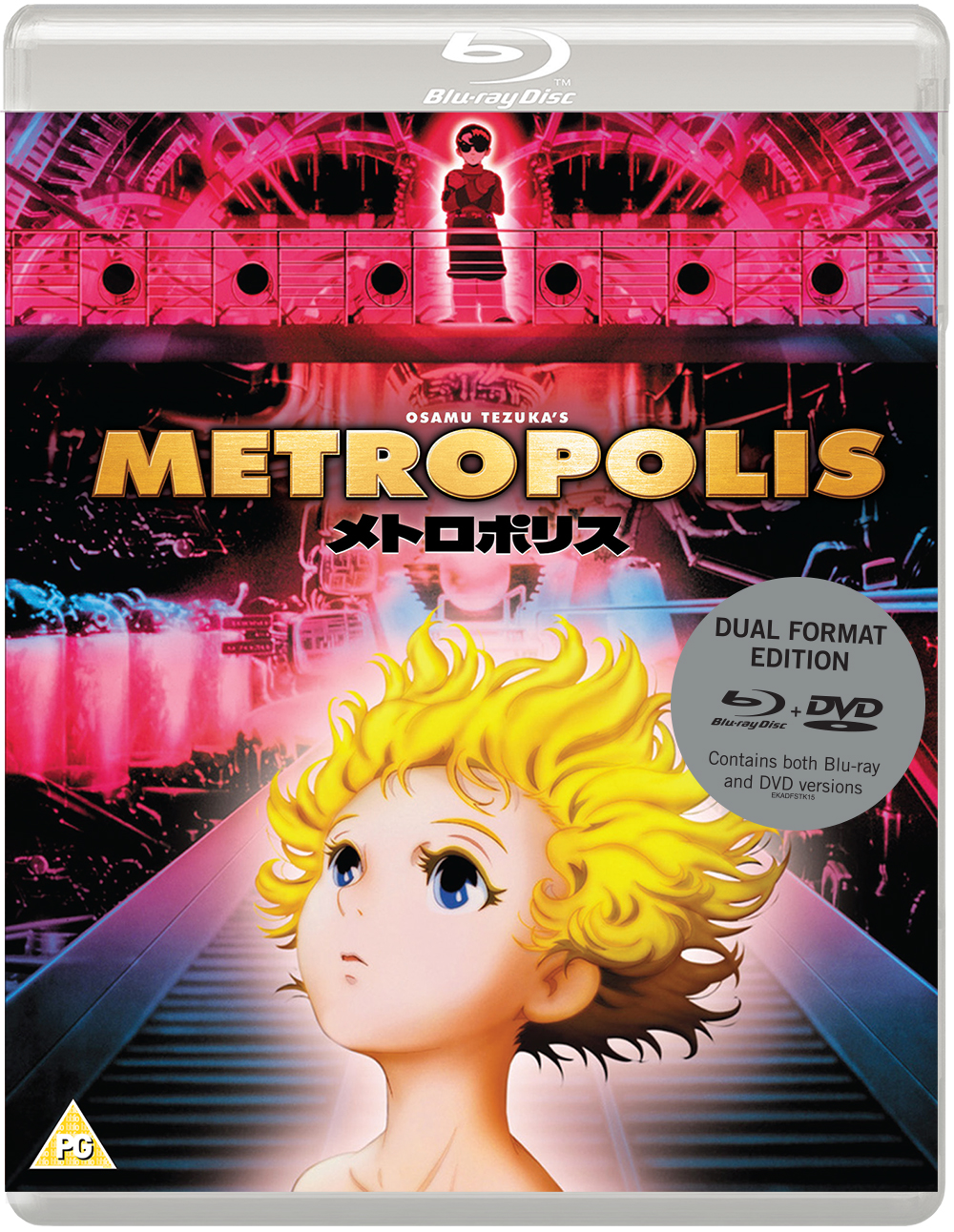 Another year another version of Metropolis! This time it is the Anime version of the classic Fritz Lang movie.

OSAMU TEZUKA’S METROPOLIS, the spectacular anime based on the 1949 Metropolis manga, itself inspired by the 1927 German silent film of the same name, for the first time on Blu-ray in the UK, in a limited edition Dual-Format SteelBook on 16 January 2017, and a Special Dual-Format edition on 13 March 2017.

In the industrial, tri-level world of Metropolis, Duke Red is a powerful leader with plans to unveil a highly advanced robot named Tima. But Duke Red’s violent son Rock distrusts robots and intends to find and destroy Tima. Lost in the confusing labyrinth beneath Metropolis, Tima is beginning a friendship with the young nephew of a Japanese detective. But when Duke Red separates the two innocents, Tima’s life – and the fate of the universe – is dangerously at stake.

Eureka Entertainment is proud to present Osamu Tezuka’s Metropolis for the first time on Blu-ray in the UK, in a Special Dual-Format edition and limited edition Dual-Format SteelBook