Looking for a DVD of classic Marvel comic book cartoon action, well just like buses 4 come along at once.

And the real classic from 1966, The Incredible Hulk 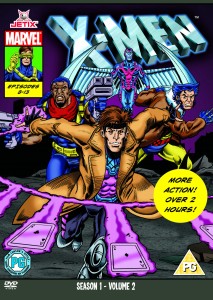 Born into a world that hates and fears them the X-Men are mutants, genetically gifted human beings with superpowers ?

The next link in human evolution and the world’s newest and most persecuted minority.

Amidst an increasing climate of fear and bigotry one enlightened individual, Professor Charles Xavier, has created a safe haven for some of these powerful outcasts. The mutants here are taught to harness their unique abilities for the betterment of the human race, in the hope of making the world safe for humans and mutants to live together in peace.

The X-Men are an elite

team comprised of Cyclops, Jean Grey, Beast, Rogue, Gambit, Jubilee, Storm and Wolverine ? Sworn to fight for mutant rights against hostile Government agencies, whilst at the same time protecting mankind from mutant supremacist Magneto who seeks to destroy the human race in return for the atrocities committed against mutant kind.
X-Men is based on the popular comic book series by Marvel Comics ? Several famous storylines and events were adapted into the cartoon series making this one of the most faithful animated series ever based on a comic book.

Released for the first time in chronological order, this release is the starting point to building the first ever complete X-Men series on DVD.

This DVD contains the first seven episodes from Season One of the unstoppable X-Men, making it an essential purchase for any cartoon or comic book fan. 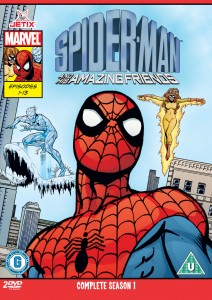 Here it is ? the complete first season, episodes 1-13 of Spider-Man and his Amazing Friends released on DVD for the first time EVER in the UK.

Beautifully restored, this is a must have for fans and collectors alike.

This highly sought after series is the most popular of all Spider-Man?s animated adventures, probably due to it being narrated by Marvel legend Stan Lee!

Spiderman was created by writer/editor Stan Lee and artist Steve Ditko and he first appeared in the Amazing Fantasy comic book in August 1962. A new breed of hero was born!

Spider-Man and his Amazing Friends is a landmark series in the animated adventures of the webbed wonder! In order to reach a wider audience in this 1981 series, Spidey was joined by his two crime-busting friends Firestar and ?X-Men? hero Ice-Man. The series was a smash hit when it first aired in 1981 and has become the most popular and fondly remembered of the animated adventures. This series has gone on to have numerous re runs world wide ever since.

The complete season one 2 disc set comes to DVD fully restored and packed with Spidey action!

Episodes: Triumph of the Green Goblin, The Crime of all Centuries, The Fantastic Mr Frump, Sunfire, Swarm, 7 Little Superheroes, Videoman, The Prison Plot, Spidey Goes to Hollywood, The Vengence of Loki, Knights and Demons, Pawns of the Kingpin, Quest of the Red Skull. 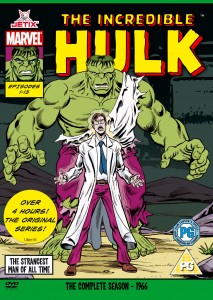 This two disc release is the Grantray-Lawrence Animation production of the very first animated series of The Incredible Hulk, a landmark production in being the first ever Marvel comic to be transformed into a carton series. This monumental DVD features all 39 original episodes from the 1966 series, making it a must for any comic book fan or animation enthusiast.

See where it all started in The Incredible Hulk?s very first animated adventures, available for the first time as a complete series on DVD!

Episodes: Origin of the Hulk / Enter the Gorgon / To Be A Man / The Terror Of The Toadmen / Bruce Banner Wanted For Treason / Hulk Runs Amok / A Titan Rides The Train / The Horde Of Humanoids / Hulk On The Rampage / The Power Of Dr. Banner / Where Strides The Behemoth / Back From The Dead / Micro-Monsters / The Lair Of The Leader / To Live Again / Brawn Against Brain / Captured At Last / Enter?The Chameleon / Within This Monster Dwells A Man / Another World, Another Foe / The Wisdom Of The Watcher / The Space Phantom / Sting Of The Wasp / Exit The Hulk / Hulk Vs. Metal Master / The Master Tests His Metal / Mind Over Metal / The Ringmaster / Captive Of The Circus / The Grand Finale / Enter Tyrannus / Beauty And The Beast / They Dwell In The Depths / Terror Of The T-Gun / I?Against A World / Bruce Banner Is The Hulk / A Man Called Boomerang / The Hulk Intervenes / Less Than Monster, More than Man 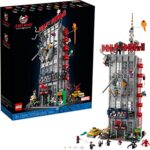