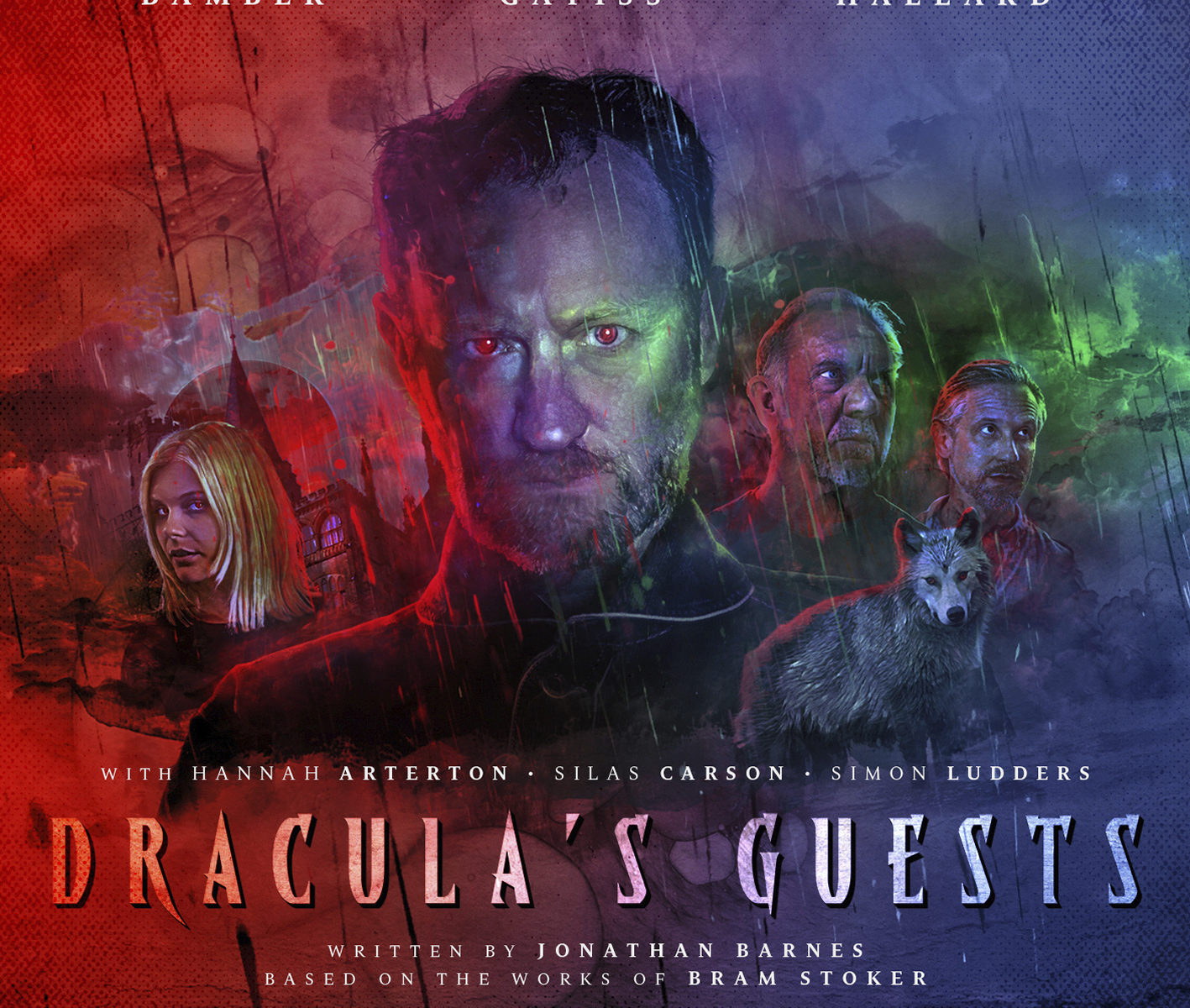 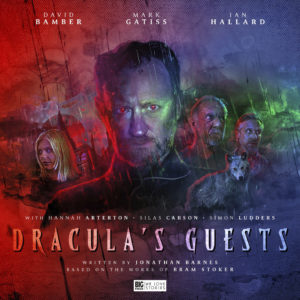 Mark Gatiss takes on the role of the definitive Vampire, Dracula, in the first of two new full-cast audio dramas from Big Finish this year.

Dracula’s Guests, released today, is a prequel to the events of Bram Stoker’s Dracula (itself adapted by Big Finish in 2016) and forms the first part of a trilogy, to be completed with Dracula’s War, in September.

Sitting in his castle like a spider in its web, Count Dracula is setting his plans in motion.

Soon he will travel to England, there to cut a bloody swathe through polite society and pit himself against a dedicated crew of vampire-slayers.

Yet before then there is much to be done. A certain artist must be brought to him and a certain portrait painted. An old tale must be told, drawn from the darkest recesses of Transylvanian history. And in faraway London an honest police detective must be corrupted and set to work in the service of the Count.

The vampire king is making preparations. And his survival will be assured – no matter the cost.

Producer and director Scott Handcock explained how the prequel came about: “The idea for more came about entirely because of Mark Gatiss. I was working on the final block of Sherlock up in Cardiff, when he clocked me on set and took me aside for a bit of a gossip!

“This was in 2016 and Big Finish’s first Dracula release was still quite recent, and obviously Mark posed the question: ‘When are we doing more?’ Of course everyone asks that but, when I realised he was serious, I spoke with the powers-that-be and Jonathan Barnes, and very quickly got a green light to develop two new storylines.”

Writer Jonathan Barnes agreed: “The brief was wonderfully open-ended: two three-hour box sets to feature characters and situations from Bram Stoker’s world. The details were largely up to us and we were given a huge amount of leeway.”

Actor Mark Gatiss said: “It was delightful to finally play the old boy. I had a very croaky voice at the time which suited it hugely. It was great to record it so close to the mic – whispery and sinister. A dream come true! I thought the scripts were really inventive and spooky. As we know, Dracula has a habit of coming back (especially in the Hammer films).

“When he comes back, people often struggle to know what to do with the Count but these new stories really rise to the challenge! An unexpected bonus! Bram Stoker’s great gift was to synthesise vampire myths into this one, totemic character. Then many generations of talented people have added to the legend to create the irresistible, aristocratic uber-vampire that we love today.”