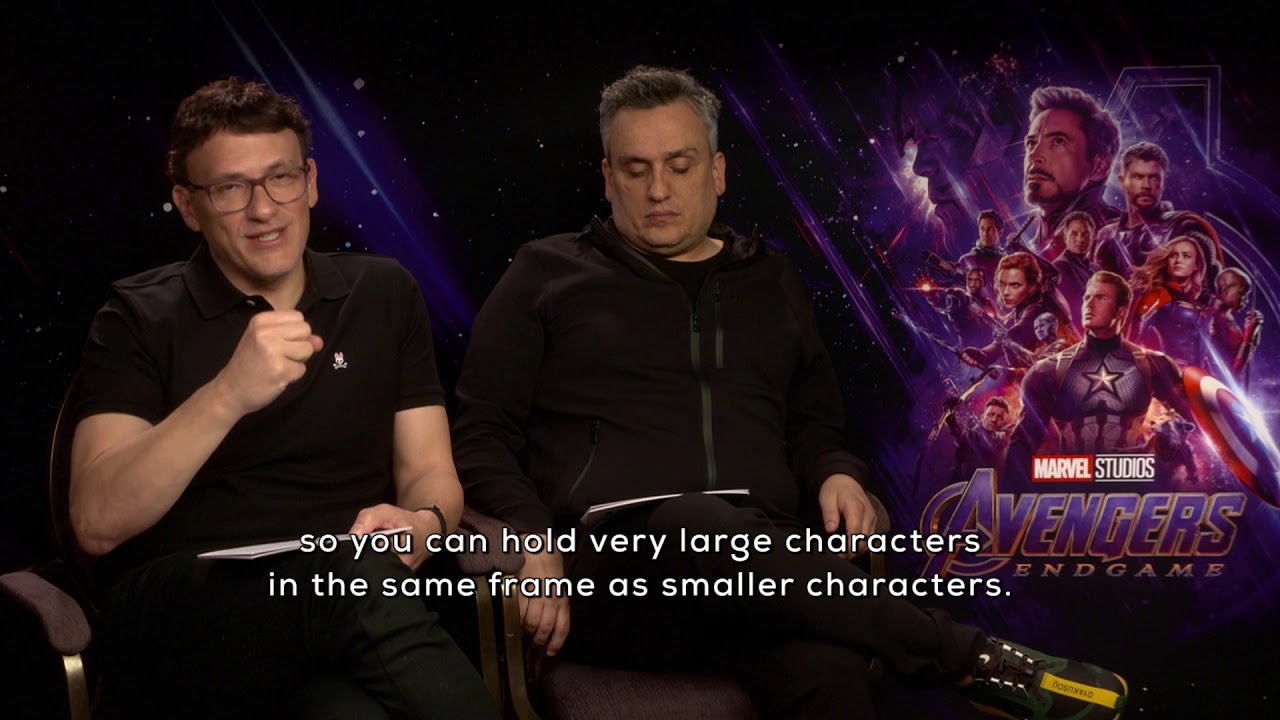 Seeing Avengers: End Game in IMAX means that audiences will get to experience the full scale and emotion of this finale – the way the Russo Brothers intended. The crystal-clear images will fill the IMAX screen for the entire film, showing up to 26% more picture than audiences would see in standard cinemas. Add IMAX’s heart-pounding audio to the mix, and this is one cinematic event that fans cannot afford to miss.

Fans in mind we have some Questions and Answers with Endgame’s Russo Brothers:

To get your tickets to see AVENGERS: ENDGAME in IMAX, please visit IMAX AVENGERS TICKETS

About the IMAX Cameras

Directors Joe and Anthony Russo utilised the ALEXA IMAX 65mm camera to film AVENGERS: ENDGAME. It is a next-generation revolutionary 2D digital camera developed through a partnership between ARRI and IMAX for use by today’s leading filmmakers working in the IMAX® format. The camera, when combined with IMAX’s digital re-mastering process, delivers the highest level of digital image capture and playback resulting in stunning lifelike images with pristine clarity, incredibly fine detail, vivid colours and a higher dynamic range for superior contrast. This camera is no stranger to the world of superheroes as it was first used by the Russo Brothers to shoot the airport battle sequence of CAPTAIN AMERICA: CIVIL WAR, and again for AVENGERS: INFINITY WAR (in its entirety).