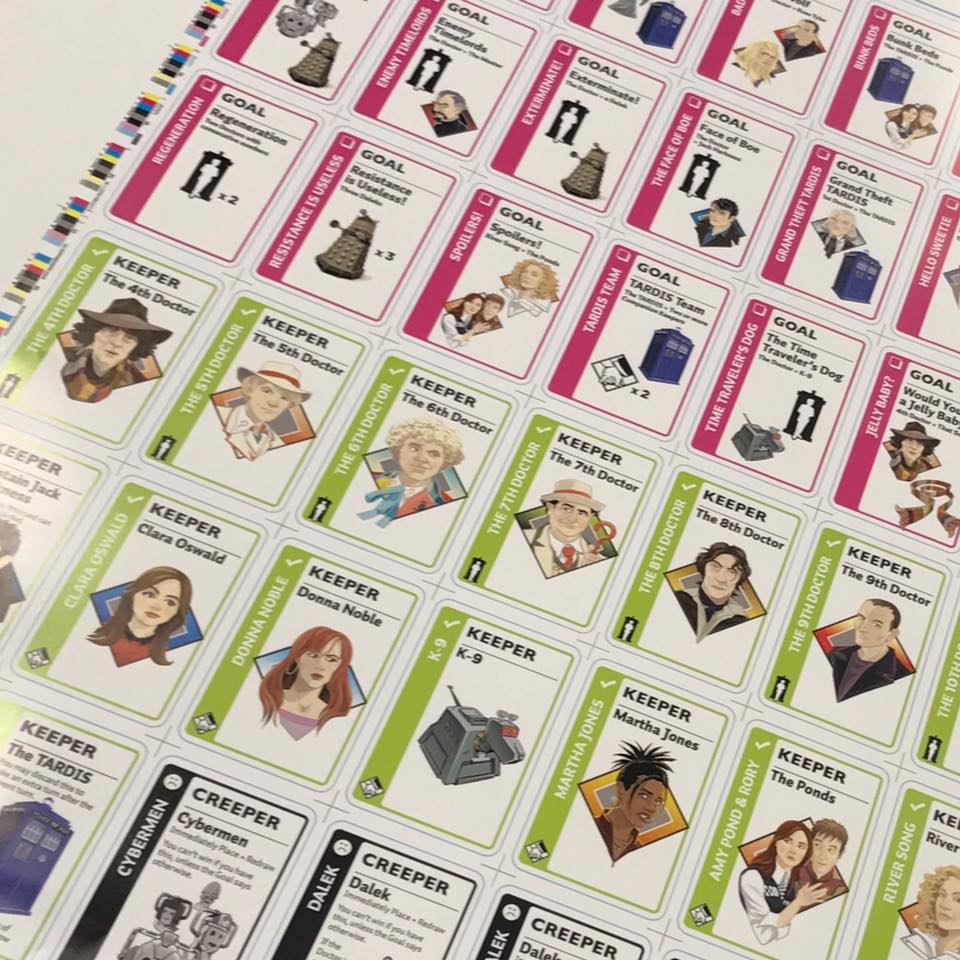 In a statement on their facebook page Looney Labs confirmed a Doctor Who flavour of their amazingly mad, evolving card game FLUXX

Yes, the rumors are true: Doctor Who Fluxx is coming soon! We signed off on art proofs and sent it to the printer. It will be in stores on November 23 – 54 years after the very first episode of Doctor Who aired on BBC TV! Get ready to treat yourself for the holidays: buy yourself a copy of Doctor Who Fluxx. It’s about time! #doctorwho #doctorwhofluxx #bbc Doctor Who

It was accompanied by a photo of an uncut sheet of cards.

We are dying to get our hands on this so if Looney Labs are reading we can give you an address to send a copy to.

The latest and greatest version of the card game with ever changing rules! Easier than ever with just the four classic card types that fans the world over have come to know and love. It starts out simple: draw one card and play one card – but New Rule cards quickly make things chaotic.

Even the object of the game will often change as you play, as players swap out one Goal card for another. Can you achieve World Peace before someone changes the goal to Bread and Chocolate?

Doctor Who is not the first licenced version of Fluxx, there are versions of this card game tied into The Regular Show, Monty Python, Adventure Time, Batman and Firefly. As well as generic varieties, like Star Fluxx, Pirate Fluxx and Cthulhu Fluxx.