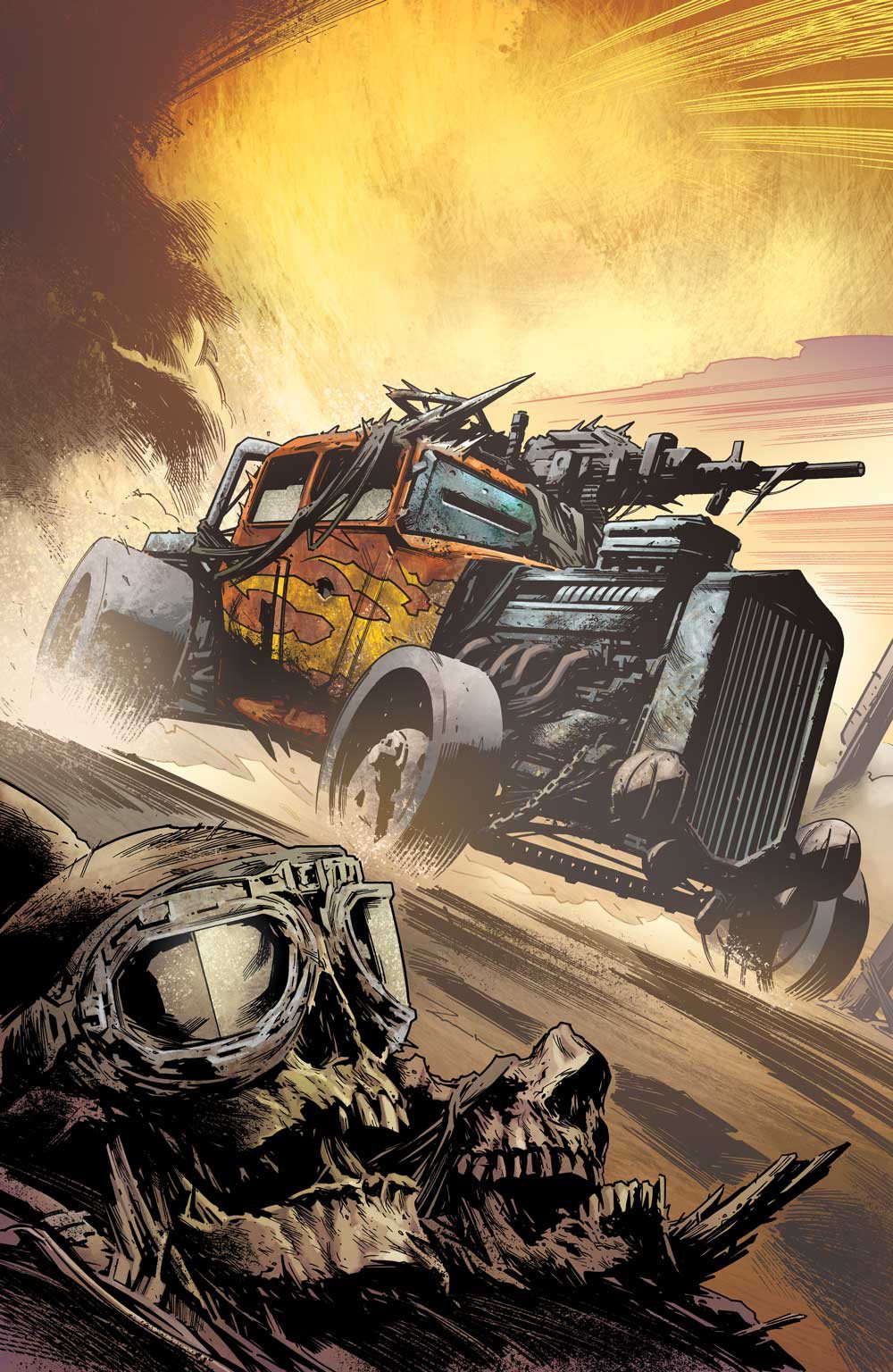 One of my favourite game books Freeway Fighter, penned by living legend Ian Livingstone, which was adapted into a comic book series thanks to writer Andi Ewington and Titan Comics.

This is a new post-apocalyptic road-trip series based on the world famous Fighting Fantasy gamebooks, which will be roaring into comic stores in the spring of 2017.

Critically acclaimed writer Andi Ewington (Just Cause 3, The Six) teams up with original creator Ian Livingstone and artist Simon Coleby for FREEWAY FIGHTER – a furious, three-part road trip like no other – with colours by Len O’Grady and lettering by Jim Campbell.

Fans of the original Fighting Fantasy gamebook will also be pleased to learn that the comic features a dedication to Kevin Bulmer, the book’s original, distinctive interior artist.

An unknown virus has wiped out over 85% of the world’s human population. Former I-400 Driver Bella De La Rosa is one of the 15% – living every day as if it were her last. Now, eighteen months after the collapse of civilization, faced with a new world order where violence and chaos rule the Freeway, she must hone her racing skills and survive any way she can!