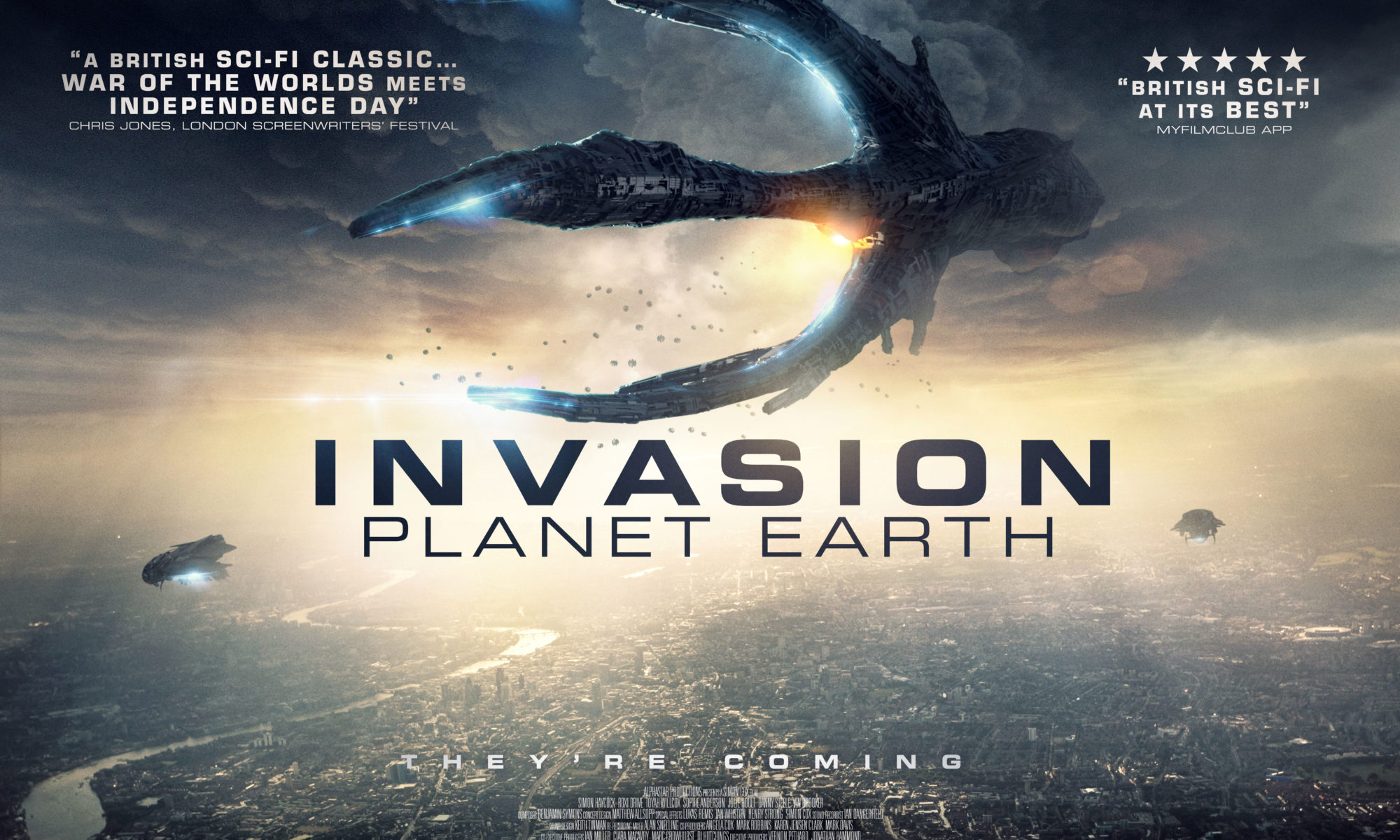 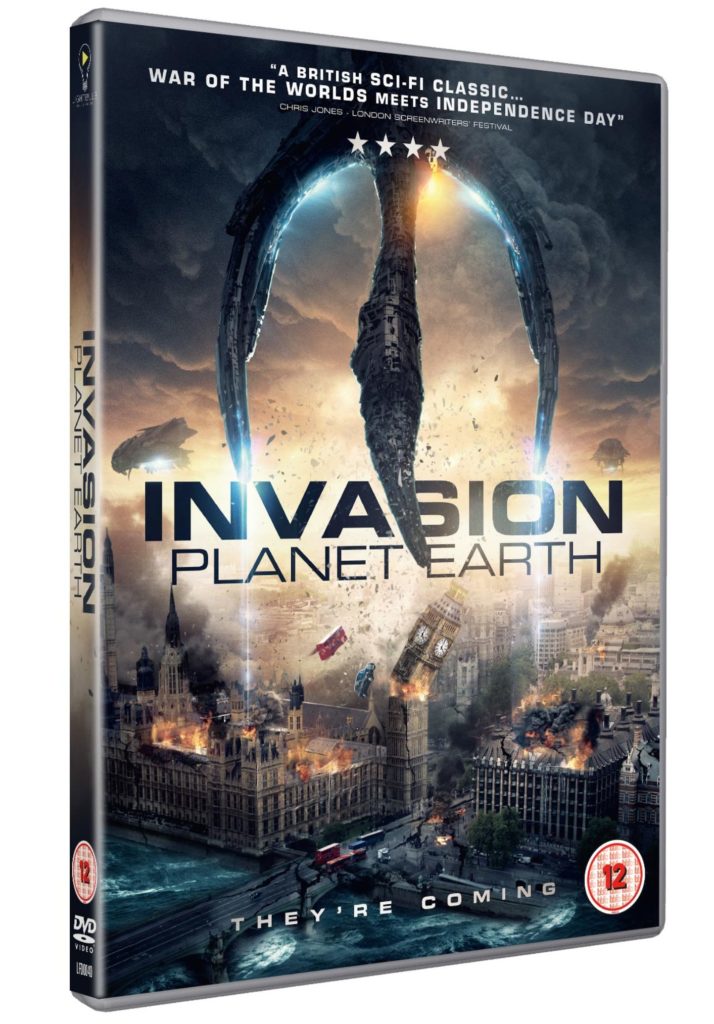 Invasion Planet Earth opens in UK Cinemas from 5th December 2019 and is available on Digital Download from 16th December and DVD on 30th December. For one night only on 5th December, cinema screenings will be followed by From Dream to Screen, a documentary featurette by Simon Cox.

“After the death of his young daughter, Tom Dunn is a broken man. When his wife falls pregnant again, he cannot believe their luck. However, his joy is short lived, as on the very same day, the people of Earth become plagued with terrifying visions of the end of the world.

When a gigantic, all-consuming alien mothership appears in the sky and launches a ruthless attack on Earth’s cities, chaos and destruction follow!

Tom must find the strength and wisdom to save his wife and unborn child. However, first he must confront a shocking truth. A truth which threatens the key to the survival of the human race.

The ultimate war for Planet Earth is about to begin…”

The film, originally titled Kaleidoscope Man, is the brainchild of British filmmaker Simon Cox, who directed, co-wrote, edited, as well as supervised and produced the vfx. Taking inspiration from sci-fi classics such as Star Wars and The War of the Worlds, Simon began working on the film in the 90s, spending six years filming around the Birmingham area.

After years of pitching to the UK film industry and private investors, a small amount of money was raised which Simon used to produce a pilot and for concept art to be created. However, it soon became apparent that funding this movie in what was then, the traditional way, was not going to happen. In 2012, Simon took the bold decision to crowdfund the film using social media.

It took two years and seven campaigns for Simon and his team to raise a significant amount of money which enabled them to shoot around a third of the movie. These included a spectacular scene in Central Birmingham where nine hundred extras turned up, in an epic, War of the Worlds style battle scene.

Simon then found some investors who financed the rest of the movie. However, this took time and once the live action scenes were finally shot, the special effects took another two and a half years to complete. In total, the movie was in production for seven years with ten years before that in development. Such was the multitude of generous donors and patrons of this project; the film lists over 100 producers on IMDb! 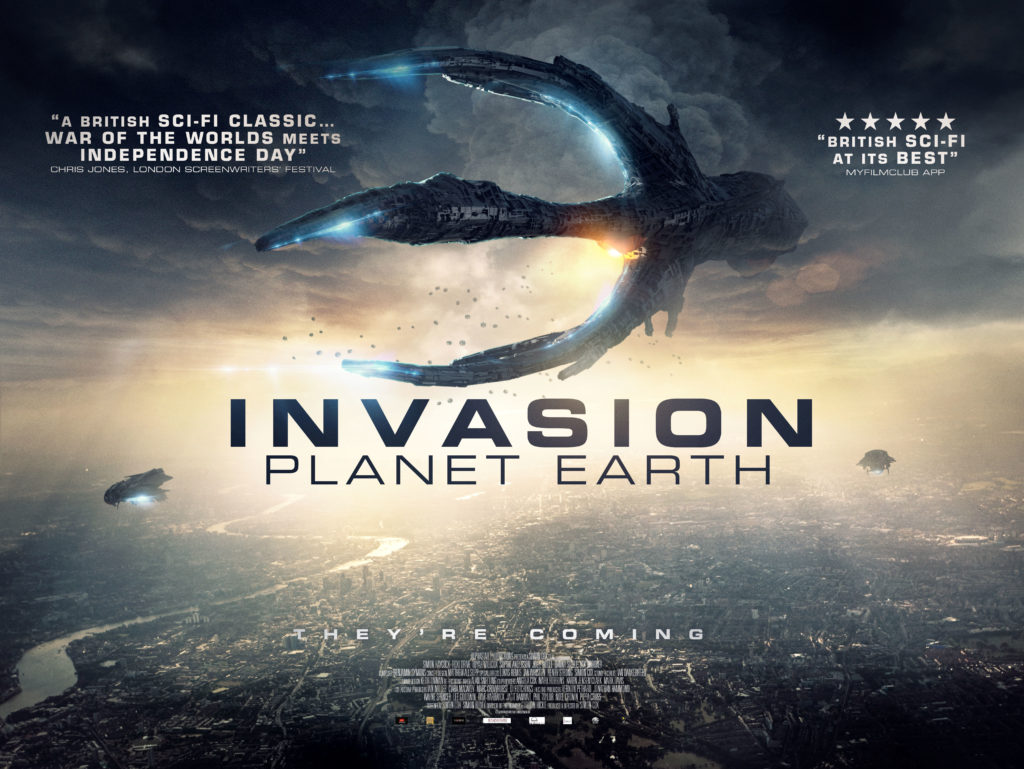