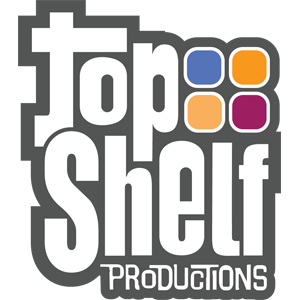 “The acquisition of Top Shelf is a milestone for IDW,” said Ted Adams, IDW CEO and publisher. “We looked a very long time for a company that would complement our own publishing line-up, and in Top Shelf we found the ideal match. The addition of Top Shelf’s library further positions IDW’s leadership role among the top powerhouses in comics.”

Top Shelf will remain a distinct imprint within IDW and co-founder Chris Staros will join the company as Editor-in-Chief, Top Shelf Productions. Top Shelf’s fans can expect the same independent editorial approach that has garnered industry-wide awards and made it an envy among its peers.

“IDW is committed to preserving and growing the Top Shelf brand, which we’ve long admired” said IDW president and COO Greg Goldstein. “Chris and his team have built a great working relationship with creators, fans, and retailers alike, and IDW will work diligently to expand Top Shelf’s publishing capabilities and market reach while further developing those relationships.”

“Top Shelf and IDW complement each other perfectly,” said Top Shelf Productions co-founder and publisher Chris Staros. “We both started around the same time, and when I would watch IDW over the years, as a fellow publisher, I’d see them making smart move after smart move. Now I’m extremely excited to combine their talents and resources with Top Shelf’s award-winning literary approach to comics. And believe it or not, the idea to join forces hit us both at exactly the same time. Last year, as I was about to pitch Ted and Greg this ‘crazy’ idea, they approached me to suggest the same thing! How’s that for a good omen? Together, we’re going to be able to publish some incredible work. I’m really looking forward to this.”