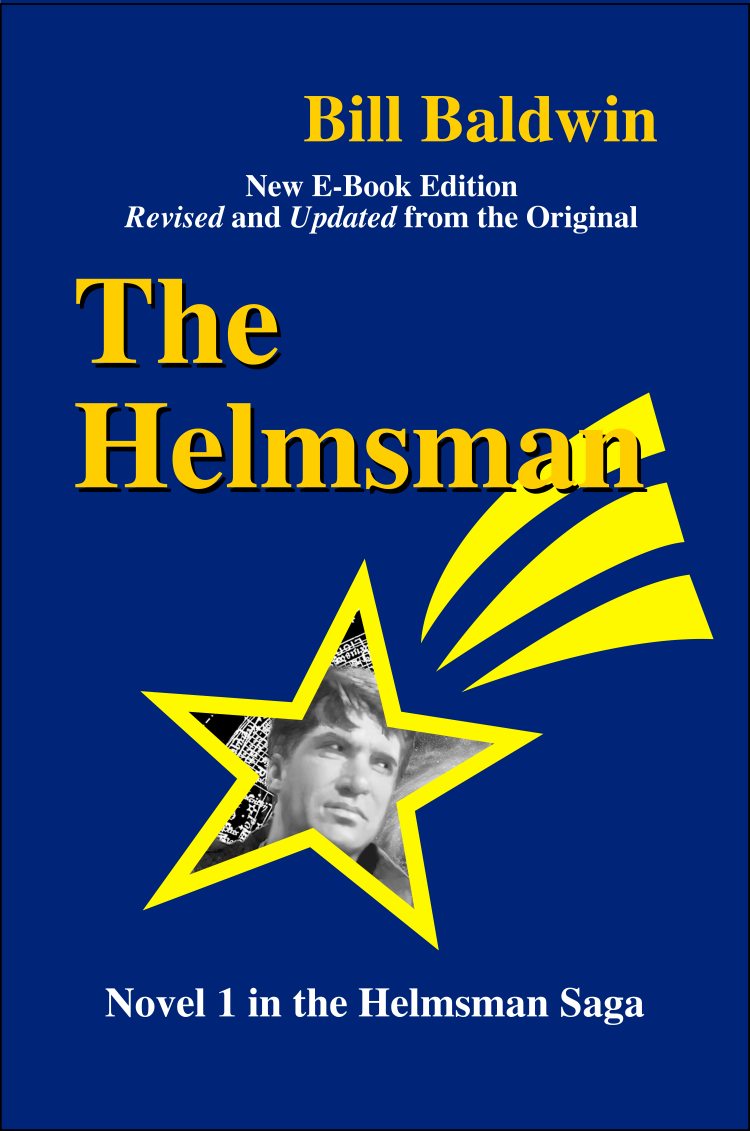 Get it from Amazon USA

Selling thousands of copies in its first printing, The Helmsman is the start of Bill Baldwin’s epic, eight-part militaristic space opera – The Helmsman Saga. Using actual histories of World Wars I and II as a template, the novel chronicles the adventures of StarSailor and extraordinary Helmsman Wilf Brim during an epoch of discord and outright war among various star-nations within our own galaxy.

About the Author Bill Baldwin


Bill Baldwin is the author of the bestselling Helmsman series and Canby’s Legion. He is a graduate of The Mercersburg Academy and the University of Pittsburgh, where he earned a B.A. in Journalism and a Master of Letters degree. He served as a Lieutenant at the U.S. Air Force Missile Test Center, Foreign Technology Division, Cape Canaveral, Florida, supporting Project Mercury as Chief of the Reports Division. Later, Baldwin served as a contractor for the NASA Manned Spacecraft Center.