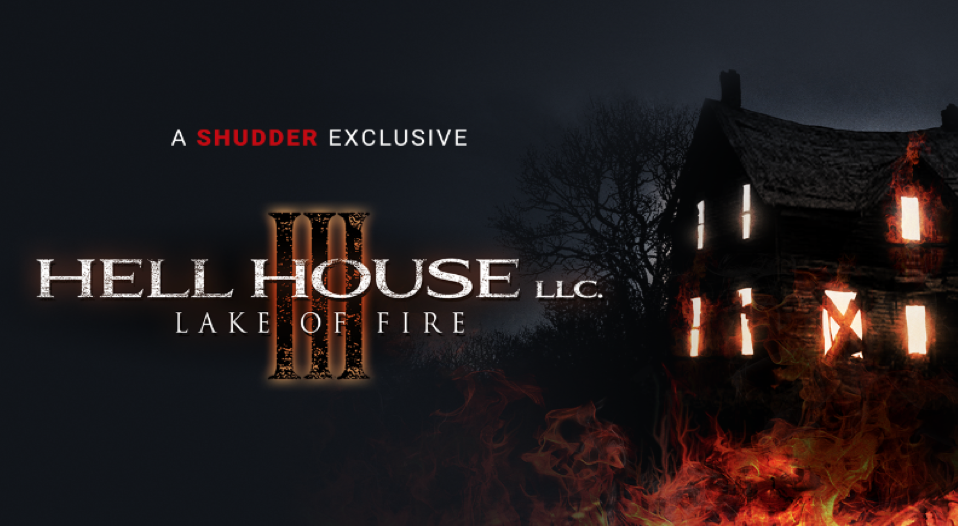 My Horror Movie Obsession Gets a Third Instalment

Just over a year ago, I was bored one evening. I ended up browsing Amazon Prime Video and looked for a horror movie. Now quite often when I do this I will start watching a film and end up giving up in about 5 minutes.

So I loaded up Hell House LLC, the story sounded ok, and I thought I would give it a go. This was a Found Footage film and I am not a fan of the genre. The Blair Witch bored me. In fact as a film style I would typically avoid (though a few other gems stand out – ask me about them on twitter). But on this one occasion I dove in and stuck with it. I am glad I did. It was a solid horror affair, group of people setting up a haunted house attraction in a real haunted house, as a pitch seems a bit tired, but the execution of the premise and the fleshing out of the story REALLY worked.

In fact Hell House LLC is probably my most watched movie of 2018 and 2019. Probably as I have possibly watched the Sequel which followed Halloween of 2018 (After what seemed like a VERY long wait).

The second part propelled the story into definite trilogy mode. Taking and expanding on the events of the original.

And now I have another 3 weeks to wait for the concluding part of the trilogy as Hell House LLC III: Lake of Fire will launch exclusively onto SHUDDER (the Horror Streaming Service) on the 19th September 2019 (Shudder USA, Shudder Canada and Shudder UK).

In the final installment, guests both past and present will be forced to battle for their souls in Hell House LLC III: Lake of Fire, as all is revealed about the infamous Abaddon Hotel and the evil that dwells there. Set one year after the events of Hell House LLC II: The Abaddon Hotel, the hotel is on the verge of being torn down when it is purchased by billionaire Russell Wynn (Gabriel T. Chytry) as the new home for his popular interactive show, “Insomnia.” He invites journalist Venessa Sheppard (Elizabeth Vermilyea) and her crew to record everything happening inside the hotel leading up to the performance, but they soon encounter a more nefarious plot, one that threatens to unleash a veritable hell on earth.

This is the third part that the saga needed. As with all good third parts Lake Of Fire goes back a step and resolves the threads started in the original.

There is a sense of new cast same story as the Haunted House Attraction becomes an immersive play, but there are reasons and it is very easy to overlook this.

It is nice to see some of the old cast return, would have been intrigued to venture further into their stories, as I am sure there is scope to expand them with the emergence of old footage, but this is a chapter of resolution, not harking back.

BUT there is enough material left unanswered to allow for user interpretation and possible spin offs.

Big criticisms include the (over) use of old footage from the previous films, even with this there is no way this film could act as a stand alone film. It is definitely the closing chapter of a trilogy. It would be nice if this fact was embraced with more new scares instead of importing them from the other films.

But again this caps of the trilogy nicely. There is story, some frights and ‘blood, so much blood’, and some of the humour and creepiness of the first two, but does fall short of the original with these.