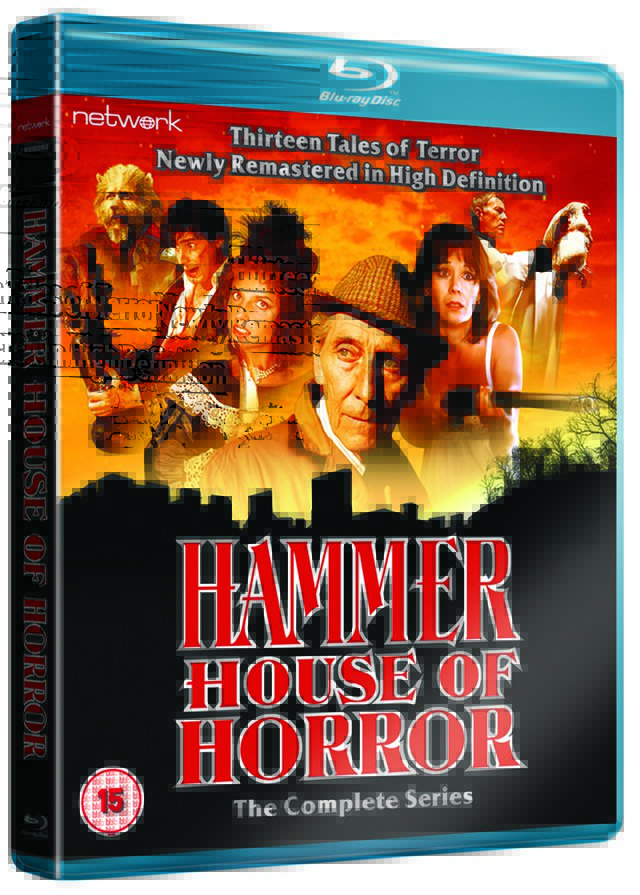 The 1960s and 1970s saw they hey day for Hammer Horror movies, but come the 1980s the shift to TV happened. 1980 saw the Hammer House Of Horror hit screens. It is a horror anthology series of 13 episodes in just one series. Each episode was around 50 minutes long (Transmission time would have been 1 hour with adverts). Sadly Peter Cushing’s input was just one episode and there is no appearance by Christopher Lee.

This Halloween Network are releasing Hammer House of Horror – available for the first time on Blu-ray from 23rd October 2017.

This star-studded anthology from Hammer Films presents thirteen unforgettable tales of spine-chilling terror!
Reimagining classic Hammer themes in a contemporary British setting and signalling a new direction for the legendary film studio under the aegis of producer Roy Skeggs, the series blends the supernatural with a very modern horror from hauntings and demonic possessions to sinister incarcerations and cannibalism…