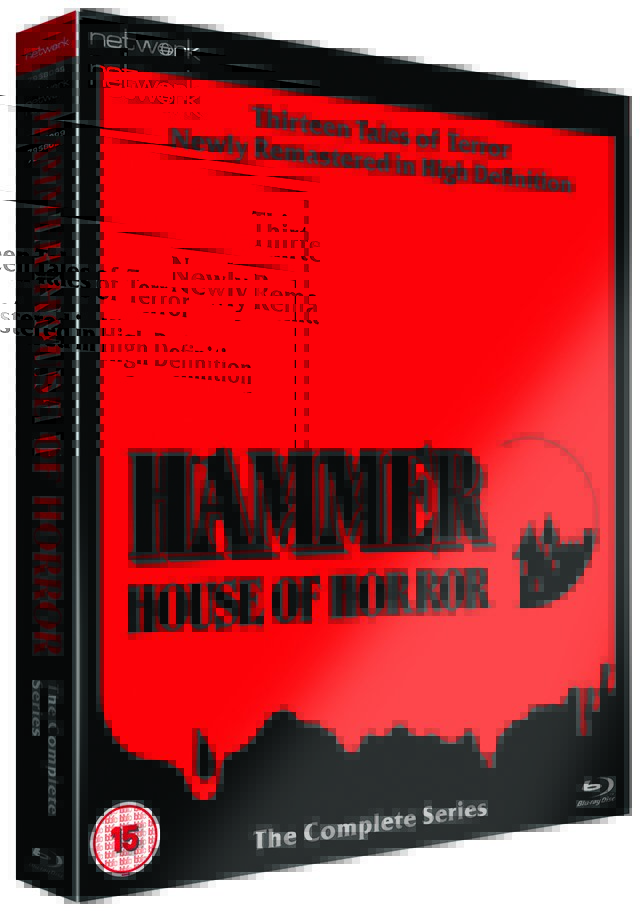 Hammer Films had their horror movie hayday in 1950-1970s. Cannot be denied they produced their best output in the late 1950s to 1960s with those films centred round the iconic horror figures of Dracula, Frankenstein, The Mummy and the like.

Fast forward to 1980, the horror movies had dried up but the HAMMER name was still popular in people’s minds. The movie to TV went with the times, and a modern day anthology series came about.
Modern setting = reduced productions costs for a series taking new characters to the screen each week.

The standard of story is fair, but it is just as fair to say that the series is quite dated and an obvious product of the times. Often touching on the horror trope of a descent into madness.

Peter Cushing makes an appearance in just one episode THE SILENT SCREAM, and that is a welcome addition to the series.

Despite quite a cast of greats including the aforementioned Peter Cushing, Diana Dors, Denholm Elliott, Brian Cox and Sian Phillips the biggest draw to this series is the nostalgia element. The series is nearly 40 years old and without an ongoing arc or characters it is actually good thing that the series didn’t persist into a second series.

It bears the name HAMMER so is a must have for the completest, and any Hammer fan that hasn’t seen this series before should check it out, but not expect too much.

This Blu Ray is the first time the complete series is available in High Definition restoration from the original film elements. The Blu Ray keeps the fullscreen (4:3) aspect ratio from the original transmission, though I suspect there was a temptation to release these as wide screen. As it is just the one episode, Guardian of the Abyss, is presented in widescreen.