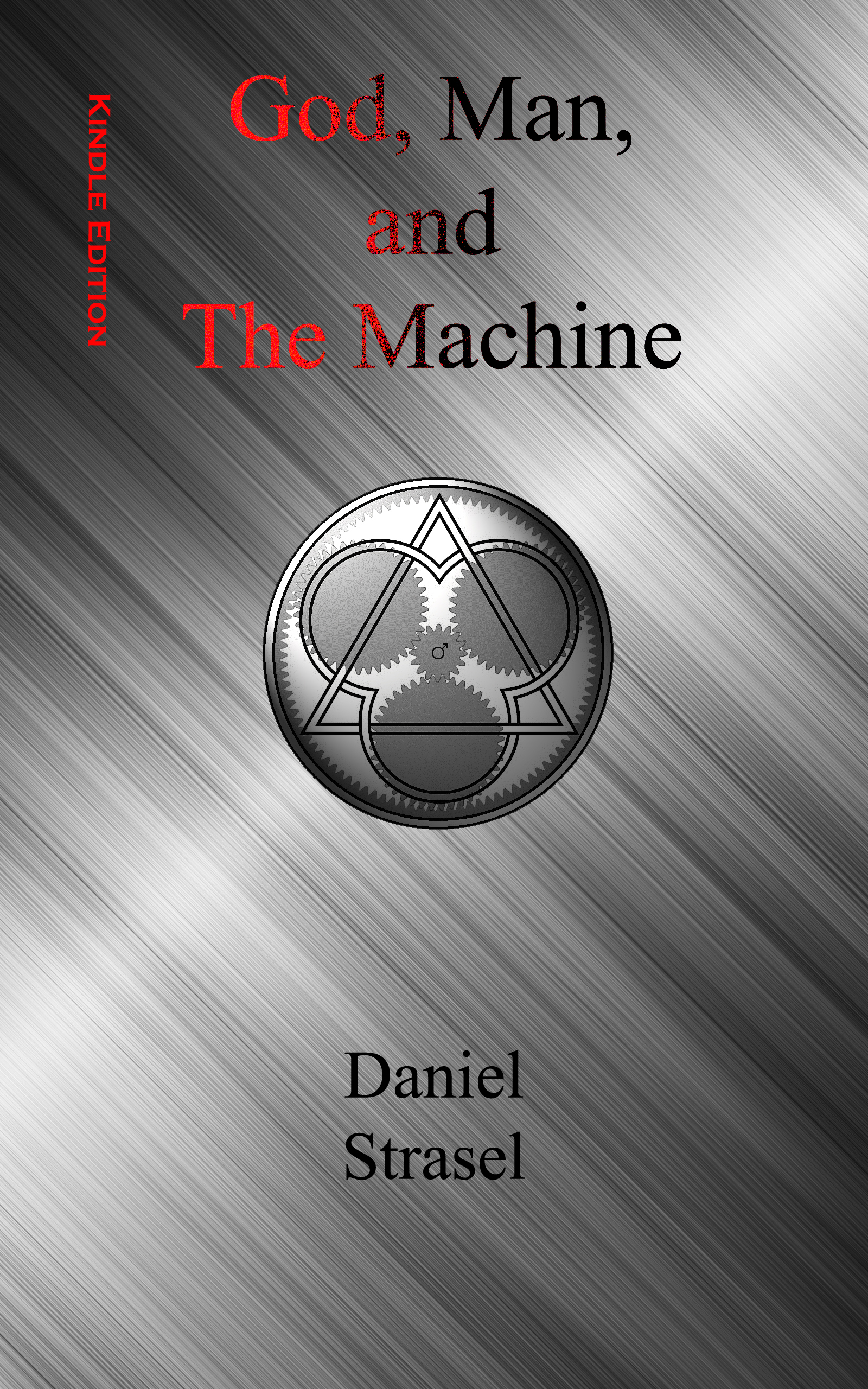 Daniel Strasel releases into the electronic world a book that will make you think. Concise, relevant, yet never taking itself too seriously; the novel promises to deliver more than just a story. Daniel thanks the reader and secretly places before them a didactic guide to the questions of existence.

Previously only available in paperback, God, Man, and The Machine has direction that is beyond simply bouncing characters off one another, and a storyline that never asserts to insult or assume.

Silverberg, the world’s youngest and undisputedly most powerful country, generally entertains only the
most prominent visitors and immigrants. However, this year it has intentionally attracted an otherwise uninteresting young man of average station. When the powers that lured him cannot find him, the hunt begins.

Misunderstanding his importance, multiple operatives of high station and various loyalties race to find him. As time progresses, the intensity thickens. Those who join this man find their own lives disrupted and changed forever, swept up by the storm surrounding him.
While he means no harm to anybody, his pursuers will not rest until he is found and destroyed. It is only a matter of time. Bombarded with varying opinions about the truth, this man struggles for discernment and understanding, but what he believes cannot save him – or can it?

Available now on Amazon.com and Amazon.co.uk

About Daniel Strasel the Author Of God, Man, and The Machine : Daniel is a working man, who tries hard for his family. He says that he seldom has time to afford for distraction, including even the luxury or honor of writing, and therefore simply attempts to commit to it whenever the opportunity presents itself. God, Man, and The Machine is the result of working ‘in-between.’ The world and its demands notwithstanding, he will continue to devote himself to the embellishment and propagation of his literature.