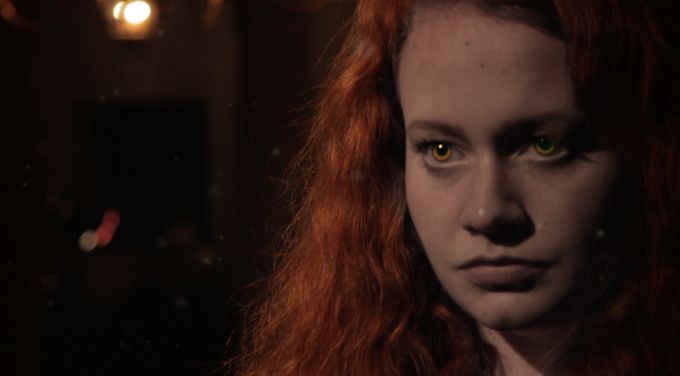 Want to become a Monster or Exec Producer in the second Season of the award-winning Amazon Prime TV show?

SillyWeeFilms have confirmed that they have launched a crowdfunding campaign to secure funding for their second season of  Cops and Monsters . Donors to their crowdfunding campaign are set to be rewarded with a number of incentives, which include a role in an episode (as a monster), a credit in the titles and signed scripts and DVDs. The highest donors will even be listed in the credits as Associate or Executive Producer in the credits and on IMDb. Cops and Monsters  is an on-going, award winning supernatural police thriller set in a near-future Scotland. When vampires, werewolves and zombies come out of hiding, the country breaks out into war and riots with both sides fighting for control. Eventually the First Minister and the heads of the vampire and werewolf societies meet and form a treaty that will allow humans and supernaturals to co-exist. As such a police team, the Paranormal Investigation Team Scotland, are put into place to police  and protect both sides.In 2017 the team successfully crowdfunded the budget for the 8th and final episode of series 1, raising over £15000 to shoot the episodes over two years, starting in 2015. The episodes were released via their YouTube channel along with behind the scenes videos, cast and crew interviews and more.Series 1 featured guest stars such as Sophie Aldred (Doctor Who), Rachel Teate (Wolfblood), James Mackenzie (Raven), Leona Kate Vaughan (Wolfblood), James Payton (Harry Potter), Caitlin Blackwood (Doctor Who) and Katrina Bryan (Nina and the Neurons), working alongside upcoming actors including Simon Weir (Trainspotting 2) and Chris Bain (Shooting Clerks).Moving ahead with series 2 the team have secured Debbie Moon (BAFTA winning Wolfblood creator), Philip Lawrence (Big Finish) and Simon Underwood (Wolfblood) to join James T Harding (Broadway Baby), Laura Anne Anderson (BAFTA winning team member of CBeebie’s OOglies) and series creator Fraser Coull to pen 6 x 20 minute episodes, which will stream directly on Amazon Prime UK, US and Amazon Instant Video. The team have set up a several crowdfunding accounts t o raise funds to shoot the brand new series, which will consist of 6 x 20 minute episodes, focusing on a “story of the week”. Once complete, the episodes will be streamed from Amazon Prime UK, US and Amazon Instant Video.
To support the TV Series, go to Patreon ($) or Drip (£) to make your donation!People can also donate via PayPal. Details are at https://copsandmonsters.co.uk/support-the-show/.