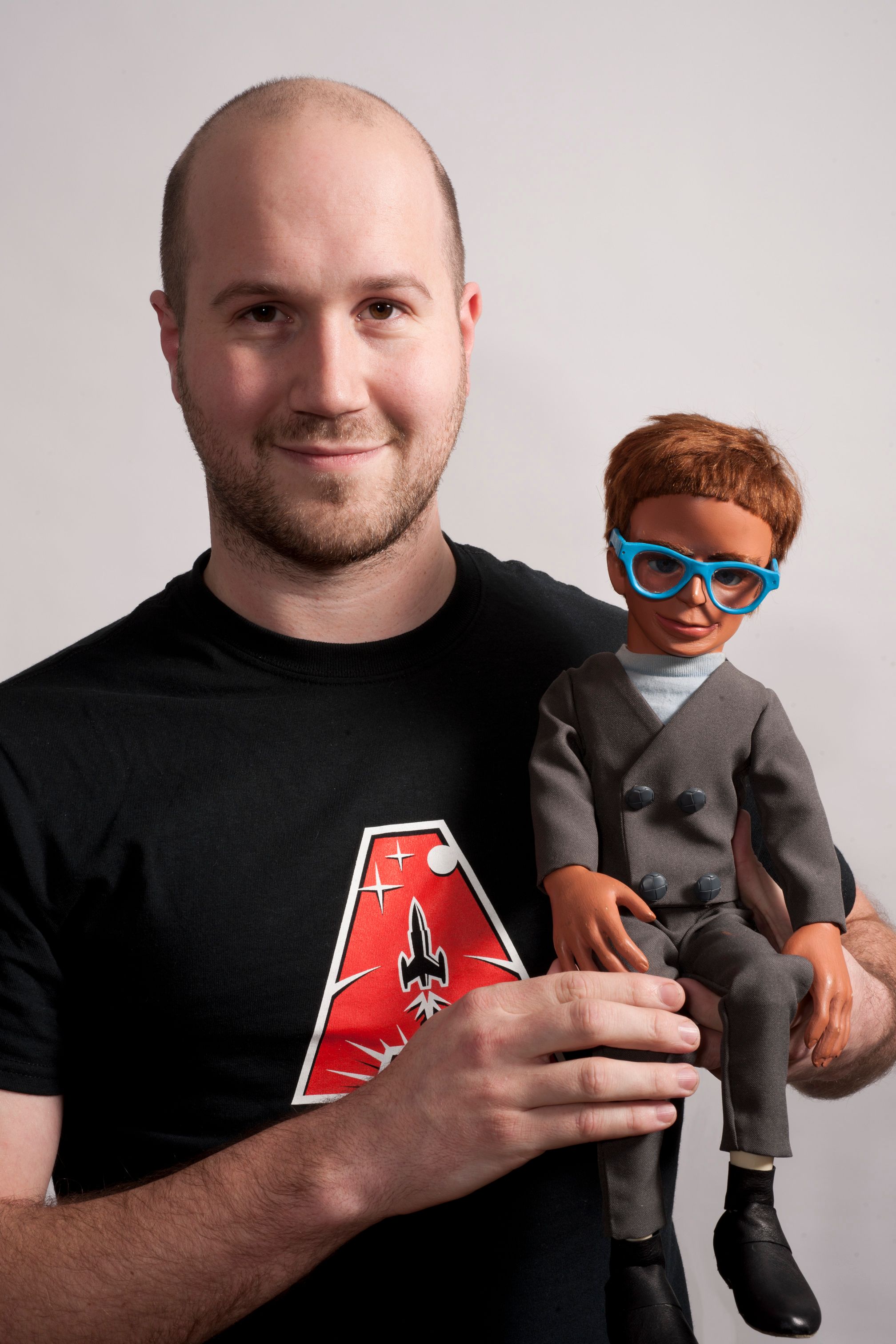 Anderson Entertainment today announce the launch of a stunning photo book – Gerry Anderson: A Life in Pictures – featuring nearly 300 photographs from Gerry Anderson’s private collection from every decade of his incredible life and career.

Gerry Anderson, MBE – the man behind iconic TV and film productions including Thunderbirds, Captain Scarlett, Fireball XL5, Stingray, Space: 1999 and UFO, died on 26 December 2012 and his estate has now released 156 pages of behind the scenes and private photos in a beautifully presented full colour hardback book.

As Gerry’s son, Managing Director of Anderson Entertainment, says, “Dad was Britain’s Walt Disney and led a fantastically interesting life. We wanted to commemorate him and the 50th anniversary of Thunderbirds by publishing this wonderful collection of photographs from his private collection. With so many of the photographs having never seen the light of day before, it’s a real visual treat for Gerry Anderson fans – telling his life story in a way that hasn’t been done before!”

The book, which costs £24.99, is available via Amazon and the Official Gerry Anderson online shop: