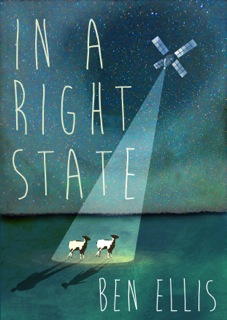 Your information is being sold. And guess who’s paying for it?

It’s 2066, and living in a country where big corporations are constantly undressing you with their spies isn’t much fun for Duncan. He remembers the days when information was protected, not sold to the highest bidder. When his illegal organic vegetable trade is discovered at the bottom of his garden in the town of Wigthorn, the tomatoes really hit the fan.

Amy works for Pharmara, the biggest pharmaceutical company in the UK, analysing user data. Yes, it’s as boring as it sounds but she believes a little corporate access to personal information is a small price to pay to live in a post-tax, post-carbon, post-poverty world.

Poppy lives in Shaded Vale, a town rich enough to stay off the radar. Her father has some big plans to shake up the industrial power balance.

Thrown together by circumstance, Duncan, Amy and Poppy become tangled in a dangerous quest for truth with Pharmara Security hot on their heels. But if knowledge is power, how is it that those in power are such idiots?

In A Right State is a near-future adult dystopian/satire set on the South Coast of England.

This is the debut novel by Ben Ellis. More about Ben and his works can be found here.